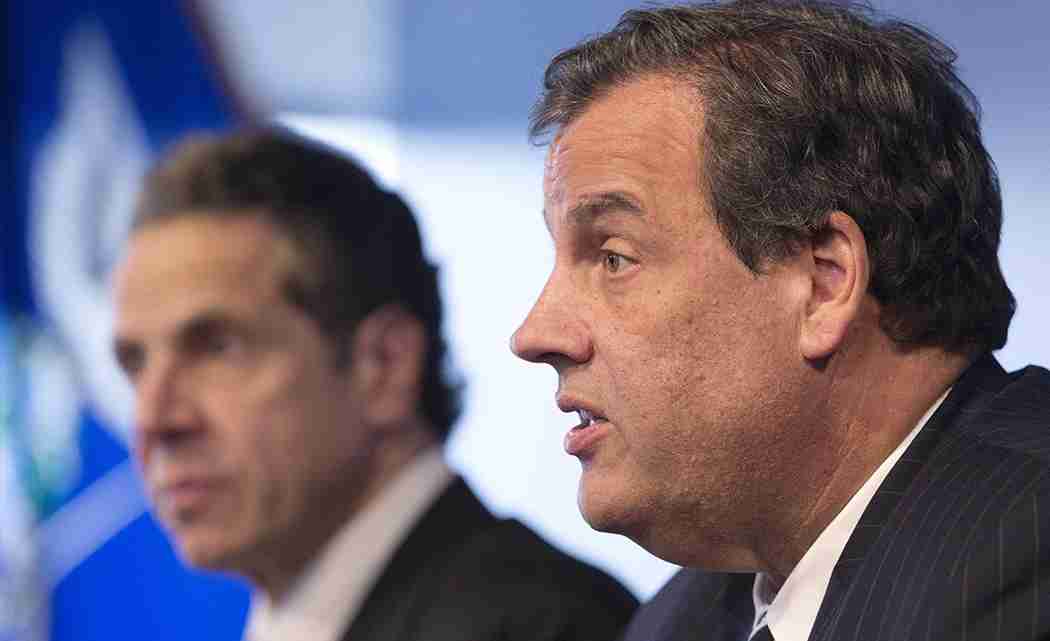 NEW YORK (AP) – State leaders in New York and New Jersey are at odds with scientists over Ebola as the states’ governors back 21-day quarantines for medical workers returning from West Africa, while the nation’s top infectious-disease expert warns that such restrictions are unnecessary and could discourage volunteers from aiding disease-ravaged countries.

The two governors late Sunday night emphasized separately that their policies permit home confinement for medical workers who have had contact with Ebola patients if the workers show no symptoms. They will receive twice-daily monitoring from health officials.

The emphasis on home confinement was at odds with the widely criticized treatment of a nurse returning from Sierrra Leone who was forcibly quarantined is a New Jersey hospital isolation unit even though she said had no symptoms and tested negative for Ebola.

New York Gov. Andrew Cuomo said such quarantines in medical facilities would only be used in some cases, such as if the health care workers were from states other than New York or New Jersey. For workers under home confinement, family members will be allowed to stay, and friends may visit with the approval of health officials. Workers displaying any symptoms will go straight to the hospital.

Under the protocols Cuomo detailed, the state also will pay for any lost compensation if the quarantined workers are not paid by a volunteer organization.

Cuomo had criticized Dr. Craig Spencer, who tested positive for Ebola on Thursday, for not obeying a 21-day voluntary quarantine. But on Sunday, he called the health care workers “heroes” and said his administration would encourage more medical workers to volunteer to fight Ebola.

For much of the weekend, the governors had been under fire from members of the medical community and the White House.

“The best way to protect us is to stop the epidemic in Africa, and we need those health care workers, so we do not want to put them in a position where it makes it very, very uncomfortable for them to even volunteer to go,” said Dr. Anthony Fauci, director of the National Institute of Allergy and Infectious Diseases.

Meanwhile, Kaci Hickox, the first nurse forcibly quarantined in New Jersey under the state’s new policy, said in a telephone interview with CNN that her isolation at a hospital was “inhumane,” adding: “We have to be very careful about letting politicians make health decisions.”

Saying the federal health guidelines are inadequate, Cuomo and Christie announced a mandatory quarantine program Friday for medical workers and other arriving airline passengers who have had contact with Ebola victims in West Africa, either in their homes or in medical facilities, and Illinois soon followed suit. Twenty-one days is the incubation period for Ebola.

“My personal practice is to err on the side of caution,” Cuomo said. “The old expression is, `Hope for the best but prepare for the worst.'”

The Obama administration considers the policy in New York and New Jersey “not grounded in science” and conveyed its concerns to Christie and Cuomo, a senior administration official told The Associated Press earlier Sunday. The official wasn’t authorized to comment by name and insisted on anonymity.

Fauci made the rounds on five major Sunday morning talk shows to argue that policy should be driven by science – and that science says people with the virus are not contagious until symptoms appear. And even then, infection requires direct contact with bodily fluids.

He said that close monitoring of medical workers for symptoms is sufficient, and warned that forcibly separating them from others, or quarantining them, for three weeks could cripple the fight against the outbreak in West Africa – an argument that humanitarian medical organizations have also made.

“If we don’t have our people volunteering to go over there, then you’re going to have other countries that are not going to do it and then the epidemic will continue to roar,” Fauci said.

Earlier this month, four members of a family in Texas that Ebola victim Thomas Eric Duncan stayed with before he died were confined to their home under armed guard after failing to comply with a request not to leave their apartment. Also, 75 Dallas hospital workers were asked to sign legally binding documents in which they agreed not go to public places or use mass transit.

The New York-area quarantine measures were announced after Spencer returned to New York City from treating Ebola victims in Guinea for Doctors Without Borders and was admitted to Bellevue Hospital Center Thursday to be treated for Ebola. In the week after his return, he rode the subway, went bowling and ate at a restaurant.

Hospital officials said Sunday that Spencer was in serious but stable condition, was looking better than he did the day before, and tolerated a plasma treatment well.

Hickox, the quarantined nurse who just returned from Sierra Leone, said she had no symptoms at all and tested negative for Ebola in a preliminary evaluation.

“It’s just a slippery slope, not a sound public health decision,” she said of the quarantine policy. “I want to be treated with compassion and humanity, and don’t feel I’ve been treated that way.”

Hickox has access to a computer, her cellphone, magazines and newspapers and has been allowed to have takeout food, New Jersey Health Department officials said.

New York City Mayor Bill de Blasio called Hickox a “returning hero” and contended that she was “treated with disrespect,” as if she done something wrong, when she was put into quarantine. He said that she was interrogated repeatedly and things were not explained well to her.

“We want to see all medical personnel who are part of this fight to be treated with respect, and dignity and support,” he said Sunday night.

Samantha Power, the U.S. ambassador to the United Nations who is on a trip to West Africa, said returning U.S. health care workers should be “treated like conquering heroes and not stigmatized for the tremendous work that they have done.”

In other developments, President Barack Obama met Sunday with his Ebola response team, including “Ebola czar” Ron Klain and other public health and national security officials. According to a statement released by the White House, Obama said any measures concerning returning health care workers “should be crafted so as not to unnecessarily discourage those workers from serving.”

Florida Gov. Rick Scott ordered twice-daily monitoring for 21 days of anyone returning from the Ebola-stricken areas.

The World Health Organization said more than 10,000 people have been infected with Ebola in the outbreak that came to light last March, and nearly half of them have died, mostly in Guinea, Sierra Leone and Liberia.

Fauci appeared on “Fox News Sunday,” ABC’s “This Week, NBC’s “Meet the Press,” CBS’ “Face the Nation” and CNN’s “State of the Union.” Christie was interviewed on Fox and Power spoke to NBC.