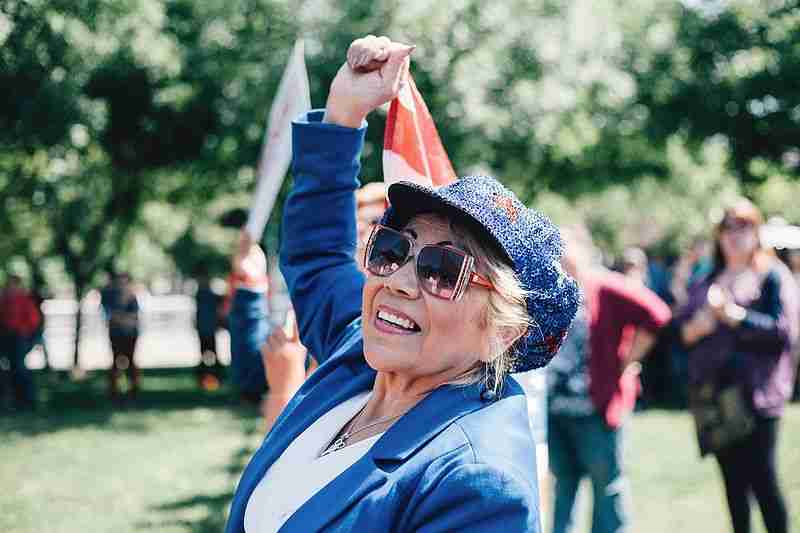 SAN FRANCISCO (AP) – Thousands of nurses, doctors, and patients who have benefited from President Barack Obama’s health care law rallied Sunday in California to denounce the Republican effort to overturn it.

In San Francisco, about 2,000 people cheered and held rainbow and American flags and signs that read “Don’t Make America Sick Again” and “Health Care For All.” Patients who survived cancer, strokes and other health difficulties took to the podium to describe how they benefited from the mandated health insurance.

House Minority Leader Nancy Pelosi, D-California, said the rallies were the Democrats’ first stand against the dismantling efforts by Republicans in Congress, who this week began the process of repealing it using a budget maneuver that requires a bare majority in the Senate.

“The Republicans don’t have a plan,” Pelosi told a crowd at a rally outside San Francisco’s City Hall. “They want to cut and run, but we’re not going back.”

Silvia Pena, a 45-year-old nanny, said she had never had held insurance until she enrolled in ACA six years ago.

“I don’t have health issues, but you can need insurance any time. We should all have access to health services,” said Pena, who held a sign that read: “It’s our right and our body. Keep Planned Parenthood and Obamacare.”

In Los Angeles, newly elected Democratic Sen. Kamala Harris joined hundreds of nurses, other health care workers and patients at a demonstration outside County/USC Medical Center. Organizers of the event, which included Service Employees International Union and other labor groups, warned that a repeal of the law without a replacement will throw the state’s health care system into chaos and strip coverage from 5 million Californians.