America goes to the circus: The 118th House of Representatives 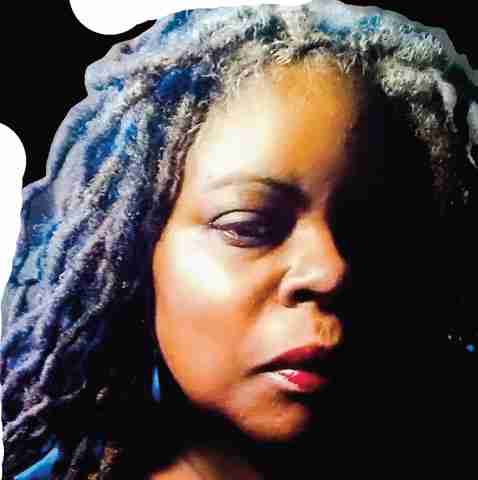 We are entering the second week of 2023 and the next political circus that House Republicans are set to star in was handed to them on a silver platter with the initials JRB stenciled on the edge.

Classified documents were found in a private office once occupied by President Joe Biden at the Penn Biden Center for Diplomacy and Global Engagement. Biden used the office following his tenure as vice president in 2017, to the beginning of his presidential campaign in 2020. In a statement released by Richard Stauber, White House Counsel, the office was being packed “to vacate,” and 10 documents were discovered in a locked closet on Nov. 2, 2022. After contacting the National Archives, the documents were immediately transferred back to the archives the next morning.

Why is any of this important? As we learned last year, all classified and top-secret documents in the possession of a governmental official should be surrendered to the archives upon leaving one’s official capacity. With the discovery of classified documents in Biden’s possession after he left the vice presidency, and the ongoing criminal investigation of Donald Trump for possession of and refusing to surrender hundreds of classified and top-secret documents, there appears to be a commonality that must be addressed.

While the White House may have been quick to notify the archives of the documents in storage at Biden’s former office, one question that must be asked is why he had them in the first place. Is this a pervasive practice among government officials, for example keeping classified documents as “mementos” or “souvenirs” of power, or for other reasons? How do numerous such documents accidentally remain stored somewhere other than the archives, where by law they are supposed to be?

These questions must be investigated because it appears there is a problem. It doesn’t matter if this is the only commonality between Trump and Biden. What is important is that it presents a golden opportunity for Republicans of the 118th House of Representatives to flex their muscles and legitimize their intent to open committees to investigate Biden and his son, Hunter Biden, the later whom the American people couldn’t care less about. Do we really want to know the contents of Hunter’s laptop, and what does any of it have to do with the Biden administration?

Even though House Republicans such as Florida’s Matt Gaetz and Lauren Boebert (R-CO) thrive on the concept of working on behalf of “the American people,” that is highly debatable after last week’s Ringling Brothers political circus. The Republican majority has the propensity to implode upon itself, due in part to the unspecified concessions to which newly elected (after 14 disastrous failed attempts) House Speaker Kevin McCarthy (R-CA) signed his name in blood. Rep. Byron Donalds (R-FL) admitted that the concession he received in exchange for his vote was an appointment to the Steering Committee. What other “exchanges” did McCarthy make to hold the gavel? What did McCarthy promise Rep. Marjorie Taylor Green (R-GA) to get her to break with her buddies Gaetz and Boebert and vote consistently for him 15 times?

With the House held hostage for four consecutive days by 20 socalled “rebels,” who included Republicans noted in the Jan. 6 House report as instigators and insurrectionists, the next two years will be an exercise in a party infighting to radicalize members for an agenda that seats Trumpism at the head of the table. McCarthy has stripped himself of any authority and is a mere figurehead lackey of the former president.

The crazies are now running the asylum, as evidenced by the bill on the docket for debate Tuesday on the House floor. Drafted by Rep. Ann Wagner (R-MO), H.R. 26, known as the “Born-Alive Abortion Survivors Protection Act,” seeks to declare an infant born alive after a failed abortion “a legal person,” and instructs medical professionals to “exercise the same degree of professional skill, care, and diligence to preserve the life and health of the child as a reasonably diligent and conscientious health care practitioner would render to any other child born alive at the same gestational age.”

Missouri, the state from which Rep. Wagner hails, has an abortion ban in place. On top of that, what Wagner is referring to are what some call “late term” or third trimester abortions. Forty-four states already prohibit “late term abortions,” which take place after the 28th week. Fewer than 1 percent occur after 21 gestational weeks. So, what does this bill propose to do? It is a moot point to declare a child upon birth a “legal person.” It is also absurd to instruct certified medical professionals to administer care to their patients when that is the premise of their function.

The purpose of H.R. 26 is to serve as another tool in the Republican arsenal to restrict women’s reproductive rights. Many anti-abortionists believe that life begins at conception. This bill is a backdoor entrance into developing that framework, which will eventually declare embryos and fetuses “legal person(s),” thereby instigating a nationwide abortion ban.

We see you, Rep. Wagner. These are the type of bills that the Barnum and Bailey 118th House of Representatives have on the docket in the name of the American people. But maybe it is folly to judge this House prematurely. Maybe this body will do the work of the people. The shadow of Donald Trump looms over this House, however, and if the chaos of last week is an indicator of the future, as the late great Bette Davis said in the classic film “All About Eve”: “Fasten your seatbelts. Its going to be a bumpy night.” And this “night” is going to be a two-year stretch.

Next post Conservatives take aim at tenure for university professors