An assist of another kind by Shaq 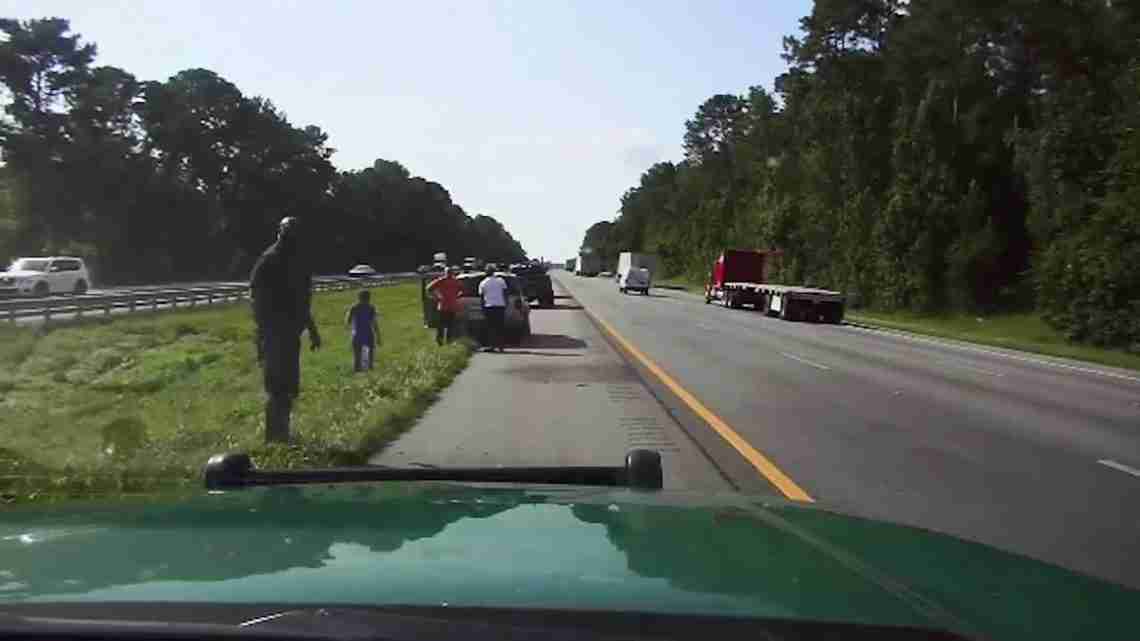 During his 19 NBA seasons, Shaquille O’Neal scored 28,596 points and 3,026 assists. But he recently provided an assist of another kind, staying with a stranded motorist who had a blown-out tire on a Florida highway.

The incident occurred Tuesday on Interstate 75 near Gainesville, after O’Neal, 48, saw the driver pull over to the side of the road. On a Facebook video posted by the Alachua County Sheriff’s Department, the driver can he heard telling deputies that her tire blew out, forcing her to stop.

The 7-foot-1-inch retired basketball icon pulled over to offer help to the woman and her family, and stayed with them until sheriff’s deputies arrived at the scene. In video shared by the Alachua County Sheriff, O’Neal can be seen standing on the side of the road and he tells the officers the woman’s tire had blown out, with the officer saying, “I appreciate you stopping.”

The police wrote on Facebook: “Yesterday, Shaquille O’Neal was travelling through Alachua County on I-75 when he witnessed a crash. He stopped to check on the welfare of the driver and remained with her until law enforcement arrived.”

The post adds that O’Neal fist-bumped the two deputies on the scene “before going on his way. Hey, Basketball Cop Foundation, you’re not the only one that knows Shaq.”

The foundation the sheriff’s office refers to is a Gainesville, Florida-based organization that connects law enforcement agencies across the country with the kids in their communities.

His interaction with the nonprofit foundation is just one of several ways O’Neal shows support for law enforcement. The ex-player, who lives in the Orlando area, previously went through the Los Angeles County Sheriff’s Reserve Academy and became a reserve officer with the Los Angeles Port Police during his time with Los Angeles Lakers, which saw him win three NBA championships alongside the late Kobe Bryant.

After being traded to the Miami Heat, O’Neal became a Miami Beach reserve officer, and since his retirement 2011, he has launched a successful media career, as well as becoming a sheriff’s deputy in Jonesboro, Georgia.

The post An assist of another kind by Shaq appeared first on Zenger News.