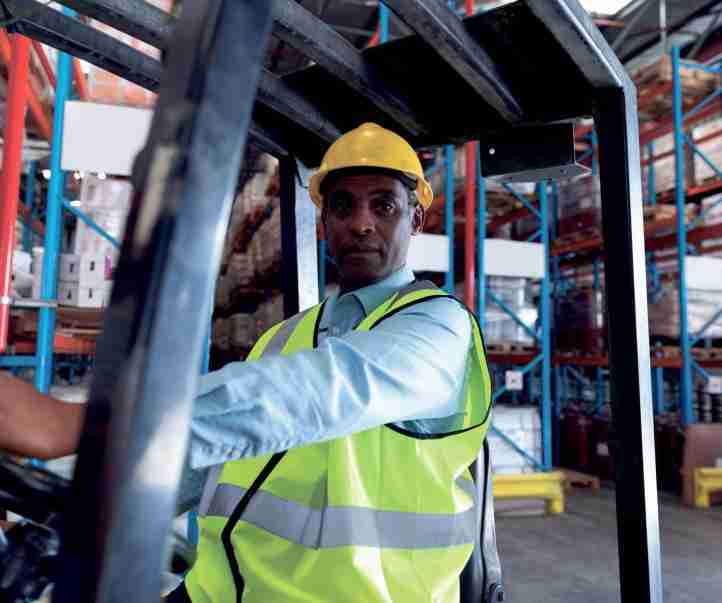 Washington (AP) – The nation’s job market last month delivered what the Federal Reserve and nervous investors had been hoping for: A Goldilocks style hiring report.

Job growth was solid not too hot, not too cold. And more Americans began looking for work, which could ease worker shortages over time and defuse some of the inflationary pressures that the Fed has made its No. 1 mission.

Employers added 315,000 jobs, roughly what economists had expected, down from an average 487,000 a month over the past year. The unemployment rate reached 3.7%, its highest level since February. But it rose for a healthy reason: Hundreds of thousands of people returned to the job market, and some didn’t ﬁnd work right away, which boosted the government’s count of unemployed people.

The American economy has been a puzzle this year. Economic growth fell the ﬁrst half of 2022, which, by some informal deﬁnitions, signals a recession.

And inflation, which began to accelerate alarmingly in the spring of last year, remains close to a 40-year high. That’s a sign that consumers’ appetite for goods and services is still strong enough to allow businesses to raise prices.

The relentless rise in consumer prices has forced the Fed to raise interest rates aggressively to try to slow hiring and wage increases and drive down inflation. It’s aiming to pull off a so-called soft landing _ raising borrowing costs enough to slow growth and curb inflation without tipping the United States into a recession. So far, so good.

“Today’s report answers the persistent recession question, at least for today: We are not in a recession,” said AnnElizabeth Konkel, senior economist at the Indeed Hiring Lab. “The U.S. labor market remains strong with employers adding jobs and labor supply coming back online… The sun is still shining on the U.S. labor market.” Here are ﬁve takeaways from the August jobs report:

An increase in the unemployment rate of Black Americans last month couldn’t be explained by an influx into the labor force.

The number of Black people working or looking for work fell by 51,000. And their labor participation rate dipped from 62% in July to 61.8% last month, the lowest point since December. The number of Black Americans reporting that they had jobs fell by 131,000 last month. And the number saying they were unemployed rose by 79,000.

The Black jobless rate rose from 6% in July to 6.4% in August, the highest level since February.

It isn’t entirely clear what caused the uptick in Black unemployment, the second straight increase. The Labor Department’s racial breakdown of employment numbers can be volatile from month to month. But the number of Black Americans in the labor force and their participation rate has now dropped for three straight months.

Friday’s report from the government suggests that the Fed may ﬁnd it a little easier to bring the economy in for a soft landing. Key to that daunting task is seeing hiring ease a bit _ enough, anyway, to reduce the pressure on employers to raise pay. When they hand out raises, businesses typically increase prices for their customers to offset their higher labor costs, thereby feeding inflation.

Not only did August’s job creation decelerate from July’s breakneck pace 526,000 added jobs but the Labor Department also revised down its earlier estimate of the gains for June and July by a combined 107,000. In addition, average hourly pay rose just 0.3% last month from July, the lowest month-to month gain since April.

“If the Fed were to design the (jobs) report, this is the kind of report they would have designed,” said Megan Greene, chief economist at the Kroll Institute.

Fed Chair Jerome Powell has made it clear notably at a hawkish speech last week in Jackson Hole, Wyoming that the central bank expects to impose further large rate hikes to try to tame inflation. And he warned that the Fed’s continued tightening of credit will cause pain for many households and businesses as it slows the economy and potentially lead to job losses. The Fed has raised its benchmark short-term interest rate four times this year, including by a hefty three-quarters of a percentage point in both June and July.

Investors are anxiously anticipating what the Fed will do when it next meets Sept. 20-21.

“The slower pace of payroll gains in August, together with a big rebound in the labor force, and the more modest increase in wages, would seem to favor a smaller (half-point) rate hike from the Fed,” said Michael Pearce, senior U.S. economist at Capital Economics.

Still, Fed policymakers will be watching to see whether inflation decelerated last month. One major barometer will be the government’s report on consumer prices for August, to be issued Sept. 13.

Normally, an uptick the joblessness would be sobering news, even cause for worry. Not now.

The unemployment rate rose last month to 3.7% from 3.5%, which had tied a 50-year low. But the increase in August was welcome: The number of Americans either working or looking for work surged by 786,000 in August, the biggest one-month jump since January. And their share of the population the so-called labor force participation rate rose to 62.4% last month, its highest level since March.

To be counted as unemployed, people have to be actively seeking a job. So when they stay on the sidelines, as many have since COVID-19 struck, their absence from the labor force means they don’t show up as unemployed. And the jobless rate can look artiﬁcially low.

Last month, the number of Americans who told the Labor Department they had jobs rose by 442,000. And the number who said they were unemployed also rose, by 344,000. That suggests that many people who started looking for a job didn’t ﬁnd one right away.

“The labor participation rate went up, and I would love to see that number continue to climb even if that means a 3.7%, 3.8%, 3.9% unemployment rate,” said Labor Secretary Marty Walsh. “You have potentially 11 million open jobs. Having more people entering the workforce is good for the economy.” The idea is that the more Americans there are who are looking for work, the less pressure there is on employers to raise wages to attract applicants, increase prices and contribute to inflation.

Factories added 22,000 jobs despite a slowing global economy, a consumer shift away from manufactured goods and toward services like restaurant meals and a stronger dollar that makes U.S.-made goods pricier overseas.

But hiring in leisure and hospitality slowed sharply in August _ to 31,000, including just 18,000 at bars and restaurants. Both gains were the weakest since December 2020.

The average workweek slipped slightly last month to 34.5 hours. Those ﬁgures haven’t changed much this year even as employers have complained about a worker shortage.

So why aren’t they assigning more hours to the workers they have on hand?

Labor Secretary Walsh suspects that employees, especially in high-paying occupations, are more conscious of striking a balance between their work and their personal lives and balk at putting in ever more hours on the job. Employers are wary, having seen “people quitting their jobs because their work life balance was off,” Walsh suggested.

An increase in employees working from home, or splitting time between home and the workplace, may also limit the number of hours worked.

In the leisure and hospitality business, which includes restaurants and hotels, average hours worked peaked in April 2021 and has fallen more or less steadily since then. Thomas Feltmate, senior economist at TD Economics, said the drop might reflect a “softening in consumer demand in recent months for discretionary recreational services.”