Boat busts in Costa Rica turn up 3 tons of cocaine 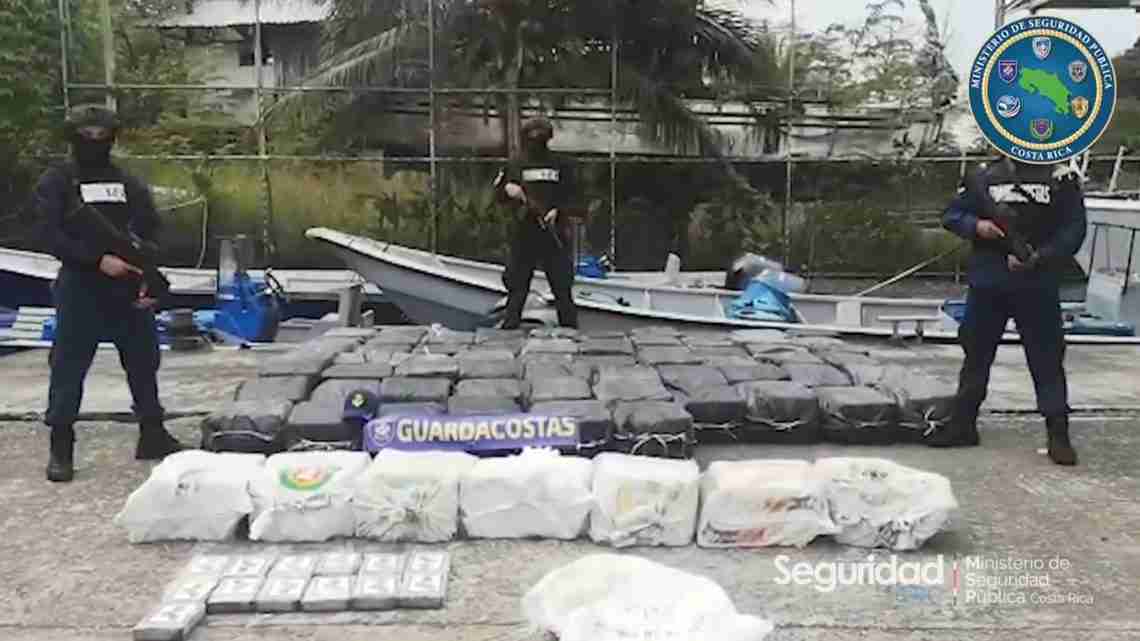 Costa Rica’s Coast Guard recovered 3.3 tons of cocaine in two separate raids in the Caribbean Sea, the country’s Ministry of Public Security announced. The seizures occurred last weekend off the coast of Cahuita.

Aircraft from the Air Surveillance Service and the United States government, along with agents from the Drug Control Police, participated in the seizures on Saturday and Sunday.

The U.S. military’s Southern Command praised the Costa Rican authorities with a post on its Facebook page. “Great work by our partners in #CostaRica who seized three tons of cocaine during a #CounterDrugOps mission this past weekend. Partners from the U.S., #Colombia and #Panama assisted in the operation. #EnhancedCN,” the post said.

At a press conference, Michael Soto Rojas, minister of public security, gave this sequence of events in the first raid: National authorities received an alert on Saturday from the Colombian Navy about the possible arrival of another boat loaded with illegal drugs in Costa Rican waters.

The Coast Guard subsequently spotted the boat, and the crew tried to escape by heading toward the border with Panama. It was then the couriers started throwing their illegal booty overboard, according to the Public Security Ministry.

Then, some 15 nautical miles from Westfalia, the coast guard captured the vessel after firing multiple warning shots. All four men arrested are believed to be Colombian.

The speed boat captured by authorities, named “The Lucas,” had a trio of 300-horsepower engines and was loaded with 16 fuel cannons with approximately 172 gallons of fuel. In all, the drug couriers dumped 2,093 bags each containing about one pound of apparent cocaine.

The Costa Rican Coast Guard that seized the boat carrying the cocaine shared footage of agents recovering the drug parcels that the suspected couriers threw overboard during the high-speed chase.

Details on a second seaborne raid off the Costa Rican coast over the weekend that netted another 1.1 tons of cocaine were not immediately available.

Next post Who was buried with 1,100-year-old Viking ship? Researchers seek clues in new excavation