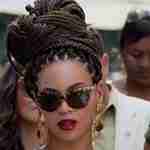 The music superstars angered several Republican politicians in Florida with their four-day visit to Havana during which they ate in some of the city’s high-end private restaurants and toured colonial Old Havana while Jay-Z puffed on a Cuban cigar.

The inspector general’s office said in a report that the superstar couple visited an art school and a theater group, helping make the trip a legal educational exchange.

The Unites States’ 51-year embargo makes it illegal for Americans to visit Cuba for mere tourism, although tens of thousands travel to the island each year on academic, religious, journalistic or cultural exchange licenses. 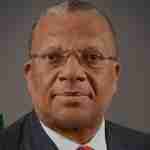 KINGSTON — Officials say they are expecting $71 million from the International Monetary Fund as the government continues to meet key economic objectives outlined in a four-year deal.

Finance Minister Peter Phillips said the IMF recently finished a successful fifth review of the country’s economic performance. Officials will continue to reduce debt and reform the tax and labor market sectors, among other things, he added.

The government said in a statement that it has so for secured $414 million in funding in the first year of a $930 million loan package with the Washington-based institution. 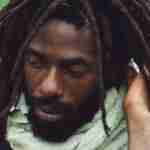 KINGSTON — A lawyer for convicted reggae star Buju Banton said that a U.S. federal appellate court agreed to a new hearing on his latest appeal.

The Grammy-winning singer is serving a 10-year sentence for convictions on cocaine conspiracy and trafficking charges stemming from a 2009 arrest that followed a sting operation. He was convicted in 2011 after his first trial in 2010 ended with jurors deadlocked.

In an email, attorney Charles Ogletree said the 11th U.S. Circuit Court of Appeals in Atlanta has agreed to hear oral arguments on the case. The Harvard University law professor took over the case in February. It’s not clear when the hearing will take place.

The husky-voiced Rastafarian singer, whose real name is Mark Myrie, has long been a prominent figure with the reggae-rap hybrid of dancehall reggae music and traditional reggae.