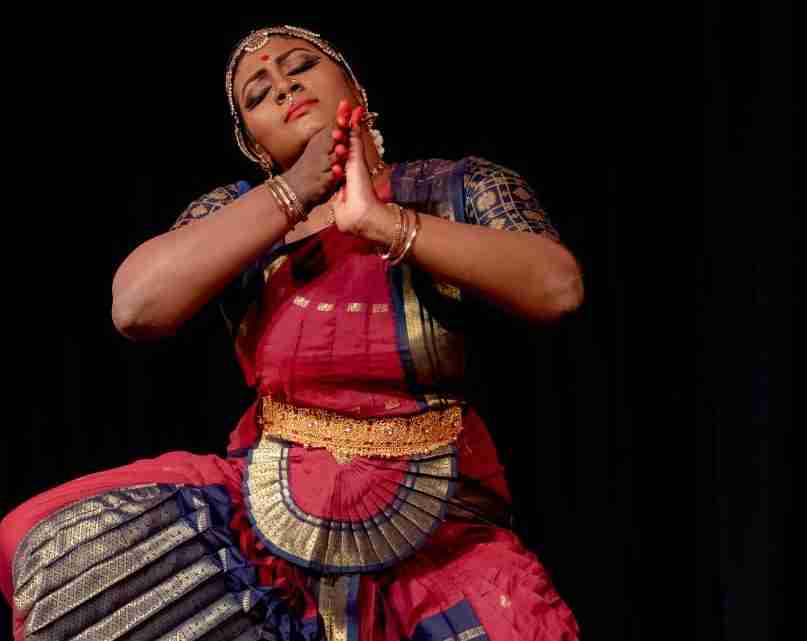 Dance, like any other art form, is meant to unite people. However, the abundance of casteist notions within the performing arts community has been a major divisive force.

The recent attempt to suicide of a Dalit dancer from Kerala, RLV Ramakrishnan, who practices Mohiniattam — one of the classical dances of the southern state — has once again thrown the spotlight on the deep-rooted casteism in the community.

The dancer who attempted to suicide in Kerala, was allegedly denied a chance to perform by the Kerala Sangeetha Nataka Akademi, which presides over the cultural activities in the state. It is alleged that the dancer was denied the opportunity because he belonged to the Dalit community.

The Dalits are placed at the bottom rung of India’s regressive caste ladder and have a history of oppression against them by the members of the upper-caste communities.

Classical dance, which was once performed by the Devadasis or members of the courtesan caste in the temples in southern India, is now practiced mostly by the upper-caste dancers. This trend is evident in almost all southern states of India.

Chennai — the capital of Tamil Nadu has very few dancers from the courtesan caste. Many of them either faded away after the abolition of the Devadasi system or were denied a chance to perform because they were never accepted by society.

“ ‘Isai Vellalar — the cultivators of music’ was a title given to the members of the Devadasi community to generate more respect for their profession,” said Amrit Srinivasan in his piece: Reform and Revival: The Devadasi and her dance.

Historical revisionism and Sanskritization of classical dance forms have led to the discrimination against the members of the Devadasi community. The movement to end the Devadasi system was initiated by the British in India, which culminated with the abolishment of the system in 1988.

During this movement, a counter-narrative was created by the dancers with nationalistic ambitions. Dancers like Rukmini Devi Arundale wanted to purify the classical dance forms because they held immense civilizational ethos with them. Arundale started Kalakshetra — an institution to promote performing arts — in 1936.

Thus, the Natya Shastra — a Sanskrit treatise on performing arts written by a Brahmin sage Bharata — began to be associated with the origins of classical dance forms in India. The scholars of this revivalist movement tried to dissociate the dance forms from the Devadasis as they were not considered pure or pious enough to practice the art.

Nrithya Pillai, a Bharatanatyam dancer from the Isai Vellalar community, said she was the first dancer in many generations from her family to take up dance. She adds her community in Tamil Nadu and that of the Kalavantulus (Telugu word for the court dancers) never went by the Natya Shastra. Instead, there were terms such as ‘Araimandi’ (half-sitting position) that were used within the dancers’ fraternity and had nothing to do with the Sanskrit treatise.

“When the dance fraternity is driven by a historical narrative, where reinvention is justified as a means to make the art respectable or having cleansed the dance of its unwanted elements, they are perpetuating caste violence,” said Nrithya.

She said there is a lot of discouragement from her family because her Shudra courtesan community is seen as “impure.”

“In my family, five generations of women did not participate in the art form. They were actively kept away and dissuaded from pursuing dance and music. The last person in my ancestry who danced was Maduranthakam Jagadambal.”

Meanwhile, the men in her family, like her great grandfather Vazhuvoor Ramaiah Pillai, and grandfather Swamaimalai Rajaratnam Pillai, continued to teach dance but only to upper-caste women. By their time, the Devadasi tradition was on the verge of its end.

The work and style created by these men make up the Vazhuvoor style of Bharatanatyam and has been named after a village called Vazhuvoor in Tamil Nadu — the birthplace of these dancers. It is saddening that most of the productions by the founders of the Vazhuvoor style have not been documented.

“People use the intellectual and artistic contributions of my ancestors and give no credit to them,” said Nrithya. “There is erasure. Often, I am not in power to question this misuse because I exist on the margins of the classical dance fraternity.

Nrithya has stopped running behind the ‘sabhas’ in Chennai to find work and is focusing on her academics.

“Instead of focusing only on the ‘sabhas’ and Brahmanical spaces restricted to cities such as Chennai, I have started to explore more liberal and progressive spaces. That makes more sense to me.”

While dancers like Nrithya can find an alternative platform in academics owing to their rich legacy, artistes like Kali Veerapathiran, a Bharatnatyam dancer, has not been given any opportunity despite proving his credentials. Kali hails from the Scheduled Caste, another community placed at the bottom rung of India’s caste system.

Kali went to Arundale’s Kalakshtra and won the Spirit of Youth festival organized by the Music Academy, but wasn’t given a chance to perform during the celebrated December-January dance season in the southern states of India.

“I did not face any discrimination at Kalakshtera. I won the festival at the Music festival as well,” said Kali. “Anyone who wins the festival at Music Academy gets a slot on the main stage at the music academy during the season. Despite winning, I never got a slot. I wonder why?”

He feels the caste dynamics come to the fore due to economic instability.

“The lower castes like mine are not always financially stable like the upper-caste Brahmins. They can afford to pay and perform. That is why people from backgrounds such as mine are not given many opportunities.”

While classical dancers might still find alternative opportunities, the case is the worst for the folk dancers. These dancers have only one option — to perform at the village festivals. Mostly performed by the communities other than the upper-caste Brahmins, these forms do not have a dedicated stage. There are more than a dozen folk dances that come from the hinterlands of Tamil Nadu.

P Thilagavathi, India’s first female kattaikoothu — a rural form of theatre supported by a chorus — dancer said the “sabhas” in Chennai are not a platform for the folk dances. Moreover, she said it did not make economic sense for the folk artistes to perform on such a stage.

“Such sabhas do not pay. The classical artistes, who come from well-settled families, can perform for free. For folk artistes, it is our bread and butter. We cannot do that,” she said.

The classical dance forms can be performed as solos or with a troupe. On the other hand, the folk dances are performed only in groups.

Further, Thilagavathi said the sabha audience does not appreciate the folk format, where there is more interaction with the audience.

“I have performed at a sabha. I do not feel they get us. They want to be seated for the whole show and be mere spectators. Because of this, we do not enjoy performing there.”