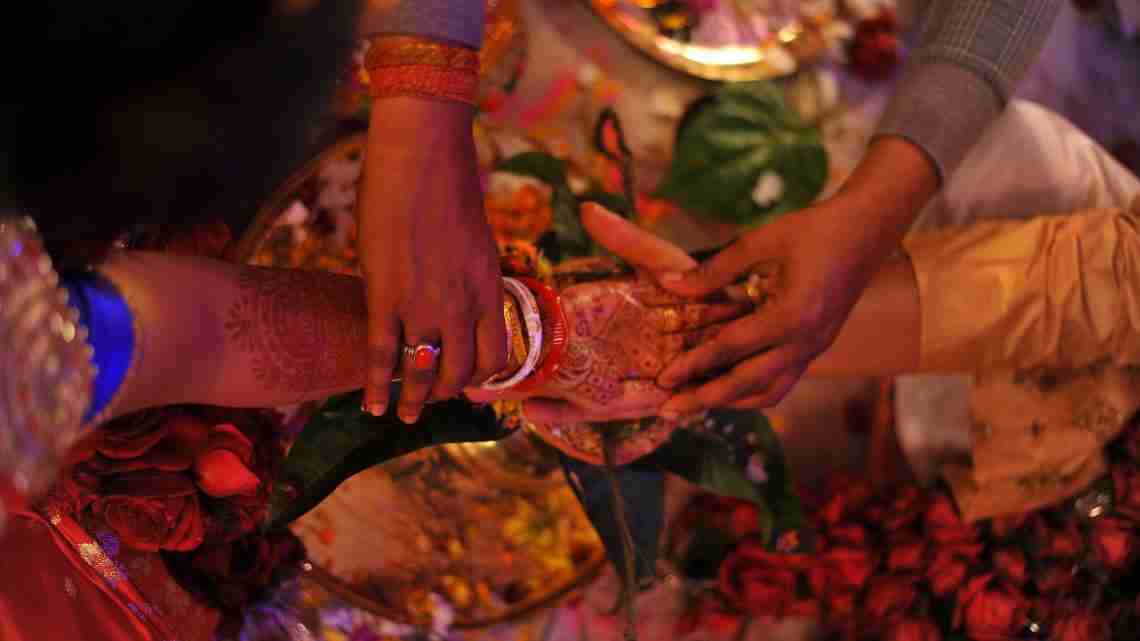 NEW DELHI — While the Indian government is planning to increase the minimum marriageable age for women from 18 to 21 — the same as for men — activists worry that such a move could lead to more child marriage in the country.

“We have formed a committee to ensure that the daughters are no longer suffering from malnutrition and they are married off at the right age,” Prime Minister Narendra Modi said on Aug. 15, marking the country’s 74th Independence Day.  “As soon as the report is submitted, appropriate decisions will be taken about the age of marriage of daughters.”

The committee, headed by senior politician Jaya Jaitly, was set up by the Ministry of Women and Child Development. Before its July 31 deadline to submit its recommendations to the government, 96 civil society organizations submitted their own report to the task force on July 15. The “Young Voices” national report was drafted after consultation with nearly 2,500 adolescents from vulnerable socioeconomic situations in 15 states across India.

“We recognize the root causes of early and child marriage as poverty, norms around the centrality of marriage, patriarchy, and control over girls’ sexuality,” the report said. “A law to change the age of marriage does not address all these causes.”

The difference in marriageable ages for men and women has been widely debated in public and in legislative forums. At the National Conference on Child Marriage held in August 2018, the National Human Rights Commission suggested “fixing uniform age of marriage for both girls and boys as in the case in over 125 countries in the world.”

In August 2019, activist Ashwini Kumar Upadhyay filed a petition in the High Court of Delhi, challenging the difference in the minimum marriage age.

The petition claims that the marriage age differential between men and women contravenes gender equality principles in India’s Constitution, and that the differential limit “is based on and reinforces patriarchal and stereotypical notions about women.”

“A younger spouse is, therefore, expected to respect and be servile to her elder partner, which aggravates the pre-existing gender-based hierarchy in the marital relationship,” the petition states.

Other reasons for raising the age for women to marry are cited by Virgil D. Sami, executive director of the Arunodhaya Centre in Chennai.

“The physical and mental maturity that is demanded of a marital relationship is not achieved at 18,” she said. “Provision of education is the only way child marriages could be stopped. Areas with a higher number of girl child enrollments in schools have fewer cases of child marriages.

Sami is a child rights activist who has been campaigning against child labor and to protect victims of child abuse across the southern Indian state of Tamil Nadu.  She said young brides are often tortured by the husband’s family. An older bride is less likely to face such a situation.

While the Hindu Marriage Act, 1955, which governs marriages for India’s largest religious community, has fixed the ages of marriage for men and women at 21 and 18, respectively, Islamic law allows minors who have reached puberty to marry. India’s Constitution respects differences in religious customs, but at the same time forbids child marriages to prevent sexual abuse of minors. According to the Special Marriage Act, 1954, and the Prohibition of Child Marriage Act, 2006, women and men must meet the minimum respective ages for marriage.

However, the reality on the ground is very different, claim health sector experts and activists.

“We regularly deal with cases of teenage pregnancies — girls are married off at 15 or 16 years — maybe because they are orphans,” said Dr. Debika Chatterjee from the gynecology department of Suri Sadar Hospital in Birbhum, West Bengal. She has been treating young mothers ages 12 to 13 years.

“The woman’s body is biologically unfit to carry out a full-term successful pregnancy before 18 years, let alone multiple gestations,” she said.

A district-level analysis in the National Family Health Survey 4 (2015-16) showed that Murshidabad topped the list of child marriages in India, with 39.9 percent of girls ages 15-19 found to be married. Alam has been trying to curb the problem of child marriage in Murshidabad with the help of schools, nonprofit organizations and self-help groups for the past few years.

“Underprivileged families see girl children differently — as an extra mouth that needs to be fed,” he said, explaining one of the reasons why families in rural areas are prone to marrying off young girls.

The United Nations Children’s Fund estimates that each year, at least 1.5 million underage girls get married in India, which makes it home to the largest number of child brides in the world, accounting for a third of the world’s total.

The all-India median age at first marriage stands at 18.6 years for women and 24.5 years for men.

In Chatterjee’s opinion, it would be easier to catch cases of child marriage if the age bar was increased.

“I have noticed that a 14-15-year-old can successfully pose as an 18-year-old because doctors often tend to wave it off as malnourishment,” said Chatterjee. “But making the same girl pose as a 21-year-old would be difficult because of the biological and attitudinal differences between the two age groups.”

Antika Sarkar, program associate at the Equal Community Foundation’s Project Raise, said, “Raising of the minimum marriage age for women is for sure a welcome move, but that’s not all that gender equality is about.”

The nonprofit foundation in Pune in west India works with men to end violence and discrimination against women.

“Whenever we talk about gender equality, we hardly address the root problems,” Sarkar said. “It is the gender norms and attitudes towards women in our societies that need to change.”