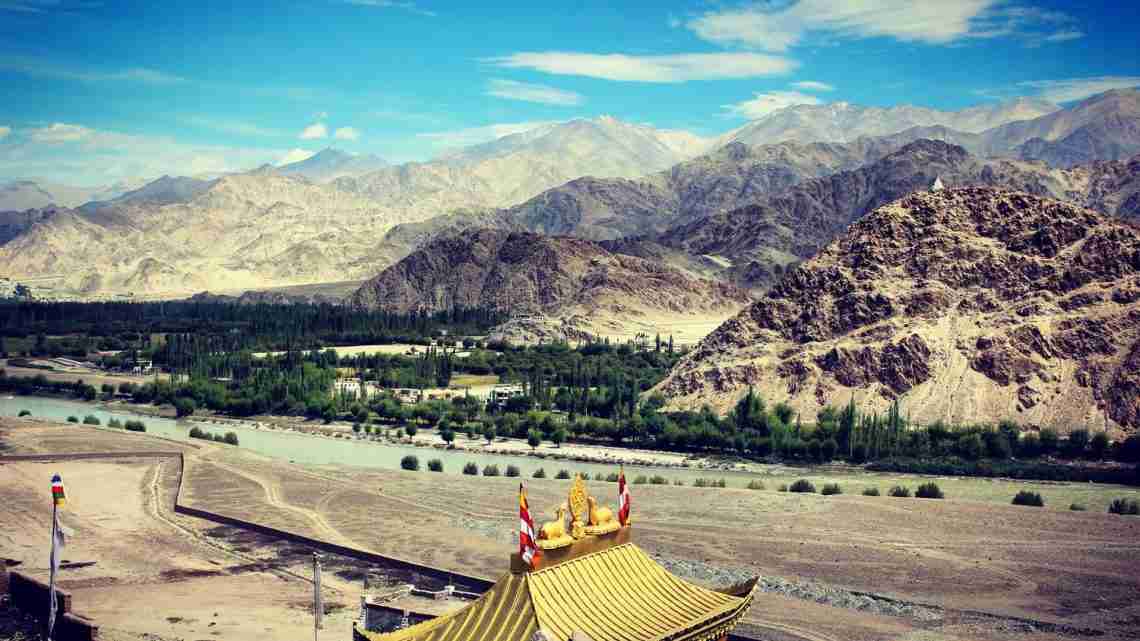 India this week inaugurated 44 bridges and laid the foundation for a new tunnel to provide faster access to frontier areas amid a military standoff with China.

These events occurred as military commanders and diplomats from both countries met for the seventh time on Oct. 12 to end the stalemate as both armies prepare for a long winter in the cold desert of eastern Ladakh.

The 44 bridges — ranging from 30 meters to 484 meters (98.5 feet to 1,600 feet) — inaugurated by Defense Minister Rajnath Singh — are spread over Jammu and Kashmir, Ladakh, Himachal Pradesh, Punjab and Uttarakhand in north India, and Arunachal Pradesh and Sikkim on the eastern sector of the Indo-China border.

Lt. Gen. Harpal Singh, director general of India’s Border Roads Organisation, said the bridges are of “strategic importance and have been designed to facilitate the movement of heavy civil and military traffic in border areas.”

Singh said the bridges will assist in the speedy deployment of armed forces in strategically important sectors.

Defense Minister Singh also laid the foundation stone of the strategically important Nechiphu tunnel. This 450-meter (1,476 foot) tunnel will ensure all-weather connectivity across Nechiphu Pass, an accident-prone area, shortening time to travel to Tawang and the Line of Actual Control, the contested borderline between the two countries.

India has also increased its spending on border roads and bridges.

Singh said the annual budget for the BRO, the agency responsible for the construction of this infrastructure, is INR 11,000 crore ($1.4 billion) for 2020-21.

Earlier this month, Prime Minister Narendra Modi and Defense Minister Singh opened the new 9 km (5.5 mile) tunnel in the Pir Panjal range in Himachal Pradesh, bypassing the Rohtang pass, which would cut travel time to Ladakh by up to five hours.

In his address during the virtual inauguration on Monday, Defense Minister Singh said China is creating a border dispute. On Oct. 13, the Chinese foreign ministry reacted sharply and called India’s infrastructure push the root cause of all problems.

“For a while, the Indian side has been stepping up infrastructure building and military deployment along the border with China,” Zhao said during a regular press briefing in Beijing on Oct. 13. “This is the root cause of tensions.

“We urge the Indian side to earnestly implement the consensus reached by the two sides, refrain from taking actions that will complicate the situation, and take concrete measures to safeguard peace and tranquility along the border,” Zhao said.

“The union territories of Jammu and Kashmir and Ladakh have been, are and would remain an integral part of India,” Srivastava said. “China has no locus standi to comment on India’s internal matters.”

Indian analysts say that while China has objected to India’s push on its border infrastructure, China has built roads on its side of the contested border.

“The Chinese have indeed objected to feeder line from Daulat Beg Oldi-Shyok-Darbuk road in May this year,” said Srikanth Kondapalli, professor of Chinese Studies at Jawaharlal Nehru University. “That was the root cause [of the standoff] in a way.”

The face-off between the Indian Army and the Chinese People’s Liberation Army started in May. In June, the situation took a deadly turn when 20 Indian soldiers, including a colonel, were killed in clashes with barbed wire clubs, among other weapons, in the high-altitude Galwan Valley. China did not disclose its casualties.

Kondapalli said it was the bridge across the Galwan River that angered the Chinese.

While the two countries held talks through military and diplomatic channels to resolve the crisis, border skirmishes continued. In September, both sides accused each other of firing warning shots. It is the first instance of firing on this contested border since 1975.

Both sides have amassed thousands of troops. U.S. Secretary of State Mike Pompeo said in an interview recently that “The Indians are seeing 60,000 Chinese soldiers on their northern border.”

Pompeo gave the interview after attending the Oct. 6 Quad meeting in Tokyo, which was also attended by foreign ministers of Australia, Japan and India, the other members of the group.

Meanwhile, Defense Minister Singh had earlier told India’s parliament that an adequate number of counter-forces had been deployed to match the Chinese.

“Essentially we have a tense, dicey situation,” Kondapalli said. Thousands of troops are dug  in the high altitude, difficult terrain.

External Affairs Minister S. Jaishankar said it is a serious situation since it is the first time in 45 years that there have been military casualties on the border, and there is an unprecedented troop buildup.

“At this moment discussions are going on. What is going on is obviously confidential between us and the Chinese and we will wait to see how this plays out,” Jaishankar said at the (virtual) Bloomberg Economic Forum 2020 on Oct. 15.

The Oct. 12 meeting of the senior commanders in Chushul on the Indian side of the border was inconclusive, but military and diplomatic discussions are meant to continue. A joint statement released the following day said discussions were “positive, constructive and had enhanced understanding of each other’s positions.”

India’s Foreign Ministry hinted that disengagement could be a long drawn-out process.

“Disengagement is a complex process that requires redeployment of troops by each side towards their regular posts on the respective sides of the LAC,” Srivastava said in his weekly press conference on Oct. 15.

Previous post The Incredible Life of Daniel Smith, Living Son of a Slave