CPAC 2021: The revolt against Cancel Culture 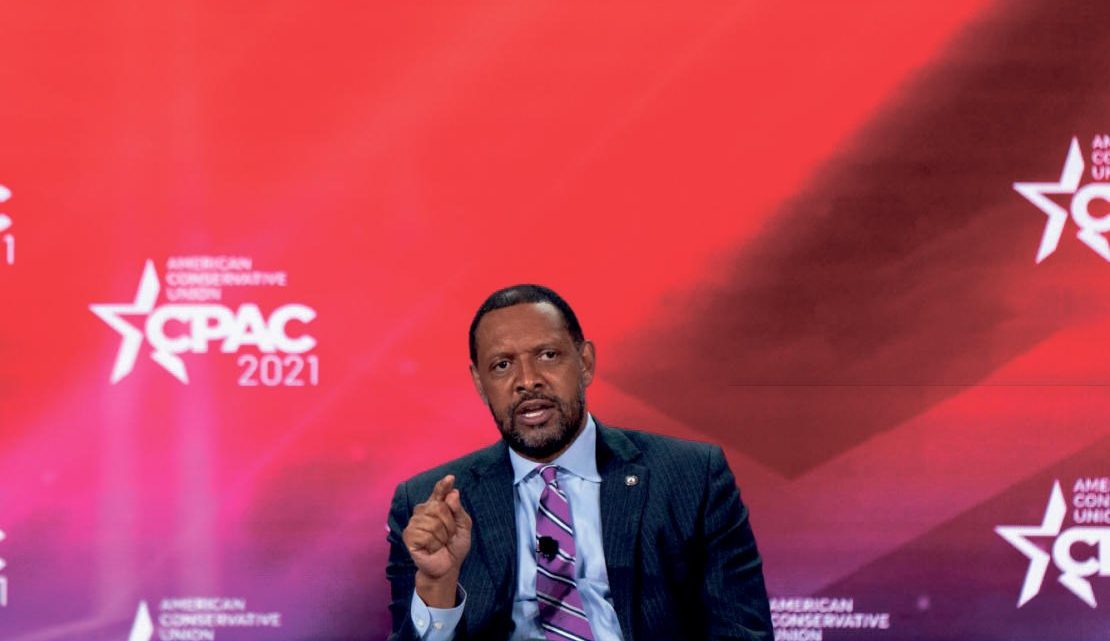 The American Conservative Union held its annual “Conservative Political Action Conference 2021” on Feb. 2628 at the Hyatt Regency Hotel in Orlando. The theme for CPAC 2021, “America Uncancelled,” was a failed attempt for many of the conservative speakers to redeem themselves from the shadow of being “cancelled” for good reason. Take for instance the unfortunate case of Sen. Ted Cruz (R-Texas). A very astute constituent at a Texas airport noticed a familiar face boarding a flight to Cancun. This constituent found the timing of Sen. Cruz’s Cancun getaway to be very suspicious given that Texas was under a state of emergency because of a devastating winter storm that dumped as much as eight inches of snow, causing widespread loss of power, and severe water shortage for days. Families were huddled together in vehicles to keep warm while pipes burst in homes causing hundreds of thousands of dollars in damage. Yet, there is Sen. Ted Cruz sneaking off to Cancun in the night. Texans and Americans alike pressed the “cancel” button on Cruz with good reason. Instead of humbling himself and taking accountability for his actions, he blamed the Cancun excursion on his young daughters and at CPAC 2021 Ted Cruz joked, “I got to say Orlando is awesome. It’s not as nice as Cancun, but it’s nice.” Status: Cancelled.

Another case assessment in the halls of “cancel culture’’ is that of Sen. Josh Hawley (R-Missouri). Hawley was seen pumping his ﬁsts in the air in solidarity with the insurrectionists who stormed the Capitol on Jan. 6, 2021. After the insurrectionists rioted, roamed halls and ofﬁces, beat Capitol police ofﬁcers, ramshackle the interior sanctum of the Capitol looking for the election certiﬁcations from each state, defecating and urinating all over the Capitol, senators and representatives reconvened. Some decided not to object to the Electoral College certiﬁcation of Joseph Biden based on what they had experienced during the insurrection. But a riot ﬁlled with angry Trump supporters fed lies about the election results did not stop Hawley. Hawley proudly stood up and objected to the certiﬁcation of the election, knowing that the insurrectionists’ intent was to overthrow the government by blocking the Electoral College certiﬁcation. Yet, Hawley told the CPAC audience “I was called a traitor. I was called a seditionist. The radical left said I should be resigned. We’re not going to back down to the woke mob. We’re not going to back down to the cancel culture. We’re not going to be told what we can say or do.” Status: Still cancelled.

Cultural anthropologists suggest that the usage of the word ‘cancel’ can be traced in modern history in two distinct ways. The ﬁrst major “cancellation’’ was initiated by Civil Rights heroine Rosa Parks refusal to give up her seat on a Montgomery, Ala. bus. Her arrest and the leadership of a young Baptist minister named Martin Luther King, Jr. sparked a 381 day citywide boycott of public transportation. An iteration of boycott moved into Hip Hop language and became “cancel.” In 2014, “cancel” and “cancel culture’’ was introduced on Black Twitter. As the word “cancel” entered the nationwide language lexicon, its deﬁnition became broader and could include boycotting celebrities, companies, and entertainment outlets.

Anne Charity Hudley, the chair of linguistics of African America for the University of California Santa Barbara, told Vox, “When you see people canceling other people, it’s a collective way of saying, ‘We elevated your social status, your economic prowess, [and] we’re not going to pay attention to you in the way that we once did. I may have no power, but the power I have is to [ignore] you.’” The power of the word “cancel” and the evolution of “cancel culture’’ has successfully engulfed societal theater and the fear of “cancellation” can place a corporation, politician or political party in a rather unsettling predicament. Being “cancelled” politically could mean the loss of donations and sponsors, endorsements, book deals, and even elections.

So, when CPAC 2021 chose “America Uncancelled” as its running theme, what was the purpose? This was revealed on Sunday when Keynote Speaker Donald J. Trump arrived at the podium. Trump supporters in the media called it “a comeback.” In many ways it was. From Nov. 5, 2020 until Jan.

20, 2021, Trump perpetuated what some are calling “the big lie” after being “cancelled” by 81 million American voters. Trump has repeatedly made unsubstantiated claims of election fraud and election thievery. He has blamed voting machine companies such as Dominion Voting Systems for switching votes. He has even tried to coerce election ofﬁcials in Georgia to “ﬁnd” enough votes to overturn results to his favor. With all of that, no one dared to “cancel’’ Trump. Then Jan. 6, 2021 happened.

If people were scared to “cancel’’ Trump and his 30,573 lies before this date, the storming of the Capitol gave them courage. Senate Majority leader Mitch McConnell, Sen. Kevin McCarthy, and Sen. Marco Rubio among other Republicans repudiated the insurrection, and like Sen. Lindsay Graham said with disgust on the Senate floor, they were “done” with Trump. (Of course, each would publicly flip flop back to Trump days after the Capitol incident). Twitter and Facebook removed and banned his account. Alternative social media platforms that boldly welcomed Trump and his supporters were subsequently shut down. Major news networks outside of FOX, Newsmax and OAN, refused to air his remarks. In the end, two of the most influential and effective means of communication at his disposal were snatched from under him. Status: Cancelled.

CPAC 2021 became Donald J. Trump’s revival of sorts. Complete with a “golden” statue, CPAC made every calculated move possible to “uncancel’’ Trump. In his speech, Trump proceeded to do what he does best: make unsubstantiated claims. On the steal of the Black Vote, Trump opines, “There should be a legitimate reason for someone to vote absentee… we should eliminate the insanity of mass and very corrupt mail-in voting.” Neither the Justice Department nor Homeland Security found corruption in our election process. “We have a little problem adjusting in Detroit,” Trump continued at CPAC 2021, “We seem to have more votes than we have people, a lot more votes, an election-changing number. What’s that all about? Cheating, they say. Yeah, I’d say so… they used COVID as a way of cheating.” America was in the throes of a raging pandemic. COVID-19 was not an avenue used for cheating, but in fact the pandemic helped create a more efﬁcient election process. The former president used his CPAC moment to peddle more lies, falsehoods, inaccuracies, and political misinformation. The very reason 81 million Americans “cancelled” him in 2020.

Update: Rep. Jim Jordan (R-Ohio) has requested the House Judiciary Committee to call a hearing regarding "cancel culture’s long-term consequences to our democracy and our constitutional framework are serious and substantial." Jordan concludes that "the wave of cancel culture spreading the nation is a fundamental threat to free speech rights in the United States.” tracey.ricks.foster@gmail.com