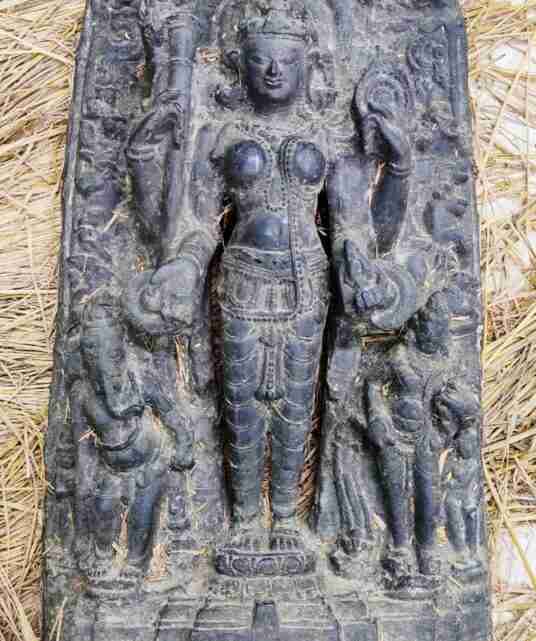 The eastern corridor of India has become a conduit for smuggling antique idols and artifacts out of the country to prominent art galleries in the West.

About a fortnight ago, customs officials in India seized 25 antique statues of Hindu gods and goddesses dating to the ninth century A.D. to the 16th century A.D. from smugglers in the eastern state of West Bengal.

The items, including stone idols of goddesses, bronze artifacts and terracotta idols, valued at about INR 35 crore ($4.8 million) have been described as the “biggest seizure of antiques in recent times,” according to a government press release.

The artifacts were seized from South Dinajpur, a district bordering Bangladesh, where they were being transported in a truck containing paddy (rice).

Most of the idols belong to the period between the eighth century A.D. and the 12th century A.D. when eastern India was ruled by the powerful dynasties of the Palas and Senas, known for their taste in art.

This seizure is just the most recent such effort to intercept smugglers. Over the years, rare idols from West Bengal have been spotted in art galleries in London and New York.

About 28 miles from Kolkata, the site of Chandraketugarh, near Berachampa village, estimated to be 2,300 years old, has been a target of artifact thieves from West Bengal.

Chandraketugarh, which was discovered in 1907, has been lying in neglect for years. The plaques and pottery of the region elicited little interest from historians in the early years.

Almost 100 years later, in 2000, extensive excavation work revealed a massive post-Gupta temple complex in the region. (The Guptas ruled large swaths of India from the third century A.D. to the fifth century A.D.) .

The museum showcases nearly 524 artifacts from the personal collection of Dilip Maite, an art collector from Chandraketugarh who donated all of his finds to the government. Their value is estimated to be about INR 300 crore ($41 million), said Dutta.

“Through my research, I have found out stark resemblances between the terracotta objects in a few museums in London and New York with those in Chandraketugarh,” said Dutta. “Those who have studied Chandraketugrah artifacts can easily identify these objects due to their unique characteristics.”

Dipam Maite, the son of Dilip Maite, who died in 2018, said, “There are numerous pimps in the area (Berachampa), who are always on the lookout for rare idols.”

“Many people identify themselves as history lovers and attempt to buy our artifacts,” said Dutta. “Once a man offered us a bag full of money to buy a rare Ganesha idol from us.”

In 2018, the customs department seized three ancient idols from the Kharibari block of Darjeeling, which shares its borders with Nepal.

“These are very rare artifacts,” said Arijit Dutta Chowdhury, director of the Indian Museum in Kolkata. “It is very disturbing to see the precious heritage of the country being smuggled out. It is a big concern for us.”

West Bengal shares international borders with Bangladesh, Nepal and Bhutan, all of which are conduits for idol smuggling from India. The longest routes among these are through Bangladesh.

The border with Bangladesh is highly porous, riverine, and unfenced in large parts, making it prone to trans-border crime, with cattle smuggling among the thriving trades in the region.

According to data from India’s Border Security Force, only some 252 miles of the long border is fenced.

The smuggling of Indian art and artifacts has long been a concern for Indian authorities.

In 2011, Subhash Kapoor, the New York art dealer charged with stealing Indian artifacts worth $100 million, was arrested by Interpol in Frankfurt. He was later extradited to India where he is currently jailed. In 2016, the U.S. government returned the stolen artifacts to India.

In the last few years, the Indian government has made several attempts to retrieve idols stolen from India. The number of antiquities recovered in the last five years has been the highest ever, a government press release issued in January this year states.

So far, the Archaeological Survey of India has retrieved 44 stolen antiquities from the United States, Australia, Singapore, Germany, Canada and England, and 119 other antiquities are in the process of being retrieved.

Next post A Tale of Two Strange Sentences: Tree and Door Bound in Chains for Over 100 Years in Pakistan