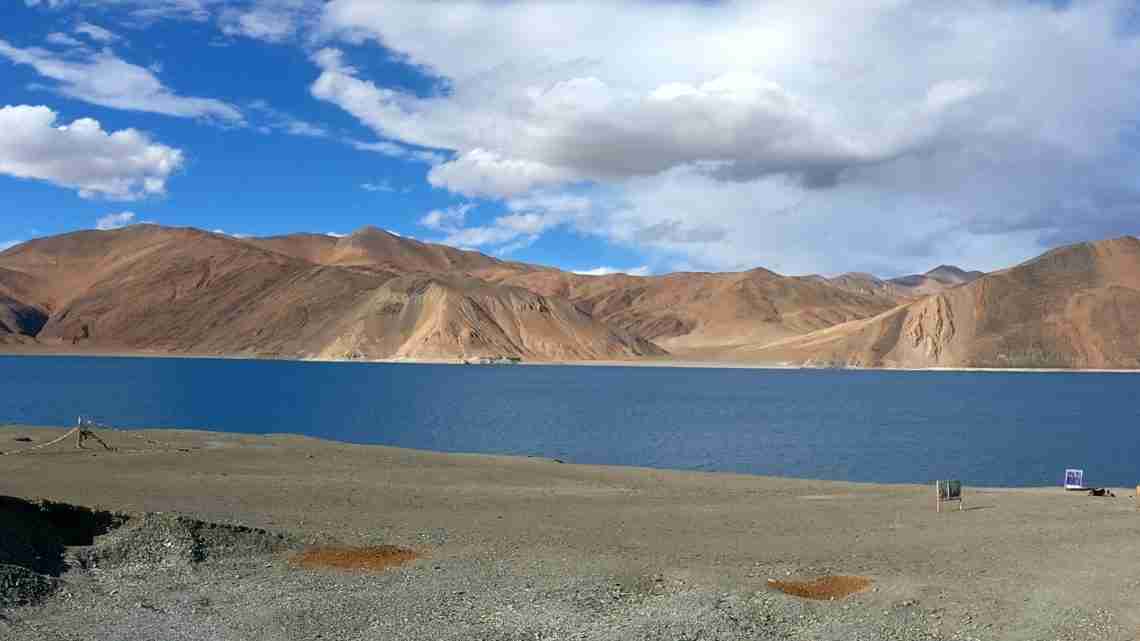 Freelance Indian journalist Rajeev Sharma has been arrested for allegedly passing secret defense information to his Chinese handlers, for which he was paid $40,000 laundered through shell companies.

The Delhi Police’s Special Cell, in a bid to bust a Chinese spy ring, arrested 61-year-old Sharma on Sept. 14, accusing him of “working for the Chinese intelligence officers.” Two others accused in the case, Qing Shi, a Chinese woman, and Sher Singh, her Nepalese partner, were arrested days later. All three have been charged under the Official Secrets Act, the anti-espionage act that dates to the era of British rule.

The arrests come at a time of unprecedented tensions between India and China.

Adish Aggarwala, a lawyer representing Sharma, said the journalist was apprehended while returning to his residence from the Press Club of India in New Delhi. Sharma is an accredited journalist in India who has written for multiple publications, mainly on strategic affairs.

“They took him to his house and recovered his mobile, laptop, and the chapters of an unfinished book on Home Minister Amit Shah,” he said. Police also seized Sharma’s passport, details of his bank accounts, and life insurance policies.

“They allege they found some classified documents of the Ministry of Defense,” his lawyer said.

Sharma was sent to Tihar Jail on Sept. 28. A local court rejected Sharma’s bail plea after a hearing that day after Aggarwala claimed police did not follow due process.

Chief Metropolitan Magistrate Pawan Singh Rajawat said in his order that seizures, electronic evidence and disclosures point to Sharma’s involvement in the crime under violation of the Official Secrets Act.

Aggarwala said the First Information Report provided to him on Sept. 25 did not reveal any grounds for making a case against Sharma.

Sanjeev Kumar Yadav, the deputy commissioner of police, earlier told the media that police acted on information from a central intelligence agency. Sharma was among the Indians targeted by Pegasus spyware in 2019. The government denied using the spyware to access their phones through WhatsApp.

Yadav said Sharma confessed to conveying secret information to his Chinese handlers Michael and George, based in Kunming, China. Between 2010 and 2014, Sharma wrote for Global Times, an English language version of a pro-Chinese government publication.

“Observing those columns, a Chinese intelligence agent named Michael contacted Sharma through his LinkedIn account and invited him to Kunming for an interview with a Chinese media company. The trip was funded by Michael,” said Yadav.

Police say Michael and his associate, Xou, asked Sharma to provide information on India-China relations, and they remained in contact between 2016 and 2018.

“He was tasked to provide information or inputs on issues such as the Indian deployment on the Bhutan-Sikkim-Chinatri-junction, including Doklam, the pattern of India-Myanmar military cooperation [and] India-China boundary issues,” Yadav said.

Sharma allegedly had meetings with Michael and Xou in Laos and the Maldives, where he briefed them on sensitive defense matters. In January 2019, Sharma was contacted by George, another Chinese handler. He later visited Kunming by way of Kathmandu, Nepal.

“George was introduced as a general manager of the company,” Yadav said. “During the meeting, George asked Sharma to write or inform about Dalai Lama-related issues.”

Sharma was offered $500 per article, and the money was paid through a company based in Mahipalpur, New Delhi. Investigators say Sharma received more than INR 30 lacs ($40,704) from George from January 2019 to September 2020.

Zenger News found MZMall Private Ltd. was registered in 2018 with Cheng Zhang (possibly the same person as Chang but misspelt by the police in their statement) and Sher Singh as its directors. Zhang is also listed as a director with Medi Silk Private Ltd., which has Zhang Lixia, another Chinese national, as an additional director.

Police said the shell companies used to transfer funds to Sharma were run by Chinese intelligence agencies. Investigators are looking into their transactions with companies operated by Charlie Peng, a Chinese national whose real name is Lou Sang.

Peng was arrested by the Delhi Police’s Special Cell in 2018. He is listed as a director in five companies, having been appointed between March 2018 and January 2020. The Enforcement Directorate has charged him under the Prevention of Money Laundering Act.

The Central Board of Direct Taxes said in August that over INR 1,000 crore ($135.7 million) had been laundered by Chinese individuals through shell companies. Income tax authorities said 40 bogus accounts were used to carry out these transactions.

Aggarwala claims the accusations against Sharma constitute a “false and frivolous case.”

“They won’t be able to prove the allegations,” he said.

However, he said it was likely Sharma received money from Qing Shi.

“Many a time, because of the tax issues, people take cash. But that would amount to an income tax violation.”

He said Sharma wrote for a Kuala Lumpur, Malaysia-headquartered website, where one of the directors was Chinese. The Foreign Correspondents Club of South Asia in New Delhi, where Sharma is a member, lists him as a correspondent for the Southasian Monitor. The website lists two articles authored by Sharma, including one about the Dalai Lama.

Rana Ranjit Singh, Shi’s lawyer, said he has been barred from speaking to the media about details of the case.

“Our clients are innocent and have been falsely implicated due to the aggravated situation at the Line of Actual Control [disputed territory between India and China],” he said.

“We are astounded to hear of the arrest of Mr Rajeev Sharma, a well-known independent journalist of long standing and a member of the Press Club of India.

“This is on account of the dubious track record of the Special Branch. More generally also, the record of Delhi Police is hardly a shining one,” the statement says.

“On the basis of the statement of the police released to the media, we have no hesitation in saying that the police action is high-handed, and may be inspired by obscure or questionable considerations.”