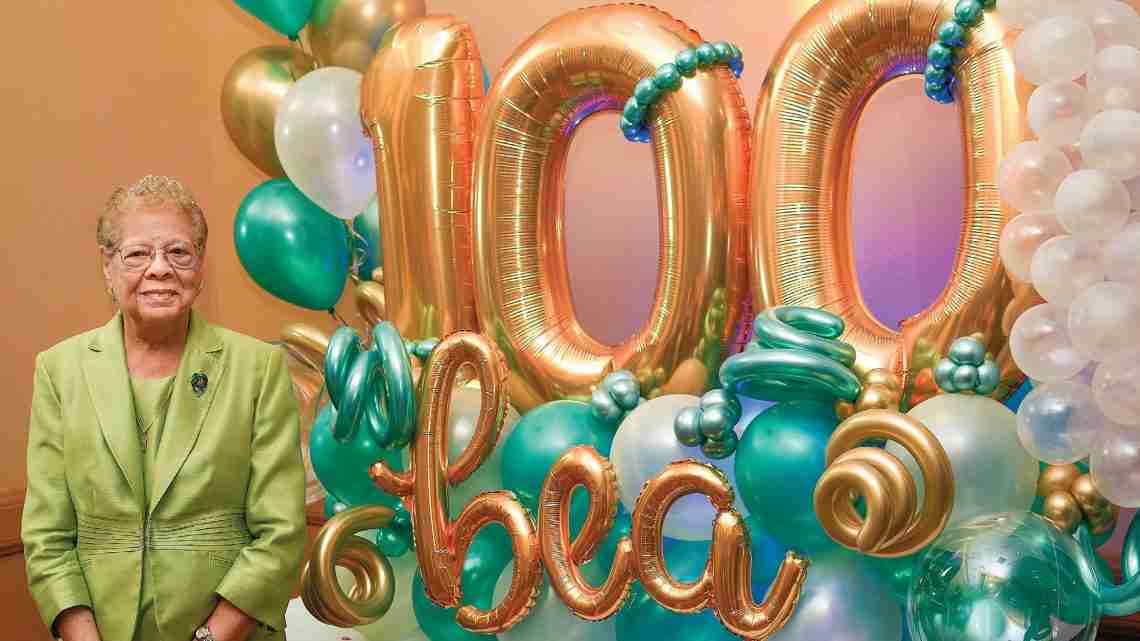 West Palm Beach, Fla. – When Beatrice Jacobs McKoy turned 100 Saturday, she told the crowd of several hundred gathered at the Embassy Suites West Palm Beach for her birthday celebration, that she didn’t know what was expected of her, now that she’s the big 1-0-0.

“I’ve never been 100, so I don’t know what to expect or what to do,” said the still remarkably spry woman. “I still drive, I live alone, I’m independent.”

“She certainly is a fountain of youth!” quipped her daughter, Kathie Osborne, who lives in New Jersey and planned the grand event, while the lady of honor, dressed in a stunning tailored green suit, said “I feel like I’m having an out-of-body experience.”

“I’ve been to many celebrations in my life, but never one for a queen,” said Palm Beach County Commissioner Mack Bernard, who issued a tribute from the county marking the milestone. The office of West Palm Beach Mayor Keith James also issued one. The tributes officially recognized McKoy by city and county government not only for her life, but also for her service.

“It’s a tremendous blessing to reach 100, but in such a sacrificial way,” noted Kevin Jones, who represented the mayor’s office, referring to McKoy’s life of volunteer service on many boards and auxiliaries both in New Jersey and her current home of Florida. “Living and continuing to inspire the lives of others and her community is very special,” Jones said. “She deserves this honor.”

Dignitaries, friends and those McKoy had worked alongside in various capacities spoke glowingly about a woman who they say is still sharp as a whistle, full of ﬁre and dedicated to humanity.

Next post Program looks to raise the bar post-covid