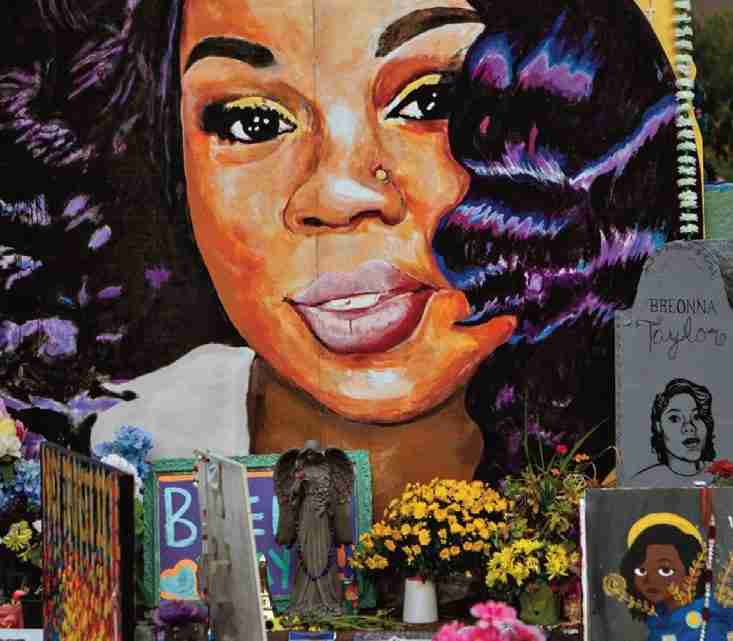 Will there ﬁnally be justice for Breonna Taylor? It seems the scales of justice are ﬁnally starting to tilt in that direction.

Last week United States Attorney General Merrick Garland announced that the Department of Justice was handing out federal indictments to former and current police ofﬁcers instrumental in the death of Breonna Taylor on March 13, 2020.

Calls for federal intervention in the case arose from the failure of local and state ofﬁcials such as Kentucky state attorney Daniel Cameron to prosecute the police ofﬁcers involved in Taylor’s untimely demise. Cameron made the unwise decision to turn a blind eye to justice and bow to the pressure of unseen forces that sustain the foundation of White supremacy in this country, especially in the South.

The facts in this case are so overwhelming that the only thing that can be said for the lack of local and state charges is that there was an active effort to cover up the circumstances that led up to Taylor’s murder, and the aftermath.

Police involved in a cover-up would be nothing new to Black communities. More than $3.2 billion has been paid to Americans because of unwarranted and trigger-happy policing. Where did that $3.2 billion dollars originate? Directly from our taxes. The reality of abolishing the police may be unrealistic, but to have a systemic restructuring of what law enforcement looks like is a worthy discussion.

Inside the federal indictment, we get a pretty good glimpse of how the modern-day police department mirrors the slave patty-rollers or slave patrol, comprised of White southerners usually of a low economic status, hired by wealthy White southerners to patrol the roads for possible runaway slaves. The modern-day incarnation of the patty-rollers, today’s law enforcement, have retained many unsavory qualities of its White supremacist past.

The indictment alleges an important detail: Why were the police at Taylor’s home that fateful morning with a search warrant? The Louisville Metro Police Department said that the warrant was for alleged drug trafﬁcking originating from Taylor’s apartment and that Taylor’s boyfriend was a known drug dealer. As more information became available, it was not her current live-in boyfriend who was the alleged drug dealer, but Taylor’s former boyfriend, who would be arrested ﬁve months later on subsequent drug charges. The intended target was ten miles away from Taylor’s home. How was it that a team of police ofﬁcers arrived at Taylor’s door?

Goodlett, a White woman by the way, was in on the ground floor of this caper, and met up with Jaynes “in his garage” after Taylor’s murder “to get their stories straight,” according to civil rights attorney Benjamin Crump.

It angers and frustrates to no end the way Black people are regarded in this country. Nobody cares that Taylor was an asset to her community. Nobody cares that this Black woman had dreams. All Taylor was to former ofﬁcers Jaynes, Meany, and Goodlett was an expendable Black body that could add another ribbon on their uniform or another notch on the ladder toward a promotion.

The ofﬁcers who performed the noknock warrant were not charged in the indictment. Former ofﬁcers Jaynes, Meany, and Myles Cosgrove, all turned themselves in last week to a federal courthouse in Louisville and could face up to life in a federal prison.

But Goodlett was not among them. Sources report that Goodlett may have reached a guilty plea deal with DOJ in exchange for information regarding the case. Goodlett could receive up to ﬁve years in prison for her part in Taylor’s murder.

But why did state attorney Cameron deliberately fail to prosecute the officers responsible for the death of Breonna Taylor? It is plausible that he had the same information that Garland obtained. Are Black bodies as insignificant to him, a Black man, as they are to his White Kentucky counterparts?

The Black community in Louisville deserves adequate answers to these questions and others that have arisen in light of the federal indictments against the ofﬁcers responsible for the murder of Breonna Taylor.