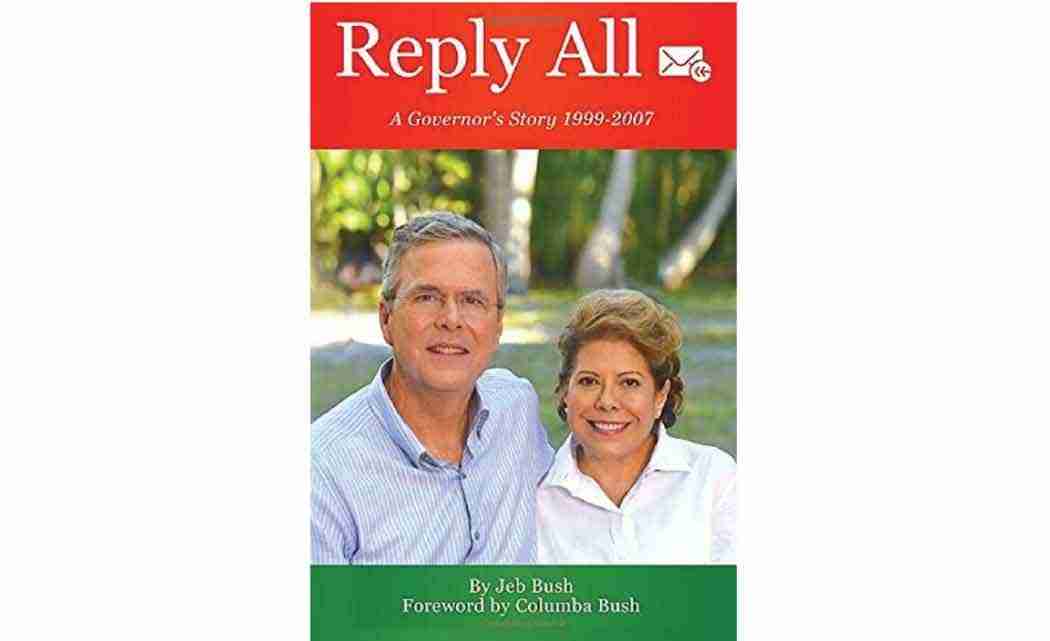 
MIAMI — Republican presidential candidate Jeb Bush on Monday released his long-planned e-book, “Reply All,” a selection of email exchanges with everyday Floridians, journalists and others during his two terms as Florida governor.

The book includes the saga of Elian Gonzalez, the five-year-old boy returned to Cuba more than a year after he was found clinging to an inner tube off the Florida coast when his mother and others fleeing Cuba drowned trying to reach U.S. soil. He wrote one constituent that the case “should not be looked at from a political perspective,” but what’s in the child’s “best interest.”

On the 2000 presidential election recount, Bush wrote: “As governor I was somewhat embarrassed about how difficult the recount became. Who had ever heard of ’hanging chads?” The razor-thin margin in Florida between his brother, George W. Bush, and Vice President Al Gore, led to a contested outcome resolved before the U.S. Supreme Court.

Next post What goes on inside the mind of Don Lemon?