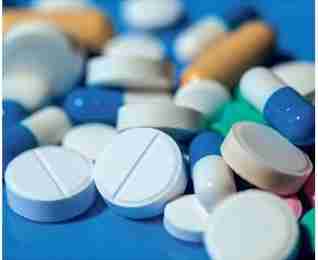 TALLAHASSEE, Fla. Florida saw another sharp increase in the number of opioid-related deaths in 2016, the state’s medical examiners say in a new report.

Opioid-related deaths increased 35 percent over the previous year, according to the report released by the Florida Department of Law Enforcement. Opioids were identified as either the cause of death or were present in the decedent’s system in 5,725 cases. That’s 1,483 more than 2015.

Cases where fentanyl was present increased by 80 percent, and deaths caused by fentanyl skyrocketed by 97 percent. The report for the first time breaks out fentanyl analogs, which are synthetic opioids similar to fentanyl but more powerful.

Fentanyl analogs usually prescribed for veterinary use and often 5,000 times more lethal than heroin were blamed for 1,026 deaths, with more than half the victims between the ages of 26 and 50. Only in Manatee County did such deaths exceed 25 per 100,000 residents. Palm Beach and Duval counties had death rates between 10 and 15 per 100,000.

“We knew we had a fentanyl analog problem but now we have the numbers that show it,” said Dr. Bruce A Goldberger, the director of UF Health Forensic Medicine. “If we go back only a couple years, there were less than 200 cases where fentanyl was abused. There was a baseline number of 150 to 200 cases every year.”

The report noted that much of the fentanyl was illicitly produced instead of pharmaceutically manufactured.

There were 1,644 fentanyl deaths, with most users taking it in combination with other drugs such as cocaine, heroin or methamphetamines. Duval County is the only county where fentanyl deaths exceeded 25 per 100,000 residents. Palm Beach County had a death rate between 20 and 25 per 100,000.

Combatting the opioid crisis is one of the issues the Florida Legislature will take up when the session begins in January.

Gov. Rick Scott declared the opioid epidemic a public health emergency in May. He has requested more than $50 million in funding and proposed legislation that would place a three-day limit on prescribed opioids, fight unlicensed pain management clinics and require all health care professionals to participate in a statewide database that monitors prescriptions.

“We saw a big drop in cocaine usage after the early 2000’s but now it is on another significant rise,” Goldberger said.

Next post Reverend Jesse Jackson fights against Parkinson’s and injustice