Get vaccinated for flu season 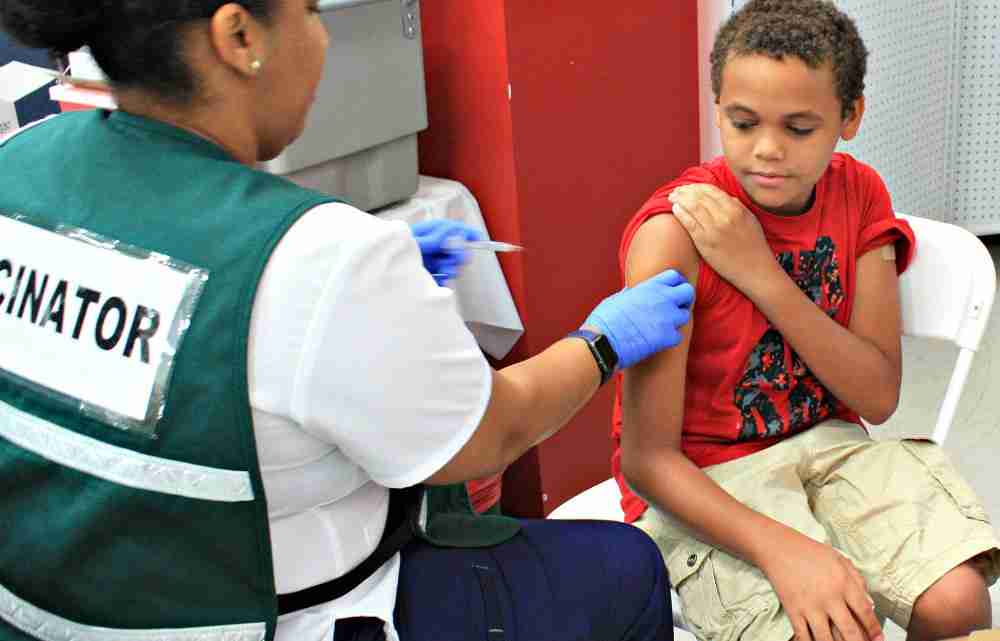 The Centers for Disease Control (CDC) recommends flu vaccines for everyone ages six and older.

As winter flu season approaches, a new study shows that getting a flu shot “significantly reduced” the risk of children dying from influenza virus, according to the Centers for Disease Control and Prevention.

The vaccine was 65 percent effective in preventing deaths among children, researchers reported in the journal Pediatrics. The number could be higher if more adults were vaccinated, as well, so they did not bring the virus home with them.

“The more people who get vaccinated, the more people will be protected from flu, including older people, very young children, pregnant women and people with certain long-term health conditions who are more vulnerable to serious flu complications,” the CDC wrote in a summary of the research.

The CDC recommends flu vaccines for everyone ages six months and older. Flu causes hundreds of thousands of illnesses every year and thousands of deaths. People at higher risk include children under five, adults over 65, pregnant women and people with existing medical conditions such as asthma.

It takes about two weeks after vaccination for your body to develop protection against the flu, so it’s best to get immunized early. Flu season typically peaks from December through February, but can be unpredictable.

Other common-sense protections: Wash hands frequently, for at least 20 seconds.

Stay home when you’re sick. Clean and disinfect commonly used surfaces in your home and other locations. Avoid touching your face. Cover coughs and sneezes with a tissue or your elbow.

The Florida Department of Health (DOH) in Broward County recommends getting a flu shot from your private physician, but if that is not possible, you can also find it at Department health centers and many retail outlets. Like last year, nasal spray vaccine is no longer recommended due to concerns regarding its effectiveness.

Supplies of shots are plentiful, including newer “cell-based” versions that grow the vaccine in a lab instead of in eggs, as has been the practice for decades. The new versions will help a small number of people who skip vaccine because they are allergic to eggs.

“Consult your doctor about which vaccine is right for you,” said Dr. Paula Thaqi, Director of DOH-Broward.

Last year, just 59 percent of U.S. children and 42 percent of adults got their shot. Florida ranked 12th lowest among states, with 43.3 percent vaccinated.

Most versions of this year’s vaccine protect against four strains of flu – A-type H1N1 and H3N2 and two strains of B-type flu. If you can’t find the four-strain vaccine, the CDC recommends taking the threestrain vaccine rather than wait.