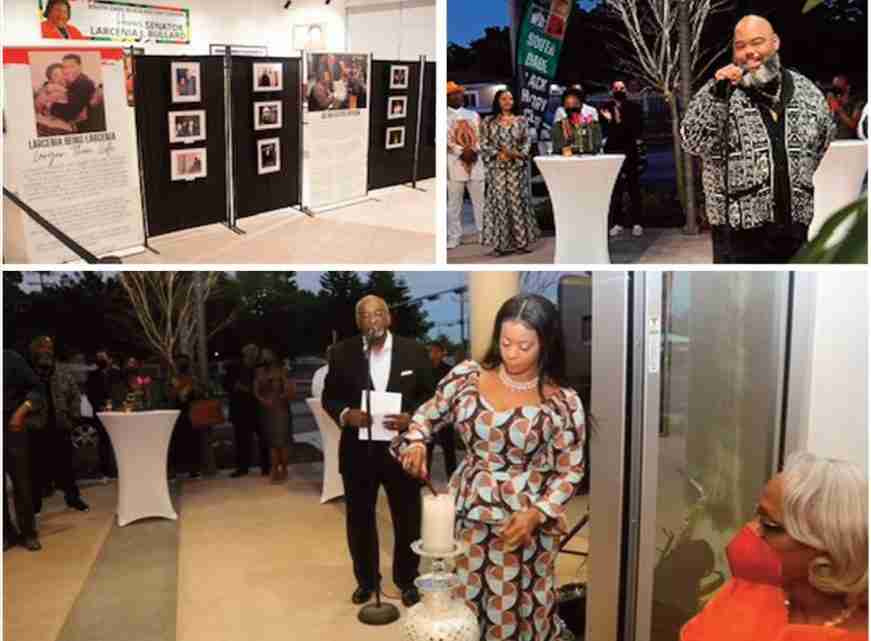 Miami, Fla. – The South Dade Black History Center recently hosted the opening night ceremony for the Sen. Larcenia J. Bullard Exhibit. Attendees enjoyed an evening of live music, food and a gallery walk through of the exhibit which chronicles the life and legacy of Bullard.

The opening night reception began with a moment of silence and candle lighting in honor of the late senator, who served in public ofﬁce as a member of the Florida House and State Senate and was the ﬁrst woman to be elected to District 118 in the Florida House of Representatives.

“This was an excellent tribute to my mother,” said former state Sen. Dwight Bullard, her son. “Her life and legacy were captured in an honest and thoughtful way.”

“It’s always great when the community comes out to support our mission of preserving Black history within our communities,” said former County Commissioner Dennis C. Moss. “Sen. Bullard was a remarkable woman and elected ofﬁcial whose legacy deserves to be shared and honored.”

The South Dade Black History Center is in the Larcenia J. Bullard Plaza in Richmond Heights, District 9. It is one of the 11 boards under the Ofﬁce of Community Advocacy, a division of the Miami-Dade Board of County Commissioners.