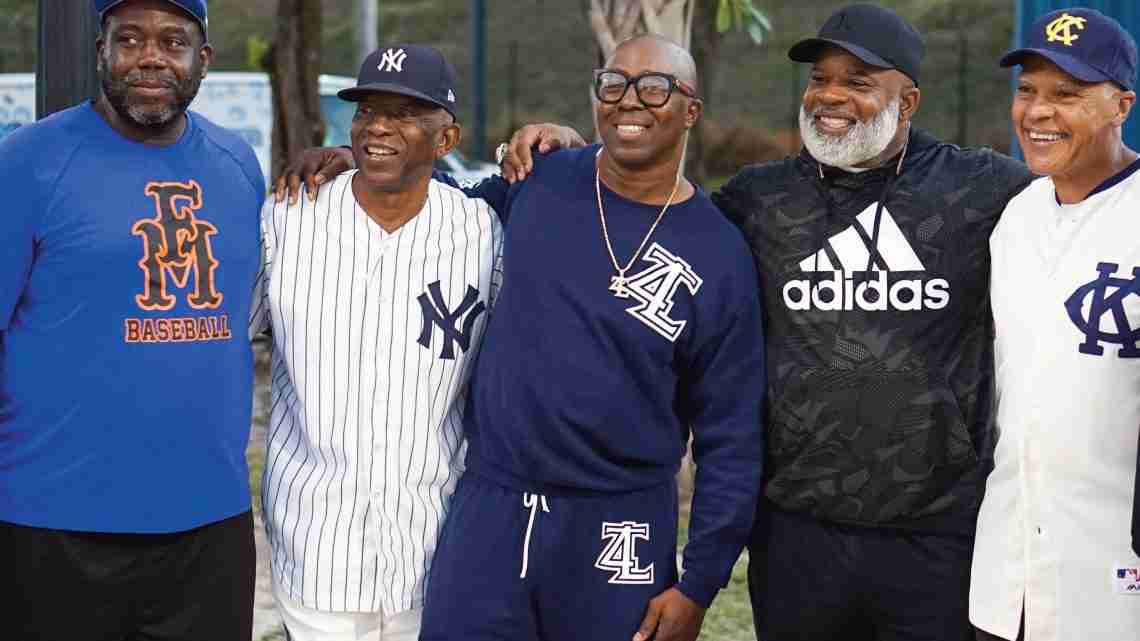 Miami, Fla. – Miami has seen its share of racial inequality and discrimination over the years that even had an impact on Black celebrities and civil rights leaders in the 1960s, such as Muhammad Ali, the Rev. Martin Luther King Jr., Malcolm X and Sam Cooke.

Though they made a big impact in sports, philanthropy, the Civil Rights Movement and music, Ali, King, Malcolm X and Cooke were banned from staying in white-owned hotels in Miami and Miami Beach during their visits to South Florida.

Instead they stayed at the Historic Hampton House, an iconic motel and lounge at 4240 N.W. 27th Ave. in Brownsville, which is now a cultural arts center and museum where the walls echo the rich legacy of Black icons and Black leadership in Miami.

And what better place to engage in a dialogue about the racial and social challenges Blacks face today than the Historic Hampton House.

The Miami Foundation, one of the largest philanthropic institutions in the Greater Miami area, recognized and celebrated community leaders, artists, philanthropists, and local organizations working to strengthen Miami’s Black communities during the 7th annual State of Black Philanthropy 2022.

The Feb. 23 virtual event highlighted roundtable discussions by Black leaders and aspiring young leaders who are raising awareness about racism and other challenges Blacks still face, and suggested more Black and corporate leadership could be a solution.

The African Heritage Cultural Arts Center in Liberty City, which since 1975 has served as the nesting ground for emerging talents in the performing and visual arts for Blacks, also was a venue to discuss racial inequality in the Black communities.

Jaret L. Davis, a partner with the Miami law ﬁrm of Greenberg Traurig in Miami and a board trustee for the Miami Foundation, and former Miami Heat basketball player Shane Battier, who is cofounder of the Battier Take Change Foundation, an organization that offer resources for development and education of under privileged kids in Miami, Houston and his hometown of Detroit, tackled the issues of racial injustice, poverty, an affordable housing crisis and lack of private and corporate dollars to improve the poor conditions in the Black communities.

Kerry Ann-Royes, president and CEO of YWAC, also was part of the panel.

"As black leaders, how do we be those change makers?" asked Davis, who also serves on the Board of Directors for Nicklaus Children’s Hospital. "How do we be that source?" Davis said he receives thousands of text messages from concerned Black citizens who are seeking help and answers.

"When it comes to Miami-Dade County, I know the system pretty well and I did my best to educate them and say, ‘well if you want to affect change we can talk to this person,’" he said.

Battier said the issues affecting the Black communities are overwhelming and he uses his own life and basketball experiences to try to help people understand that progress can be made, but it’s an uphill battle.

"It’s overwhelming," he said. "There’s no playbook on this, and there is no class in college that you can take on how to be a leader especially during social unrest. You take cues from others, and you try to shape them in with your own experience."

Battier said the most signiﬁcant part of being a leader is to be authentic and honest with the people who are depending on "you."

"You can’t give them the wrong answers when people are generally asking for help," Battier said. "And that’s what I did. For someone who was a basketball player all my life dealing with the microaggression of being a Black basketball player and growing up in the suburbs of Detroit, Mich., I just spoke about what I knew."

Davis said the tension between law enforcement and African Americans including police brutality and excessive use of force over the years has taught him to share his own experience with the police instead of remaining silent.

"I was listening to people, hearing friends and people in the community with certain opinions, and I’m thinking to myself, ‘If I’m silent I am adding to the ignorance,’" he said.

"I’m not a philanthropist but as a Black man I can say I’ve experienced it. You can’t pretend that it happens to a tiny portion of Blacks. It happens to all of us. And all of us is the key and that’s the issue.”

Davis said he has seen people step up to help the Black communities including his law ﬁrm which made a $1 million commitment and funds from the Miami Foundation.

"But are we moving the dollars in the right areas?" he asked. "Dollars are flowing but are we focusing on addressing social injustice?"

Royes said several things are happening at both end of the spectrum. She said one is transformative where corporations and other groups put their trust in Black female-led organizations to let them lead the way, and the other is seeing investments like the contribution from Miami Foundation that have come fast and with a lot of support behind it.

"It’s like a map, you own a piece of the puzzle, and you see where you can make the most impact and that’s where you get the radical, that transformation," she said. "You have some framework of that map. Here is the progress we are making, and these are the roles we are playing."

Davis said a lack of coordinating force of massive resources is another issue for the Black communities.

He said the massive rebuilding efforts after the devastation caused by Hurricane Andrew in 1992 were successful because of the coordinating force of massive resources that could have been misspent or misallocated.

"That’s what we need, a coordinating force, which is a big lift, but it could be done," he said. "At the darkest moments true leadership steps up. That’s what happened during the Civil Rights Movement, the coordination force of massive resources. And we knew who the leaders were back then."

Royes said the root of Black philanthropy is sacriﬁce.

"It’s taking less so someone else can have something," she said. "The example of sacriﬁce is Black grandmothers and Black women supporting their grandchildren and children, giving them more and they get less. As a Jamaican immigrant and leader of an organization, that’s what I see missing from corporate philanthropy, the element of giving back."

Dr. Nelson Adams, a board trustee for the Miami Foundation, and chairman of OB/GYN at Jackson North Medical Center, said he was inspired by the roundtable discussions and more work needs to be done in the Black communities. Adams said Muhammad Ali has been his inspiration ever since the former world heavyweight boxing champion moved next door to him in the 1960s.

"That resonated with me tonight," he said. "Because one of the things he said was ‘Float like a butterfly and sting like a bee.’ But when it’s time to bring the stinger on, we are beneﬁciaries. We are enjoying the fruits from trees we didn’t plant. So, I encourage each of us to plant the seeds so the trees can grow for our children and generations to come."