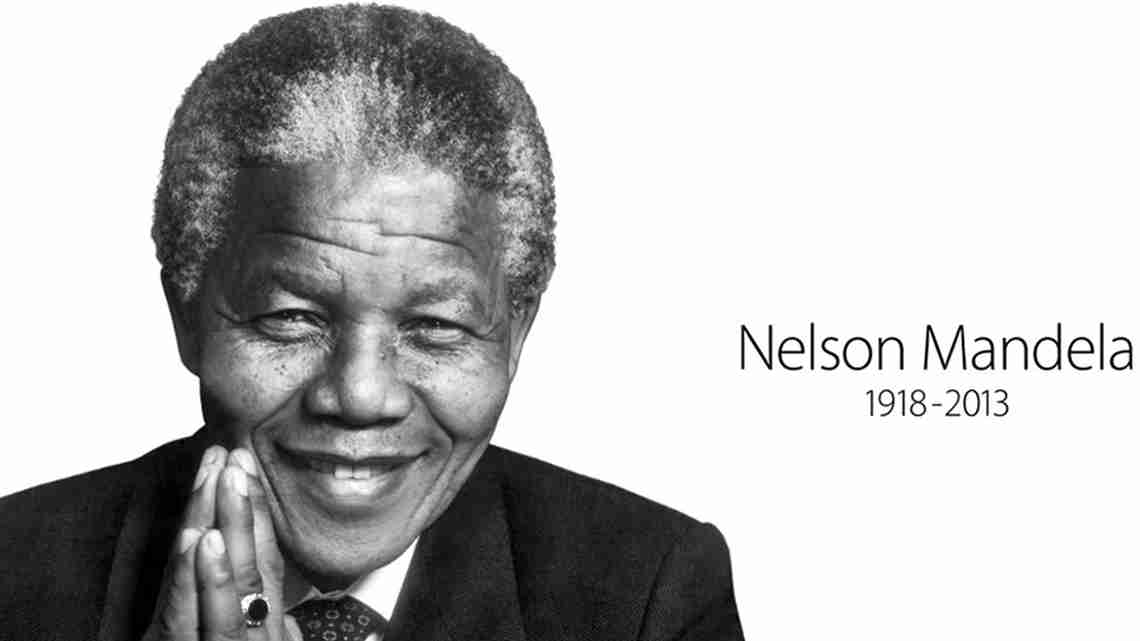 FORT LAUDERDALE – It is a moment in his life that Miami attorney H.T. Smith has never forgotten: the embrace which he received from Nelson Mandela in 1990.

“I felt I was kissed by history,” Smith said. Mandela, one of the most beloved leaders of the 20th century who overcame 27 years in prison at the hands of the racist white minority regime in his native South Africa to become president of the country, died Tuesday, Dec. 5, at age 95.

U.S. Rep. Alcee Hastings, D-Fla., described the anti-apartheid leader as “a champion of equality.” “A commanding advocate for equal rights and opportunities, Nelson Mandela led the charge against institutional racism and discrimination in South Africa, fighting apartheid and fostering an era of peace and reconciliation. Truly, the name Nelson Mandela has become synonymous with peace, justice, and the most steadfast perseverance,” Hastings said in a statement. U.S. Rep. Frederica S. Wilson, D-Fla., described him as “truly a remarkable and inspirational human being.”

“President Mandela inspired a movement for freedom and equality that not only transformed South Africa but also humanity,” she said. “Nelson Mandela was a man of steel and a symbol of peace. He was a gift from God to this world.” Mayors of three counties expressed similar views.

Palm Beach Mayor Priscilla Taylor said Mandela “had an outstanding effect on Africa and the whole world really.” “We are all saddened by his passing, even though we knew it was coming,” Taylor said. “He was just a great man and we can learn a lot from what he did, working across party lines to achieve good things for everybody.”

Broward Mayor Barbara Sharief said he helped his country overcome its problems, “setting aside feelings of hatred and vengeance.”

“It is rare to find that quality and that is why the world is grieving for him,” she said. “He is a hero and a legend who leaves a legacy we all aspire to.”

Miami-Dade Mayor Carlos A, Gimenez, leader of the same county who snubbed Mandela during his trip to the area shortly after his release from prison, released a statement describing him as someone “who not only overcame great odds in his fight to abolish apartheid in South Africa but also became a global symbol of leadership.”

In Riviera Beach, Mayor Thomas A. Masters ordered that flags at City Hall be flown at half-mast in honor of Mandela through Monday, Dec. 16.

“President Mandela’s spirit of grace embodies the season we’re in, this season of Christmas, Hanukkah and Kwanzaa, with its principles of love, unity, restoration, forgiveness, peace on earth and, of course, goodwill toward all,” Masters said.

Miami Gardens Councilman Erhabor Ighodaro, a  Nigerian-American, said the late African champion for human rights was “an icon for people who want to be free around the world” and “the Biblical Joseph of our time.”

“He endured suffering for righteousness,” Ighodaro said. Mandela, who had been ailing for some years, was sentenced by the apartheid regime on June 12, 1964, to life in prison because of his insistence that the system of “racial apartness” must end.

The Cuban-American dominated governments in Miami-Dade County, and the city of Miami, along with Miami Beach, refused to grant Mandela an official welcome in 1990 when he visited Miami Beach in 1990 to be honored by the country’s labor movement which was a leading advocate for his release.

Smith, an attorney who waged an almost singlehanded campaign against apartheid and Mandela’s imprisonment from thousands of miles away, had persuaded Miami-Dade County, Miami,  Opa-locka and a few other local authorities to divest pension investments in South Africa as part of a rapidly growing trend across the United States.

But Mandela refused to denounce then Cuban President Fidel Castro and his regime over its human rights record and, in fact, thanked Castro for supporting him while he was in prison. That turned the powerful Cuban-American community in Miami-Dade against him, hence the snub.

Mandela also refused to disassociate himself from then Palestine Liberation Organization (PLO) leader the late Yasser Arafat, another of his staunch supporters. That earned him condemnation from many Jews and Miami Beach refused to welcome him even though he was being honored at the Miami Beach Convention Center.

Rival demonstrators lined the street outside the center with placards praising and denouncing Mandela. The snub so incensed Black Miami that Smith and another attorney, Marilyn Holifield, led a “Boycott Miami” campaign, calling on organizations and groups around the country not to hold conventions in the county. They were joined by several community activists, including then Miami-Dade NAACP President Adora Obi Nweze, who currently heads the state NAACP branch, as well as the local chapter.

“Each day, I have tried to do something special in tribute to Nelson Mandela’s life and work,” Nweze said this week. “Those of us who believe in him and know the inner strength to go on that he showed in spite of the circumstances, know we cannot be indecisive in the struggle.

“It is his spirit on the inside that inspires us to continue,” she said. Smith estimates that the boycott campaign – dubbed the “Quiet Riot” – lasted 1,000 days and cost Miami-Dade County about $100 million in lost convention and tourism revenues.

“We wanted to show we make a significant contribution to this community and also that we would not sit idly by and let our hero be disrespected,” Smith said.

The campaign ended when officials agreed to a major plan of action that included ensuring more blacks would be trained and placed in the tourism industry.

Meanwhile, a coalition of Mandela’s admirers announced they plan to hold a “celebration of life ceremony” in his honor from 4 to 6 p.m. this Thursday, Dec. 12, at the Arsht Performing Arts Center in downtown Miami. Those wishing to donate towards the cost are asked visit http://www.cityyear.org/donate.aspx and click on “secure online donation.” Donations must be marked  “Miami”  and #MandelaMiami should be indicated in the Donor Information Form comments box.

Next post Praise God – especially when you’re under pressure