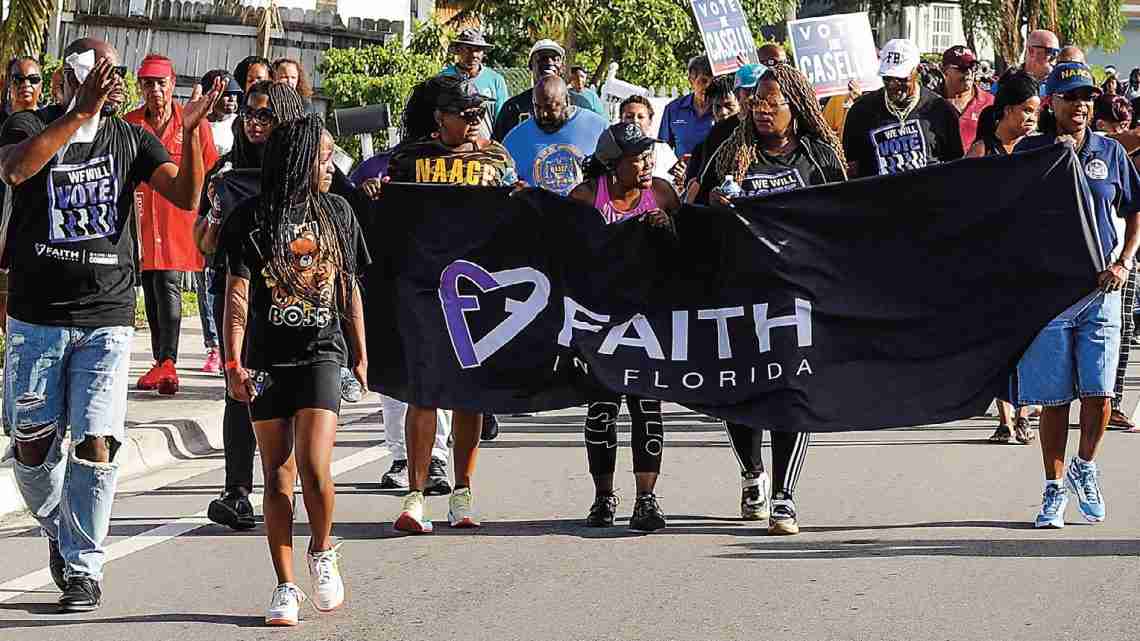 West Palm Beach, Fla. – Last weekend Faith in Florida introduced Trappin to the Polls, the concept of taking millennials from the sports bar to the polls, with “trappin” being young people’s vernacular for “having a good time and taking care of business.”

That’s what nearly 200 millennials did in the ﬁrst-ever such effort in Palm Beach County, according to the organizers, with varied organizations joining in the undertaking.

“They (millennials) don’t care about lip service,” said Chuck Ridley, president of Unify Palm Beach County. “Our young people care about action. They want to engage. It’s a lie that they don’t want to.”

“It’s unique and important because we want millennials to have fun and vote,” said Loren Lyons, Faith in Florida communication coordinator from Tallahassee, at OVO Sports Bar in West Palm Beach Saturday. “We must reach this population.”

Pastor Rae Whitely of Faith in Florida in Boynton Beach said the concept started when some of his younger volunteers said they respect Souls to the Polls with the churches, but not everyone goes to an organized church. They needed their own space where young people could vote and have fun, they said, and expressed a desire to make voting an exciting and fun experience. Trappin to the Polls was born.

Faith in Florida’s Sheila Jo Gaines said she is a millennial volunteer who led the charge, and OVO Sports Bar was immediately on board free of charge because they want to see millennials engaged and voting

“I voted for the very ﬁrst time and I feel great! It was very easy!’” said Chiquita Jones as she exited the Wells Recreation Center polling location, to which the group was bussed on a state-of-theart tour vehicle from Blackowned Bus One of West Palm Beach.

Young people are the least likely group to vote, according to Pew Research Center, yet millennials have surpassed Baby Boomers as the biggest electorates. There are now more millennials than Baby Boomers in the United States, according to the 2019 U.S. Census. Organizers said it’s incumbent upon them to reach this group.

“They may have been out here twerking but I saw young people engaged like never before today,” said Whitely. “I’ve had 20 young people now wanting to know what’s the next step after their vote. That’s impactful to me.

“One thing black moderates, millennials, and Gen Z’ers can all agree on is that housing is too high, and we all know the criminal justice system is broken. We all know someone who’s incarcerated. We all reconnected today.”

“This was just amazing,” said Joe-Gaines. She said her efforts surely paid off as an organizer. “Certainly we’ll be doing this again. Of course. I’m pleased we provided the education and the ‘why’ about voting and not just telling them ‘go vote!’”