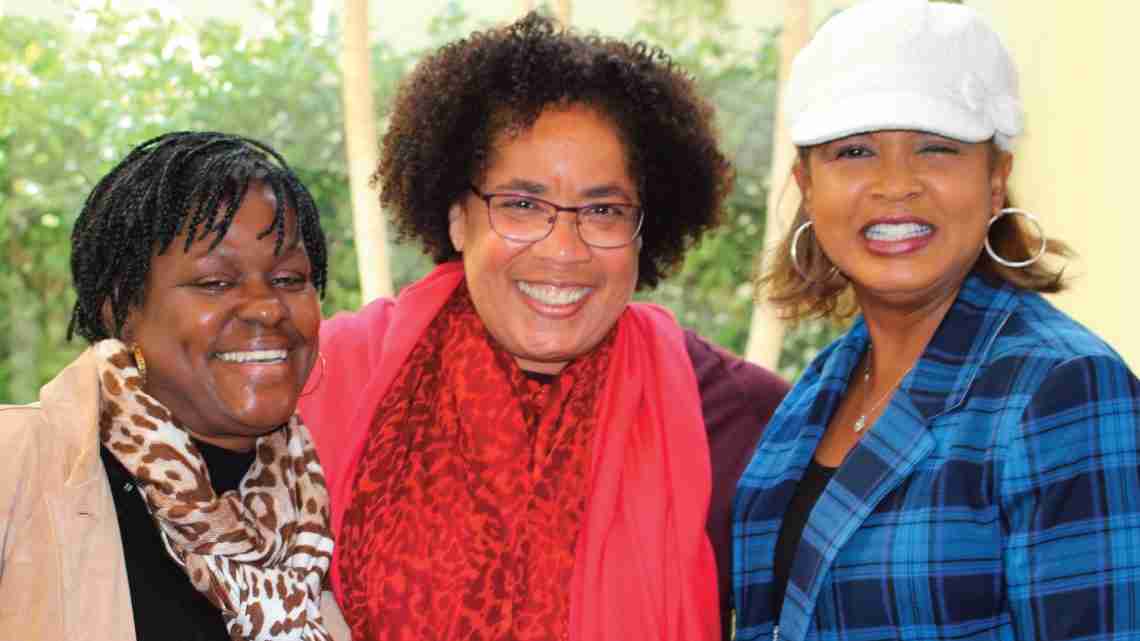 West Palm Beach, Fla. – Dr. Debra Robinson said it never was her intent to serve for 22 years on the Palm Beach County School Board. In fact, it was never her intention to run for the office.

But those who knew her extreme dedication and commitment said it was a must to take her longtime activism regarding children to a higher and more official level. They knew she would make a difference on a platform such as the school board. In 2000, she was encouraged to run.

“I was talked into it,” Robinson said. “It really was a continuation of my advocacy. It was like, ‘Now let’s do this.’”

The school board portion of her iconic career saw her repeatedly battle through racism, as well as the unprecedented hurdle of the coronavirus crisis and its challenges for school districts nationwide, including her own.

“You just put in the work,” she said of her lengthy leadership tenure. “I continued to do the work that was necessary.”

But in 2022, after many trials and triumphs, she closed the curtain on that manifestation of the lifelong service ethic with which she was raised in a household steeped in the values and imperatives of the Civil Rights Movement.

Chuck Ridley, chair of UNIFY Palm Beach County and a longtime friend and colleague, who worked side-byside with her on education and other community concerns even before her school board tenure, said it was a shoo-in for Robinson to be elected to the board.

“We fought for single member districts and she was our candidate,” said Ridley. “Black children were performing poorly in our schools and we needed someone who wasn’t going to sell their soul to make things right. She was the voice we needed that was unapologetically going to fight for Black children.”

Robinson is known as an extremely vocal proponent for the rights and privileges for Black children, and all children. She has never shied away from that stance and says institutional and systemic racism fueled her to fight so hard, and for so long.

“I was trying to change the system,” she said, pointing out that her greatest accomplishment was getting the powers that be to acknowledge that race was a factor in educating those children.

Robinson’s career as a medical doctor is as awe-inspiring as her career in education say supporters. She is a graduate of Michigan State University and the Howard University College of Medicine, an HBCU. Following her residency and internships, she practiced medicine in West Palm Beach, Belle Glade, Okeechobee, Pompano Beach and Chattanooga, Tenn., as well as the United States Department of Veterans Affairs Medical Center in West Palm Beach.

She also is married with three adult sons and five grandchildren who she says are the joy of her life. After her heralded two-decade school board career, she now wants to focus on her grandchildren. Apart from that, with the new year may come her next endeavor, she said.

Robinson’s choice to succeed her in the November election was African American attorney Corey Smith, who faced another Black attorney, Edwin Ferguson. A close vote in the primary brought a runoff election and eventually Ferguson won. “Corey is an outstanding person and leader but he didn’t win because he’s not a politician,” she said.

As for whether she has left the district’s Black children in good hands, the issues, she said, are complex.

“There are people inside the system who will fight for Black children, but the system is the system. And good people will have a hard time within the system.”

That underscores how valiantly she fought for children, said state Sen. Bobby Powell. “Certainly she was a trailblazer,” he said. “And she made the biggest difference for our children to have an equitable and quality education. We owe her a debt of gratitude for all she’s done for our children over and above what we could ask. She was a tireless proponent for what’s good and right, and her care, her concern, her dedication and extreme commitment time and again is unprecedented. She will be missed in that capacity but we wish her well in whatever she chooses next. We couldn’t have asked for anyone better to serve our children.”

Robinson’s three sons have watched her give selflessly to others. One son, attorney Tayson Gaines, said he has learned from his mother’s example. Her sons have mastered success in their own right as an attorney, pharmacist and engineer/public adjuster. Robinson repeatedly has said that her commitment to children was because “I gave birth to three Black men.” That is how she introduces herself to people, as at Tuesday’s meeting of the Florida Democratic Public Education Caucus.

Gaines recently celebrated his mother’s next chapter with a surprise gala in the ballroom at Gaines Park in West Palm Beach. About 100 special guests attended as marching bands and young dancers performed.

“I wanted to get her out of her element of always giving to others,” said Gaines. “We wanted to do something for her. She’s worked tirelessly on behalf of others so we wanted to show her our appreciation.”

Robinson’s priceless reaction showed he had accomplished his mission. “Yes, I was very surprised,” she said. “I didn’t know anything about this until I walked through the doors.”

At her last School Board meeting, Robinson echoed the late Maya Angelou’s “Still I rise” phrase, saying, “And I rise because I can’t sit down.”

While she will spend a lot more time with her grandchildren, she said, “I can’t walk away from my obligation to continue to try improve the circumstances for the children not similarly blessed.”

Next post Jones joins council for Black men and boys