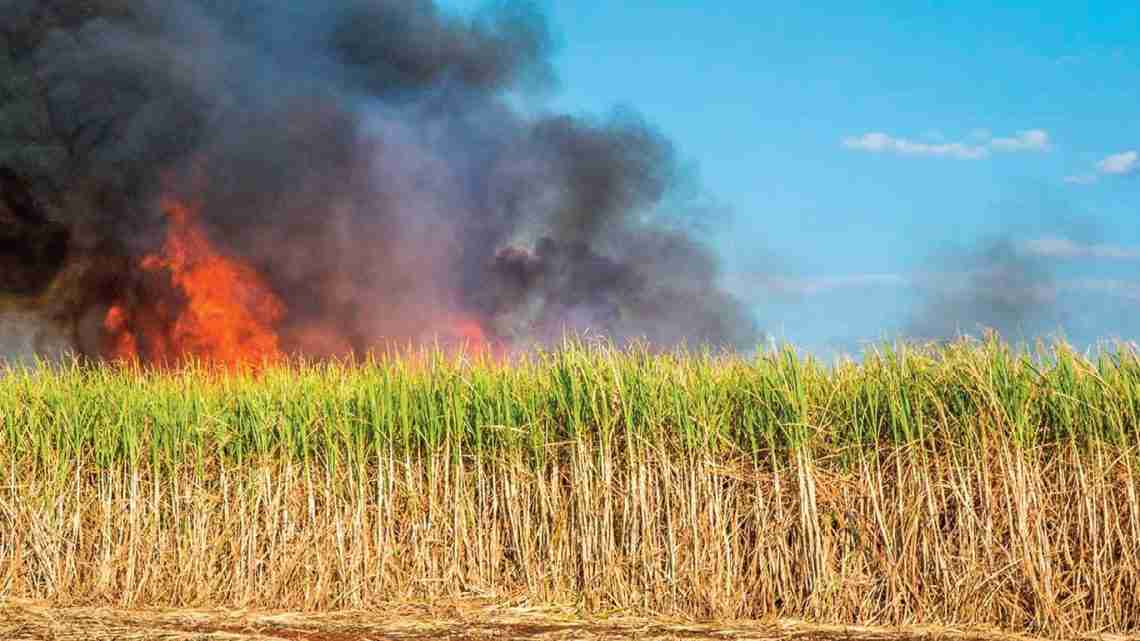 Big sugar companies’ preharvest practice of burning cane from October through May on vast farmlands east and south of Lake Okeechobee, rains soot and smoke down on towns in what residents call “black snow.”

Residents have teamed up with the Sierra Club Florida and other environmental groups to launch a Stop the Burn campaign to end the burning and urged the companies to use cleaner mechanical harvesting.

The culmination of the campaign was a recent rally at Nancy Graham Centennial Square Park, which is adjacent to Florida Crystals, one of the biggest sugar-growing companies in Florida.

It was the ﬁrst of many protests in an effort to stymie sugar cane-burning.

A video of the rally shows about 50 people holding placards, some anti-sugar cane-burning residents suggesting the smoke has caused respiratory problems, lung cancer and other health issues.

"The smoke is hurting us," said one man.

According to the Palm Beach Post, Steve Messam, a Stop the Burn campaign activist, said the issue is Black and White.

He said in 1991, the Florida Department of Agriculture banned growers from burning when winds blow in the direction of White communities such as Wellington and Royal Palm Beach following a flood of complaints.

It’s a different story with the Black city of Belle Glade, which is a low-income area.

“The sugar industry’s always asking where’s the data,” Messam said. “The people in Wellington didn’t provide one shred of datah” he added, “But when the wind is blowing west on Black and brown people, it’s burn, baby, burn.”

The companies pushed back, saying pre-harvest burns are not linked to health issues, and instead are essential to sugarcane harvest in South Florida including increasing safety, alleviating vehicle trafﬁc and promoting health plant regrowth for subsequent crops.

The companies indicated that stopping pre-harvest burning would cost jobs.

Sugar-cane farming provides most of the income for residents and migrant farmworkers in Palm Beach County, according to Florida Farm and Family, an agriculture online magazine.

About 70 percent of Florida’s commercial sugarcane acreage is in Palm Beach County, strengthening the labor force for growing sugar cane and vegetables.