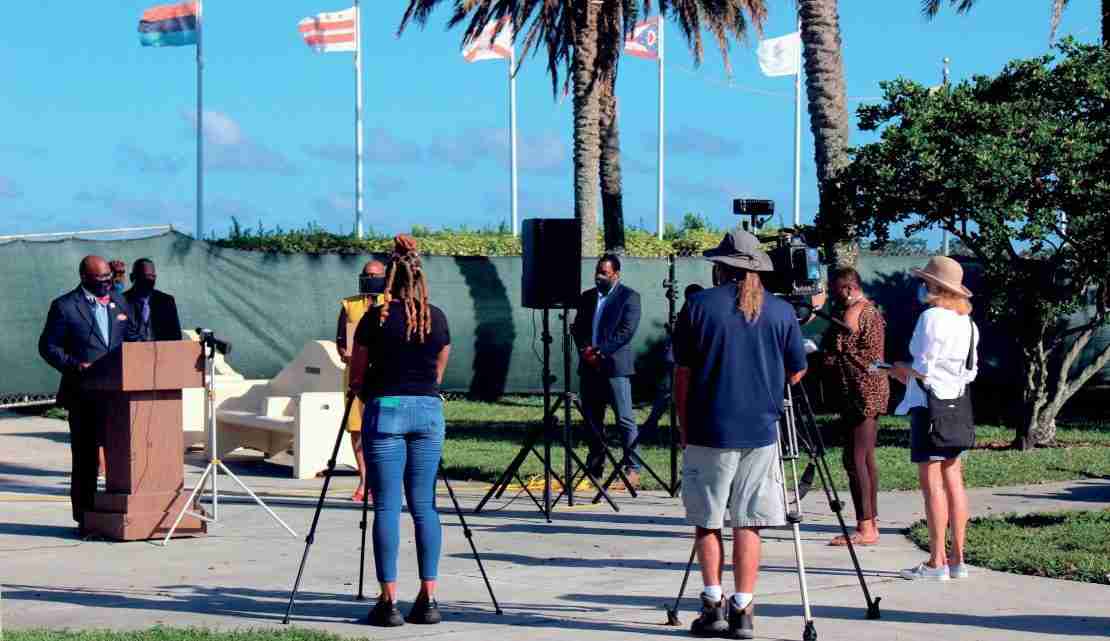 West Palm Beach, Fla. – On Feb. 18, 2021, a year into the coronavirus pandemic, a group of thought leaders, politicians, business leaders, health ofﬁcials and other advocates held news conferences in three counties announcing an ambitious initiative that they said was long overdue in South Florida’s Black communities.

Members of the newly formed South Florida Black Prosperity Alliance said they had a mission and plans to address nearly every area of disparity and inequity facing African Americans in the tri-county area.

What has happened since that day during Black History Month, when introductory news conferences were held throughout the region, including at the Martin Luther King, Jr. Memorial in West Palm Beach, which seemingly was strategically selected for such an announcement? Are Black South Floridians experiencing the fruits of the monumental plans announced? Has the group disbanded, leaving only fragments of a seemingly cohesive coalition? Is there a dream, a vision and a future still being touted?

Today, several of the key players at the time seem illusive. Dale Holness, who was then a Broward County Commissioner, and who is now in a heated race for Congress, said he didn’t know what’s currently happening with the alliance.

Ann Marie Sorrell, president of the Mosaic Group, an award winning public relations ﬁrm, who at the time was newly elected to the Soil and Water Conservation District, deferred to Eric Knowles, president and CEO of the Miami Dade Chamber of Commerce, who she said would have more answers and insight about the group.

Knowles twice said he couldn’t talk because he was headed into a meeting, but in brief comments said the group hadn’t met regularly, and alluded to some dissention. He gave as an example the plan to house homeless people at Miami’s historically Black Virginia Key Beach, which has drawn outrage from Miami’s Black community, namely the Miami-Dade NAACP.

During the 2021 news conference, Knowles said that equity and inclusion are timely issues. The group also stated it would tackle disparities across the tri-county county in the areas of community and culture, education, jobs and wealth, health, justice, and youth. They said they would increase economic prosperity and create generational wealth for all across the Black Diaspora.

At best the alliance no longer appears to be a cohesive group as formerly key players seem no longer in the loop. Getting an update and answers hasn’t happened.

At the onset of the 2021 press conference the group touted itself as a ﬁrst, having partnered with organizations and determined individuals of like minds to address the ongoing disparities facing Blacks in one of the wealthiest enclaves in the world – South Florida.

It is unclear whether any progress was ever made toward that end, or any community update is upcoming.