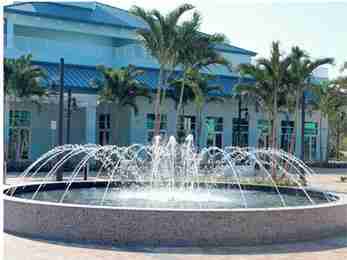 Perhaps the greatest legacy of Tony Brown, the former director of Riviera Beach’s Community Redevelopment Agency (CRA), is that the Event Center at the city’s new Marina Village is bustling with activity.

Grand events are being held in the ballroom and on the rooftop lounge, signaling the thriving operation that residents and clients had hoped for when they passed legislation a couple of years ago to redevelop the dilapidated area west of Broadway along the Intracoastal Waterway.

Part of the redevelopment included the Event Center, which is poised to host parties, family reunions, myriad other celebrations and more.

It is all part of a multimillion-dollar makeover of the marina that was Brown’s vision at the time, and now is becoming his most visible accomplishment.

Despite his leadership at the helm of the project, however, Brown was suddenly ousted earlier this year by the CRA Board, which is composed of the city’s council members.

Although no real explanation was given for Brown’s firing, Councilman Terence “T.D.” Davis led the charge to fire Brown, saying he wanted to go in a different direction.

The move stunned many and outraged others, but it had been well known that Davis and Brown didn’t see eye to eye. Davis, along with council members KaShamba Miller-Anderson and Lynne Hubbard, voted to dismiss Brown, while Tonya Davis Johnson voted against the motion. Councilwoman Dawn Pardo, who was absent, wanted no part of the firing, citing it as abandoning the massive marina project that was in progress under Brown’s leadership.

At the time of his ouster, Brown said he worked at the pleasure of the board and they decided to go in a different direction. He didn’t speculate on a reason for his firing.

Brown said he hoped the board would remain attentive to the marina project and its immense potential. “It would be frivolous for any administration and any CRA board to not focus on getting the marina profitable.” Brown said. “Otherwise the investment would not have its intended impact.”

Those who voted to oust Brown did not support marina development, which was a highly controversial issue in the city. Some felt too much focus was placed on big business instead of the “common” folk in the city, and thus were not in favor of the huge project.

But Brown said the redevelopment would make Riviera Beach a “destination” city, with much more to offer tourists who would come for its waterfront amenities.

Riviera, a predominantly black city of just over 30,000, has been known by some as much for crime (a wave of gun violence prompted Mayor Thomas Masters’ recent call for checkpoints along the city’s borders), and factional politics, as for its beaches, ocean access, harbor and other amenities.

But Brown said the massive marina redevelopment would attract a newfound reputation for the city, and would better utilize its highly touted downtown waterfront. That is now happening.

Brown was hired in 2010 due to his expertise in economic development financing, as opposed to CRA experience. He was chosen because of his background using financing to stimulate investment in low-income communities.

He has said the marina is poised to attract more than $300 million in private development, depending upon the economy, in the next 10 years. Many Riviera residents credited Brown for providing a foundation for a new reputation for the city. Marina Village is now a world-class destination for the marine industry.

Scott Evans, who worked under Brown as the CRA’s director of planning and development, is now at the helm of the agency, in Brown’s place. Evans has said he will continue to develop the marina project, working at the board’s discretion.