Mexican Soldiers Help Out in Aftermath of Hurricane Delta 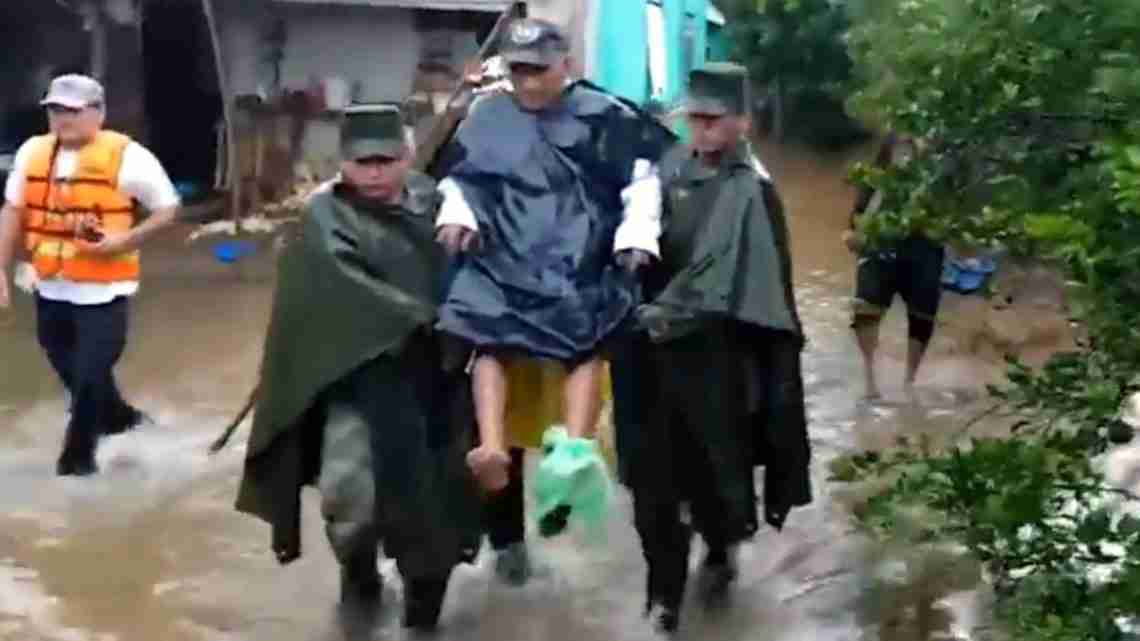 Roughly 5,000 Mexican soldiers have been helping out after Hurricane Delta caused extensive flooding and property damage on that country’s Yucatan Peninsula.

The soldiers’ actions are part of an operation dubbed Plan DN-III-E, which was announced by Mexican President Andres Manuel Lopez Obrador at a press conference on Oct. 6.

The plan, also known as the Civil Relief and Aid Plan for Disasters, calls for Mexican armed forces to help citizens, both locally and in some cases abroad, after natural disasters or ones caused by human activity.

The announcement came just one day before Hurricane Delta made landfall on the Yucatan Peninsula, including the popular Riviera Maya tourist spot on the Caribbean coast, in the early hours of Oct. 7.

There have been no reports of casualties or estimates on the expected costs of the damages left behind from the hurricane in Mexico. However, authorities are expected to start that assessment soon.

A variety of videos have been posted showing members of the Mexican armed forces helping locals in various ways, including:

The storm is expected to make landfall again in Louisiana, midday on Oct. 9. That state has been hit by numerous hurricanes in the last 15 years, including the massive category 5 (sustained winds of 157 mph and up) Hurricane Katrina in late August 2005. That hurricane killed more than 1,800 people and caused an estimated $125 billion in damages, most of which occurred in the city of New Orleans.

Hurricane Delta is the 25th named storm of this year’s storm season to date The record for the most storms named in a year is 28, which was set in 2005.

The post Mexican Soldiers Help Out in Aftermath of Hurricane Delta appeared first on Zenger News.

Next post Spanish Police Seize $176K Worth of Illegal Fossils