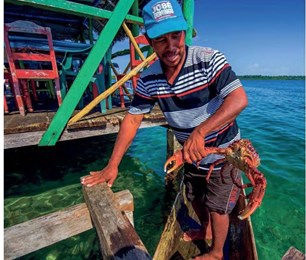 Jacksonville, Fla. – Florida’s defense industry is playing a major role in efforts to grow Florida from its current 17th largest economy in the world to the 10th largest economy, the Florida Chamber Foundation announced today during the 2019 Military, Defense and Veterans Opportunities Summit.

Florida is one of the most strategically important states for the U.S. Armed Forces with 20 major military installations, three combat command centers and thousands of defense contractors supporting more than 800,000 Florida jobs. And discussions on expanding the military and defense industry and supporting Florida’s growing veterans’

population are topping discussions during the first day of the summit taking place in Jacksonville.

Both Wilson and Major General, U.S. Army (Ret.) Michael D. Jones, a headlining speaker, focused on how the 2022 expiration of the moratorium on oil drilling could be harmful to Florida’s military bases.

“Think about the importance of Florida and the Gulf of Mexico. If you’ve not been following what Congress is not doing, the moratorium on oil drilling ends in 2022. If Congress doesn’t deal with the moratorium expiring in 2022, we could have drilling nine miles off our coast,” Wilson added.

Major General Jones also urged Military, Defense and Veterans Opportunities Summit attendees to remain vigilant on the rebuilding of Tyndall Air Force Base. He noted that there is a commitment to rebuilding Tyndall though the reality is we need to be cautious. “If we don’t think there are others out there who are competing, who would like elsewhere, I think we’re being naïve,” he said.

Previous post CBS, Viacom to reunite as media giants bulk up for streaming