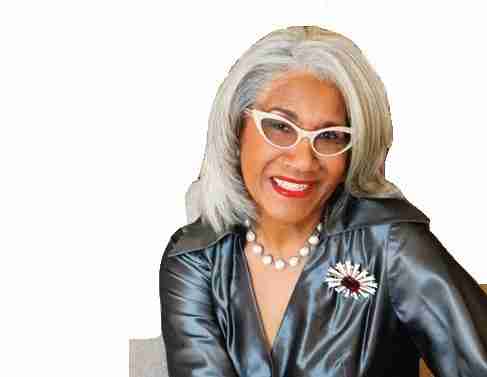 I anticipated a summer ‘vacation’ free from worry and anxiety over world affairs, you know, a general slow-down, to just chill. Wishful thinking.

At last check in, the Russian invasion in Ukraine is still ongoing (since February 24, 2022), USA and China are rattling their nuclear sabers over the status of Taiwan, economists are debating if we are in a recession-or not, consumers are whip-lashed from the roller coaster prices at the gas pump and in stores, and the perpetual war over the womb has declared a victory- at least in Kansas!

And as Kansas goes, so do others?

I’ve always been perplexed about how living in one state or another can offer so many variations of lifestyles; how states can be red, blue, or purple, conservative or liberal, when we are supposed to be living in the united states of America.

For example, Indiana just enacted a law to ban nearly all abortions (making some exceptions), almost the total opposite of Kansas! Wait. Aren’t they both in the USA?

I know, it is embedded from when the original colonies followed their own dictates, i.e., Maryland was the Catholic colony, before the USA became a republic.

But its 2022 and some of the arguments about upholding States’ rights are so eighteenth century.

States’ Rights just feels so wrong. It is contrary to my free-spirited nature- to not be able to do what I am entitled to dounder one law, no matter where I live. Receiving equal treatment, whether it is in public schools, my right to marry any person, having access to abortions and other health care, and at the same costs, seems so fundamental.

Just where are we living? Divided, indeed.

I know some folk get upset thinking that universal beneﬁts sounds like “socialism," but we already have many instances of “universal” protections and we have embraced them- social security being the most established.

We remain stuck in the past when we debate the worthiness of human beings; accepting that only those who are deemed thrifty and/or hard-working are entitled to equal basic beneﬁts.

Just where do these ideas about worthiness come from anyway? Home? School? Religious in institutions? Political parties?

Back to life, back to reality.

What I know for sure is that the past is gone, and the future cannot be foretold with one hundred percent certainty, so that leaves us with the present state of affairs.

And today offers opportunity, and hope.

My social media feed is overrun with success stories- the current generation of influencers is thriving wherein all sectors of the population are represented. I see once marginalized people includedtheir voices are loud and proud-and that brings me hope.

And, it’s exciting to ‘follow’ the trends toward a more inclusive society, notwithstanding the battle (there will be blood) being fought over who is entitled to all the rights and privileges promised in the Constitution and declarations written by the founding fathers.

Yes, there are extremists on all sides of debatable issues, but contenders in the political arena are constantly being vetted through the election process; the people will be heard. For those who agree to disagree, I am conﬁdent that the majority rule will still be the winning model; that truth-sayers will prevail, and that the wash will come out clean in the end.

So, when will it end? Never! That’s the point of the American experiment- to continue debates about democracy and rights and privileges.

I have hope in this world which my grandchildren have inherited, where the political landscape shifts.

In this new world order, a viable debate is underway about whether the GOP is dead and/or that the Democrats are too polarized. We have many tangible examples in support of both these statements being truer, than not.

There are serious discussions about forming another party. Word.

I’m also enjoying the examination of the growing dominance of Supreme Court, and the review of the balance of powers amongst the three branches portends another shift (putting more members on the Court and/or taking more Legislative action about what matters most to the people).

These are all great movements towards a more equal union.

These major shifts are ushering in refreshing re-evaluations: what makes the American form of democracy- still an experiment- workable.

So, in this new order, my hope is that we can set-aside divisive labels and just focus on quality of life issues that each person living in this country should have.

In this present moment, we get to witness and participate in the outcome for a future which we hold in our hands when we vote! We must never not vote!

Next post With extremism on the rise in Republican Party, Kansas voters preserve abortion rights