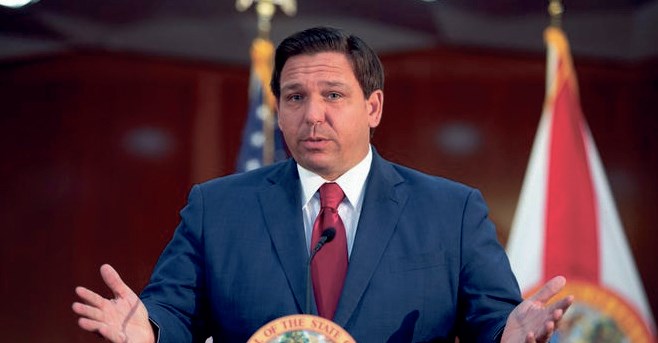 A useful tool when evaluating any proposed legislation seeking to expand the criminal power of the State is to determine whether the new provisions seek to identify a “race problem” and then criminalize it.

The criminalization of “race problems” has been the central animating theory of conservative politics and has served the cause of White Supremacy since before the country’s inception. As compellingly detailed in Michelle Alexander’s “The New Jim Crow: Mass Incarceration in the Age of Colorblindness,” the criminalization of “race problems” most recently found expression in the “War on Drugs,” which was conceived under Ronald Regan in the 1980s and which continues to destroy Black communities today. Relying on statistics establishing that Blacks are substantially less likely to use and sell drugs when compared to whites, yet Blacks are arrested, prosecuted, convicted, sentenced, and deprived of civic, political and economic rights in grossly disproportionate numbers, Alexander frames the “War on Drugs” as the pretextual deployment of the criminal power of the State against Black communities in service of White Supremacy, just like Jim Crow.

Black people stamped with the brand of “criminal” – through the “War of Drugs,” through calls for “Law and Order,” or through Gov. Ron DeSantis’ proposed anti-protest legislation – may then be subject to “legal” discrimination in access to employment, benefits, housing, and political participation, just like Jim Crow.

The insidiousness of the expansion of the criminal power of the State found in the governor’s so-called anti-protest legislation lies in the broad discretion vested in law enforcement to sweep Black people into the criminal justice system based on anti-Black discriminatory factors, both conscious and subconscious, which broader society refuses to acknowledge or confront. The reverse side of this problem lies in the inability and unwillingness of law enforcement to subject White people to the criminal and societal consequences of their misconduct that is equal to or more serious than Black conduct.

These problematic disparities are illustrated, for example, by comparing the permissive law enforcement responses to the Jan. 6, 2021 insurrection at the United States Capitol in Washington, D.C., committed by whites, with the brutal responses to Black Lives Matter protests in the summer of 2020.

It is with this understanding of the destructive and congenital conservative practice to criminalize any “race problem” that we evaluate DeSantis’ proposed anti-protest legislation, which seeks to expand police powers to suppress the right to protest in Florida. We are hard pressed to think of any outpouring of similar concern regarding the exercise of the First Amendment right to protest during, for example, the Women’s Marches in 2017 or during the March for Our Lives Parkland protests in 2018. DeSantis does not explain how existing criminal provisions prohibiting, for example, “unlawful assemblies,” penalizing the destruction of property, and penalizing injury to persons, are inadequate.

It is a cynic irony that the enforcers of the Governor’s anti-protest legislation would be the very same law enforcement officers whose conscious and subconscious anti-Black racism are the very targets of Black Lives Matters protests. A prescription for even greater suppression of Black protest than that found in the governor’s legislation is hard to conceive.

Next post Gun violence is the long-neglected epidemic ravaging America