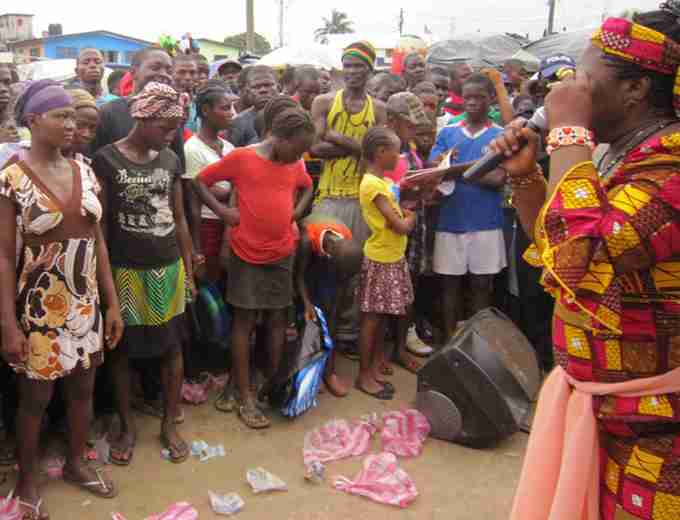 DAKAR, Senegal (AP) — Deep in the forests of southern Guinea, the first victims fell ill with high fevers. People assumed it was the perennial killer malaria and had no reason to fear touching the bodies, as is the custom in traditional funerals.

[optinlocker]Some desperate relatives brought their loved ones to the distant capital in search of better medical care, unknowingly spreading what ultimately was discovered to be Ebola, one of the world’s most deadly diseases.

Ebola, a hemorrhagic fever that can cause its victims to bleed from the ears and nose, had never before been seen in this part of West Africa where medical clinics are few and far between. The disease has turned up in at least two other countries — Liberia and Sierra Leone — and 539 deaths have been attributed to the outbreak that is now the largest on record.

The key to halting Ebola is isolating the sick but fear and panic have sent some patients into hiding, complicating efforts to stop its spread. Ebola has reached the capitals of all three countries and the World Health Organization (WHO) reported 44 new cases, including 21 deaths, on Friday.

There has been “a gross misjudgment across-the-board in gauging the severity and scale of damage the current Ebola outbreak can unleash,” the aid group Plan International warned earlier this month.

“There are no cases from outside Africa to date. The threat of it spreading though is very much there,” said Dr. Unni Krishnan, the group’s head of disaster preparedness and response.

Preachers are calling for divine intervention and panicked residents in remote areas have on multiple occasions attacked the very health workers sent to help them. In one town in Sierra Leone, residents partially burned down a treatment center over fears that the drugs given to victims were actually causing the disease.

Activists are trying to spread awareness in the countryside where literacy is low, even through a song penned about Ebola.

“It has no cure, but it can be prevented; let us fight it together. Let’s protect ourselves, our families and our nation,” the chorus says.

“Do not touch people with the signs of Ebola,” sings musician and activist Juli Endee. “Don’t eat bush meat. Don’t play with monkey and baboons. Plums that bats have bitten or half-eaten, don’t eat them.”

Guinea first notified WHO about the emergence of Ebola in March.

Next post Getting more loans into the hands of the underserved

Previous post Bosh says he built a life in Miami, stays put with the Miami Heat