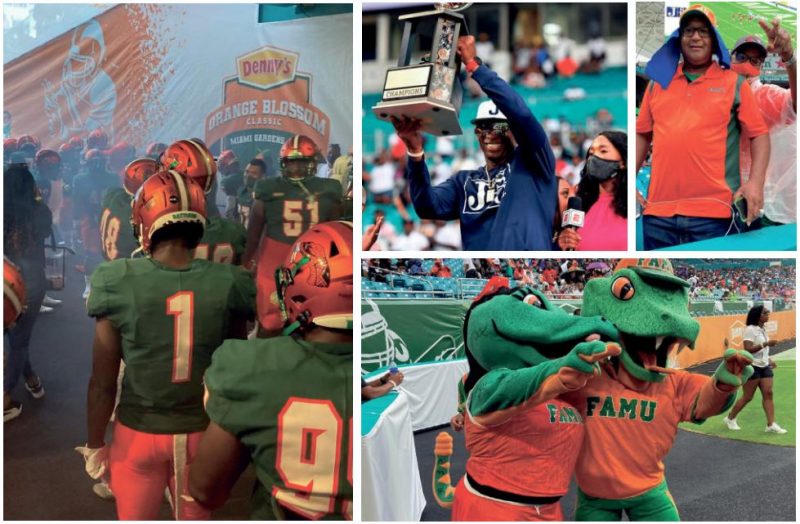 Miami Gardens, Fla. (AP) – For many alumni and students of Historically Black Colleges and Universities, the return of the Orange Blossom Classic last weekend in South Florida is more than a football game it’s like a family reunion.

After a 43 year absence, the celebrations surrounding football between historically Black schools are being revitalized around Sunday’s game between Florida A&M University and Jackson State at the Hard Rock Stadium in Miami Gardens.

There were concerts, a parade, a job fair, pool parties, cookouts galore, spades games in the parking lot and a battle of the school bands. The weekend festivities also provide opportunities to raise money for the historically Black schools.

The classic started in 1933 but it didn’t become an annual event in Miami until 1947 when segregation was rampant throughout the South. At its height in the 1950s and 1960s, the classic was the only time Black players could compete in the historic Orange Bowl, said Bea Hines, a South Florida native.

“The white people sat on one side and we sat on the other,” Hines said. “No matter what school you were rooting for, we all sat together on one side of the Orange Bowl.”

“It’s extremely important to be able to show the impact that our institutions have made on society and we do that through these football games,” said Charles McClelland, commissioner of the Southwestern Athletic Conference. “This is just one more that an individual will be able to see how significant we are.”