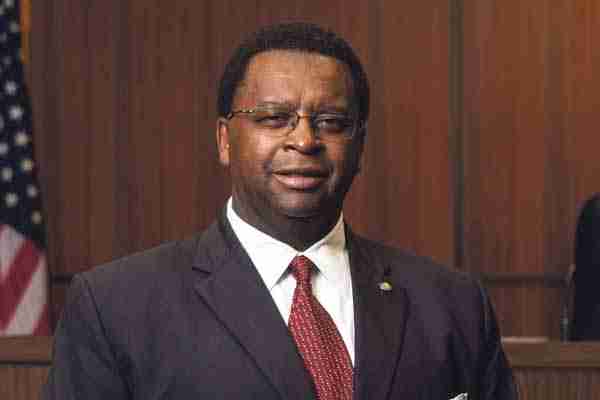 Tuesday’s primary voting may be Perry Thurston’s first step on the way to history. If elected this year, the state Democratic leader will be the first black Florida attorney general and the first elected black cabinet officer since Reconstruction.

“I believe that with success comes an obligation to serve,” Thurston has said in campaign literature. “I am blessed to have had opportunities in my life and I want to use those opportunities to improve the lives of others.”

Incumbent Republican Attorney General Pam Bondi and Gov. Rick Scott “have wrecked our state and I want to be part of repairing the damage,” Thurston said.

But Thurston first has to turn aside the challenge from George Sheldon, a former acting assistant director in the U.S. Department of Health and Human Services in Washington.

A Leon County judge on Friday cleared the way for Sheldon to run in the race, turning aside a legal challenge to his residency qualification by Thurston and his supporters, The Miami Herald reported from Tallahassee.

The primary winner will face a formidable opponent in Bondi, who, The Herald reported, has raised more than $5 million for her campaign – about 10 times more than the two Democrats combined.

Thurston was elected to the state House, representing mostly Fort Lauderdale, and his colleagues picked him in 2012 as Democratic leader. His supporters say turnout will be critical if he is to have any chance of defeating Bondi.

“We need high African-American turnout, not just on Nov. 4 but in the Democratic primary on Aug. 26,” said Jon Nixon, Thurston’s field coordinator. “We can’t miss this opportunity to make history.”

Sheldon, meanwhile, has defied a call from the state Democratic Black Caucus to get out of the race to give Thurston a good chance against Bondi in the general election in November.

The call came from caucus president Henry Crespo, prior to the court ruling last week.

Besides serving in Washington, Sheldon was secretary of the Florida Department of Children and Families (DCF). His campaign points to his work as co-chairman of the state’s Task Force on Human Trafficking and of the Federal Victim Services Strategic Planning Committee.