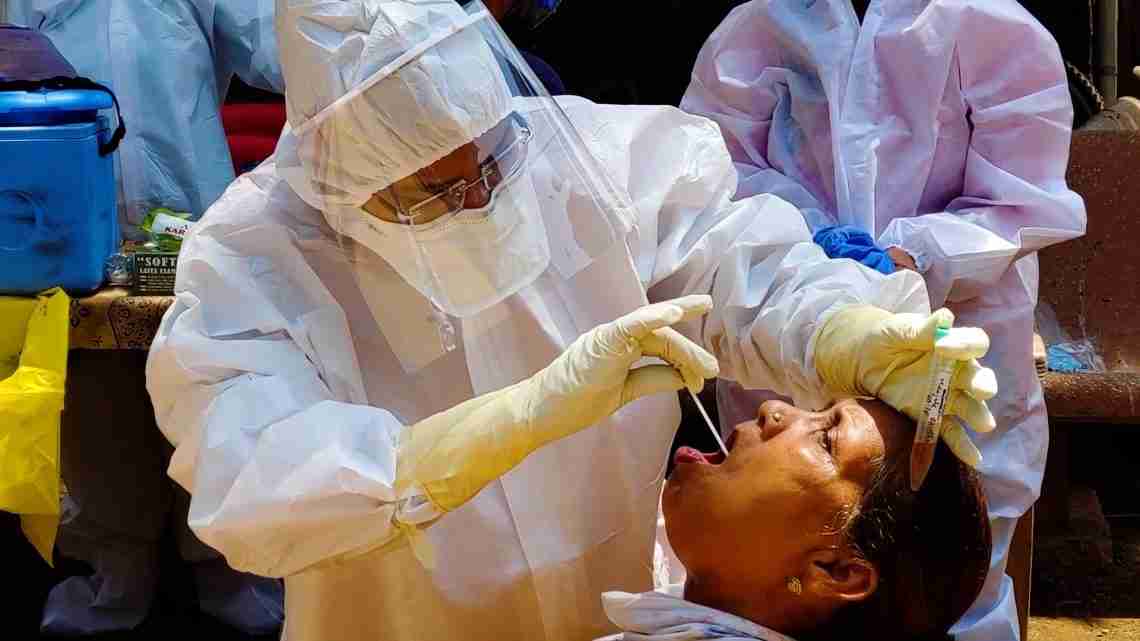 Dr. Reddy’s Laboratories Ltd, a pharmaceutical company headquartered in the southern city of Hyderabad, has partnered with the Russian Direct Investment Fund, a sovereign wealth fund, to conduct the trials and distribution of the vaccine candidate in India.

Sputnik V is among the 36 vaccine candidates that are currently undergoing clinical trials globally. It is an adenovirus vector-based vaccine developed by the Gamalaleya National Center.

“We are pleased to partner with RDIF to bring the vaccine to India,” said G V Prasad, co-chairman and managing director of Dr. Reddy’s Laboratories, in a media statement on September 16. “The phase-I and -II clinical trials have shown promising results,” Prasad said.

“We will conduct Phase-III trials in India to ensure safety and efficacy for the Indian population and to meet the requirements of the Indian regulators.” “Sputnik V vaccine could provide a credible option in our fight against Covid-19 in India,” he said.

Sputnik V was registered by the Russian Ministry of Health in August 2020. It is said to be the world’s first registered vaccine against Covid-19, based on the human adenoviral vectors platform.

However, the vaccine candidate was criticized by the global medical fraternity after it was approved for human use before the clinical trials were completed.

The Lancet recently published data on 76 participants enrolled in two studies on the vaccine candidate. “These findings of two open, phase 1/2 non-randomised studies of a heterologous prime-boost Covid-19 vaccine based on recombinant adenoviral vectors rAd26-S and rAd5-S show that the vaccine is safe, well tolerated, and induces strong humoral and cellular immune responses in 100 percent of healthy participants,” it stated.

“But we still need larger trials,” said Gujarat-based Dr. Naveen Thacker, a former civil society organization representative to GAVI, the vaccine alliance. “It is hard to say anything before we have the data on phase III trials,” he added. “Also, safety data is a must and any vaccine candidate should have six months of safety data in order to make authoritative claims.”

Dr. Thacker, who is also an executive director of the International Pediatric Association, said there may be ways to fast-track the trials, but transparency was crucial. “We have to ensure that there is no compromise on safety.”

He predicts a vaccine by April 2021 is likely. “All vaccines are presenting efficacy data,” he said. “But what we need is the safety data for which we will have to wait at least six months.”

Largescale clinical trials on Sputnik V involving 40,000 volunteers are currently ongoing. “More than 55,000 volunteers have applied to take part in post-registration trials,” the media statement said. “The first results of these trials are expected to be published in October-November 2020.”

“RDIF partners will receive an effective and safe drug to fight the coronavirus,” RDIF’s CEO Kirill Dmitriev was quoted in the statement. “The platform of human adenoviral vectors, which is the core of the Russian vaccine, has been tested in more than 250 clinical studies over decades, and it has been found safe with no potential negative long-term consequences.”

Doctors who are on the front lines treating patients with Covid-19 say a vaccine is the only hope till an effective, easily dispensable drug that works against the virus is discovered. “A vaccine should be able to offer a long-lasting immunity in a single shot,” said Mumbai-based physician Dr. Pratit Samdani, who is treating Covid-19 patients. “The need of the hour is that we have thorough trials that establish efficacy, as well as safety of the vaccine.”

However, there are reports that some people have been re-infected with the virus after initially recovering from it. Doctors say all hopes are pinned on a vaccine that will protect the public for a considerable duration, versus two or three months, which will require repeat shots at shorter intervals.

“We are seeing cases where the patients are getting reinfected after about three months,” said physician Dr. Hemant Gupta. “The antibody titers that tell us the level of antibodies in the person’s blood are very low and in some cases, patients are not developing antibodies at all. In such a scenario, a vaccine is of the utmost importance.”

India recently crossed the grim milestone of 5 million cases and its death toll stands at more than 84,000.  But doctors say that the severity of the virus may be decreasing.

“Fortunately for India, the virulence of the disease is going down and this will result in a reduction in hospitalizations over the coming days,” said Dr. Gupta. “However, the disease will remain, and we have to prepare for the larger battle.”