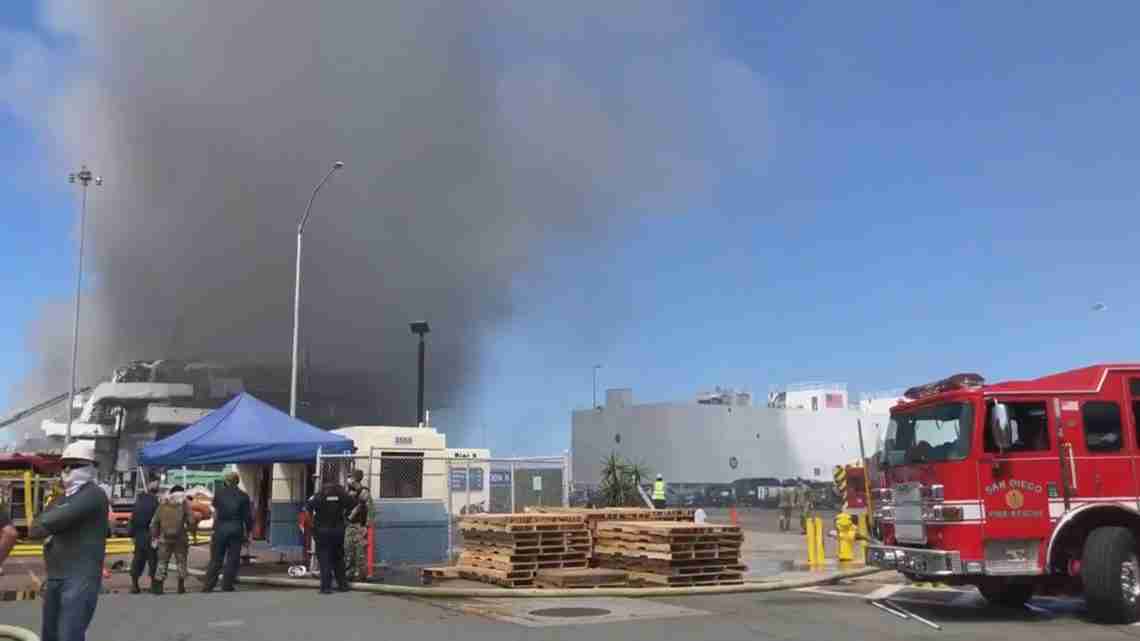 At least 34 U.S. sailors suffered injuries after an explosion Sunday morning aboard the amphibious assault ship USS Bonhomme Richard (LHD 6) at Naval Base San Diego. The cause of the explosion, which is under investigation, has not been determined.

Most of the injuries were not serious.

As of Monday, five sailors remained in local hospitals for observation, and all were in stable condition, according to the official Twitter account of Naval Surface Forces, U.S. Pacific Fleet. Twenty-three civilians were also treated for injuries related to the explosion.

About 160 sailors were on board the docked ship, which was undergoing maintenance,  when the fire started and there was an internal explosion, Rear Adm. Philip Sobeck said during a press conference Sunday night. Everyone on board was accounted for, he said.

There was no ordnance on board, Sobeck said.

The fire burned for more than seven hours, causing significant damage to the ship.

The USS Bonhomme Richard, which has a landing helicopter dock, is a Wasp-class ship, among the largest amphibious assault ships in the world. It is named after John Paul Jones’ Revolutionary War frigate, originating from a French translation of Benjamin Franklin’s nom de plume, “Poor Richard.”

“Amphibious warships are designed to support the Marine Corps tenets of Operational Maneuver From the Sea (OMFTS) and Ship to Objective Maneuver,” the U.S. Navy states on its website.  “They must be capable of sailing in harm’s way and enable rapid combat power buildup ashore in the face of opposition. Because of their inherent capabilities, these ships have been and will continue to be called upon to also support humanitarian and other contingency missions on short notice.”