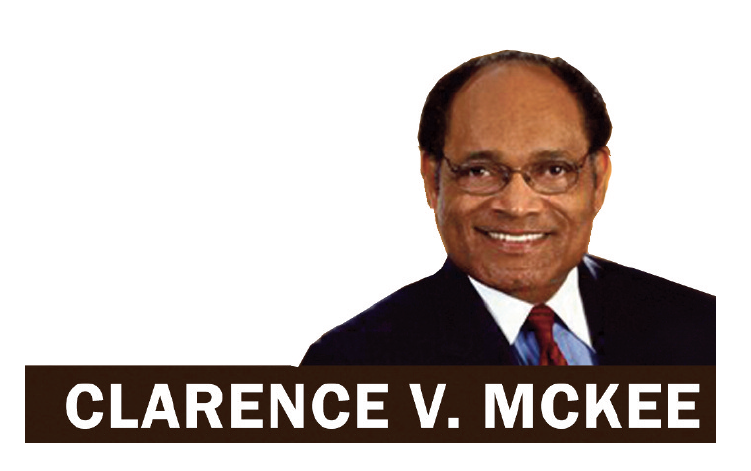 If you ever wanted to know why blacks voters and their so-called leaders are disrespected and discounted in presidential sweepstakes, just look at the endorsement of Hillary Clinton by the chairman and most members of the Congressional Black Caucus (CBC) — even before the Charleston debate and primaries.

In general elections blacks, who comprise a significant portion of the Democratic Party base, are taken for granted by Democrats and given pacifying slogans and told how bad Republicans are. The only time blacks have an opportunity to leverage their power and extract commitments from their candidates is during Democratic primaries.

Now, thanks to most of the CBC, that leverage appears to be nonexistent, and not one vote has been cast!

South Florida Times columnist and civil rights veteran Al Calloway recently wrote: “Hillary’s endorsement by the CBC was a reprehensible … gift to black America. The early endorsement was a giveaway to Hillary and no deal was made with the Democratic Party for black people.”

He added that the endorsement was a “sneaky attempt to take the black vote off the table for ‘thirty pieces of silver.”

Calloway is right on target. CBC Chairman G. K. Butterfield, D-N.C., said that Clinton was going to be accountable to the agenda of the caucus and “the black community.” Sure, just like Obama!

What commitments did they get from Clinton?

Butterfield said she is committed to reforming the “criminal justice system, expanding voting rights, creating jobs and economic opportunities, and enhancing workforce diversity.” What in her public life reflects such a commitment? Little if anything.

As first lady, senator and secretary of state, what were her great accomplishments and initiatives on behalf of black Americans? Other than having her “black dialect” at the ready before black audiences, what are her achievements?

Although blacks won’t have any impact on results in Iowa or New Hampshire, they sure will become important in South Carolina and other southern states. What will they demand? Obviously nothing since the CBC has already anointed Hillary.

Columnist William Clingman summed it up nicely in Florida’s only statewide black newspaper, the Florida Courier, when he asked if it really mattered who wins the presidency considering the way blacks “play” politics: “We have no power, no leverage, and little or no influence in the political arena … it seems we are reluctant to do what it takes to gain any political clout.”

He added that even after playing the political game, getting thousands of blacks elected to public office — even a black president — “we are still far behind and are nonexistent in serious public policy discourse and legislative initiatives.”

“Nonexistent” is an apt description. Blacks have been exposing their political “hole cards” and robotically “going all in” for Democrats for decades. Even in a Democratic primary, they lose clout by endorsing without extracting meaningful specific commitments — on anything.

Hillary and her allies are going all out to make sure that she keeps her blacks in the “Clinton corral” and play the race card against Sanders like they did against Obama in 2008. David Brock, a Clinton hack, has criticized a Sanders political ad for not having enough blacks; and, Hillary even exploited the Flint, Mich., water crisis and criticized the Republican governor while never mentioning the murder epidemic in Chicago run by a Democrat mayor. That wouldn’t be prudent!

South Carolina will be the first real test of strength among black voters, who make up more than half of its primary electorate, and give an indication of black support for both Clinton and Sanders there and in other Southern states where Clinton has a so-called “firewall” of black support.

The question is, will Sanders lay down and concede the black vote and accept the CBC endorsement or will he fight to gain black support?

He is pushing back hard with a significant black outreach effort highlighted by his plans for police reform and to fight “the four central types of violence waged against black and brown Americans: physical, political, legal and economic” And, let’s not forget his plan for free undergraduate tuition at four-year public colleges and universities. That appeals to young blacks as well as whites.

In response, not all blacks are falling on the Hillary-CBC sword.

He also has the support of civil rights attorney Natalie Jackson, one of the attorneys who represented the family of Trayvon Martin.

Sanders may not win the South Carolina primary. But, all he has to do is get enough black support to put a deep crack in Hillary’s so called “black firewall” of Southern support. That could be a game changer.

Next post Will America ever create an opportunity economy for all?