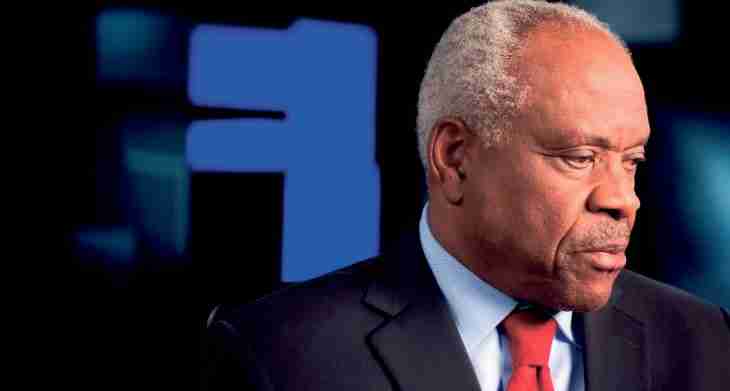 Miami — The wife of United States Supreme Court Associate Justice Clarence Thomas seems to put him at the center of controversy with her ties to right-wing conservative groups and other allies that have brought polarizing issues before the Supreme Court on abortion, afﬁrmative action and gun rights and more.

Ginni Thomas, a polarizing ﬁgure, has been a vocal activist for years, but her activism tied to the Jan. 6 insurrection, a protest to overturn the 2020 presidential election but turned into an assault on the Capitol that caused ﬁve deaths, raised a lot of eyebrows.

According to published reports, Thomas, who runs a political lobbying ﬁrm, cheered on the supporters of former U.S. President Donald Trump before the attacks, and she once served on a pro-Trump student group, whose founding member, Charlie Kirk, boasted on social media of sending busloads of protesters to the Capital.

In other cases, involving the conduct of his wife, Thomas, a Republican, never recused himself, which many view as a conflict of interest for a man serving on the highest court in America.

But the U.S. Supreme Court never adopted an ethics code or standards to require judges to remove themselves from cases that present a potential conflict of interest unlike the judges from the lower courts–federal, court of appeals, circuit and county.

These judges must recuse themselves from cases that present a potential conflict of interest.

But Supreme Court justices can decide for themselves whether they can be impartial and preside over cases or sit them out because their ties to the issues before them present an appearance of impropriety.

Two local college law professors, H.T. Smith and Donald Jones, and retired attorney and former law professor George Knox said the potential conflict of interest on the U.S. Supreme Court is a complicated issue to address since Justices are not required to step away from presiding over cases.

They suggested a series of dialogues and an ethical structure in place to hold Justices accountable.

Congress is currently exploring legislation that would require Supreme Court Justices to adhere to the same ethics standards as judges from the lower courts.

Smith, a law professor at Florida International University’s School of Law and director of the college’s Trial Advocacy Program, said no man is above the law regardless of serving on the highest court in United States.

Smith, who has practiced civil and criminal law for the past 47 years, said lower courts judges are bound by ethical standards and polices but not the Supreme Court.

Smith said Ginni Thomas’ activities as a passionate and aggressive conservative for contentious issues such as voting rights, afﬁrmative action and abortion literally cause a conflict interest for Justice Thomas.

Thomas should do the right thing and recuse himself from those cases, said Smith.

"Thomas is making his ruling in the courts while activism in the streets on these issues land in the court," he said. "No man is above the law as it applies to court justices. You can make a decision about your wife’s activities on issues before the Supreme Court, but you can’t litigate, arbitrate or mediate legal issues in the court. A justice on the Supreme Court may say ‘I know my wife is an advocate to end abortion and the issue is taken up in the court, but I don’t see that as a conflict, so I will vote.’ Is that fair?" Ginni Thomas, 63, has been heavily involved with other cases that appear before the U.S. Supreme Court.

She currently serves on the advisory board of the National Association of Scholars, a group promoting conservative values in academia, which has ﬁled an amicus brief before the Supreme Court in a potentially groundbreaking afﬁrmative-action lawsuit against Harvard University.

Thomas also was an undisclosed paid consultant to a conservative pressure group called Center for Security Policy when its founding member, Frank Gaffney, ﬁled an amicus brief to the Supreme Court supporting former U.S President Donald Trump’s Muslim travel ban. And she is a director of C.N.P Action, which describes itself as a dark-money wing of the conservative pressure group the Council for National Policy, that connects wealthy donors with some of the most radical right-wing ﬁgures in the United States.

Clarence Thomas, 73, and Ginni Thomas have been married since 1997. Knox, a former law professor at FIU School of Law, said by exploring the conflict-of-interest issue it’s a good argument that Justice Thomas may not be committing a conflict despite his wife’s involvement in demonstrations and other political activities.

"The question is are people permitted to do things that are not speciﬁcally and formally prohibited but gives raise to the appearance of a conflict of interest?" Knox asked. "If we explore the conflictof-interest issue, do the demonstrations and activities and choices of his wife directly affect his conduct on the court or do they beneﬁt him? But given the appearance, it doesn’t look right, and her conduct and his judicial duties give raise to a matter of great concern."

According to reports, Thomas, who was nominated by former U.S. President George W.H. Bush to the Supreme Court in 1991 to replace Thurgood Marshal, did sit out a case— United States vs. Virginia in 1996– because of his son’s enrollment at the Virginia Military Institute.

But his son’s enrollment is nothing compared to the conduct of his wife, a vocal activist who stands with her allies when they take their cases to the U.S. Supreme Court.

Some other Supreme Court justices stepped away from cases because of a potential conflict of interest.

Justice Elena Kagan recused herself from the Fisher vs. University of Texas afﬁrmative action case in 2016 because she once served as a solicitor general counsel for the university before she was picked to serve on the Supreme Court.

In fact, she sat out 28 of the 78 cases heard since she was appointed to the Court in 2010 because of conflicts of interest.

Sandra Day O’ Connor removed herself from cases tied to telecommunications ﬁrms because she once owned shares of stocks with those companies, and Thurgood Marshal recused himself because like Kagan he was a solicitor general counselor to one of the parties before his time on the Supreme Court.

Jones, a law professor at the University of Miami School of Law, said the potential conflict of interest issue for the U.S. Supreme Court is perplexed since the court doesn’t require justices to step away from cases. But he said some structure should be discussed to address the issue especially since the justices are aligned with political parties.

"We need to discuss something that’s not easily addressed," he said. "Like a porcupine, you got to handle the issue very carefully. What happens when a judge has a situation of a potential conflict? How do we hold them accountable if we don’t have a structure in place?

Jones, who has practiced constitutional law for over 30 years, said the 2000 presidential election was decided politically in the United States Supreme Court rather than on legal grounds.

Most of the justices were Republicans and decided to stop a recount in Florida between presidential candidates Republican George W. Bush and Al. Gore, a Democrat.

The Florida Supreme Court ordered a statewide recount of all undervotes, but Bush and his campaign asked the U.S. Supreme Court to halt the recount.

"The basic problem if you think about it is political bias," Jones said. "Wanting a Supreme Court with political parties left the bar some time ago. Gore ran for president and a group of judges agreed with the Republicans."

Jones said he met Thomas once when he served on the U.S. Equal Employer Opportunity Commission.

Next post Bomb threats made to historically Black colleges, universities across US