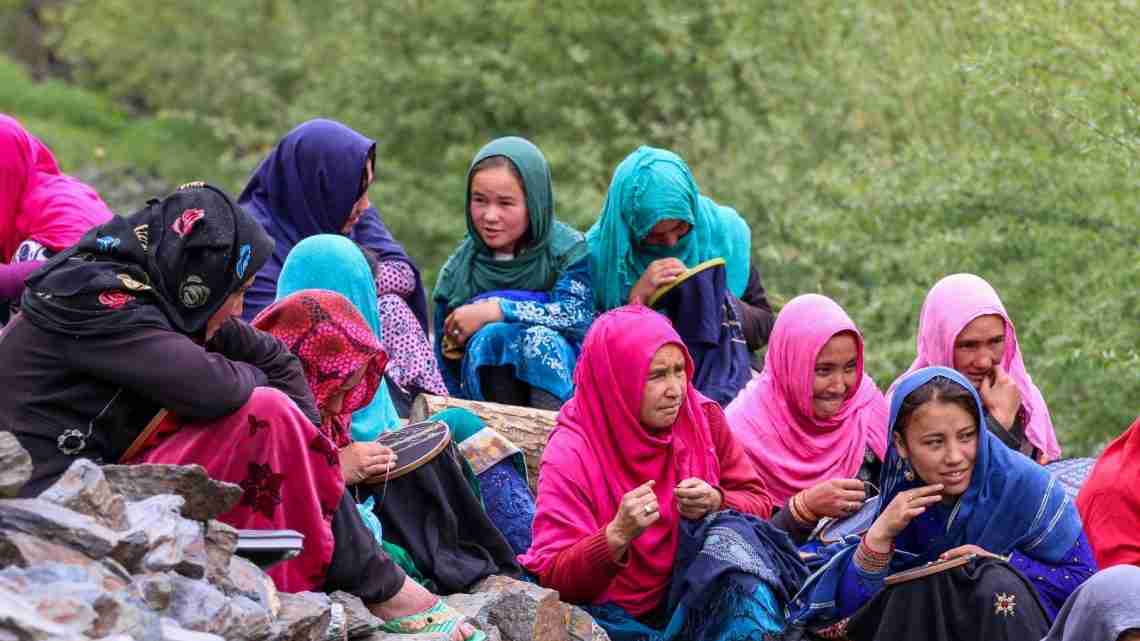 Zahra Kazemi started her business Bamyan Weavers nearly 30 years ago, when Afghanistan was under Taliban control. She left the country after the Taliban destroyed her trade, returning after the U.S.-led invasion in 2001 drove the regime from power.

Kazemi, like many traders in the country, needed to be able to sell to people outside the country to grow her business. But she didn’t even have a bank account.

That’s where Nasrat Khalid came in. Khalid, who moved to Washington, D.C., from Kabul, Afghanistan, in 2017 to work for the World Bank, dreamed of finding a way for artisans from his native Afghanistan to sell to customers around the world.

Khalid co-founded Aseel, a digital platform that connects local artisans with customers in the United States and other markets, in 2019. Meaning “authentic” in Persian, Aseel is one of a few e-commerce providers in Afghanistan, where small producers face significant barriers to the global marketplace.

“We didn’t sell much abroad, and when we did, it was only through some exhibitions,” Kazemi said. “International trade can support our employees toward self-independence and sustainability, and we see Aseel as a guarantee for that.”

Aseel’s initial challenge was reaching out to local producers of traditional crafts such as ceramics and calligraphy as many of its sellers had no experience of the export markets and some didn’t even have bank accounts.

Bamyan Weavers, “a group of women in a remote Afghan province who were selling the products through their little shop. They didn’t have a company to start with, so we helped them make their first collection and get a bank account,” Khalid said. “If it was not for Aseel, they’d still be selling in their little shop.”

Now, he says, “they can sell all over the world.”

Aseel helps makers of handmade products such as carpets, ceramics, bags, jewelry, clothing, cashmere goods, wooden crafts and artwork to identify their customers and sell to them directly, Khalid said.

Customers place their orders through the Aseel website or on the app and payments are made via PayPal or with a credit or debit card. Aseel transfer the funds—minus a 25% commission—to sellers in Afghanistan. Sellers don’t need to have internet access because the Aseel team in Kabul manages marketing, including photographing and cataloguing the products. Aseel also provides training for partners to allow them to take control of their online shops.

Low internet penetration and limited access to electronic banking present considerable challenges. In 2017 just 13.5% of the Afghan population had access to the internet, according to data from the World Bank. Just 12% of Afghans have access to banking services, and only 8% of this cohort have full electronic banking, according to recent statistics from the Afghanistan Banks Association.

Since 2017, a government plan has boosted exports by opening up “air corridors.” The initiative has mostly benefited food producers, leaving makers of other goods with few options to sell internationally, Khalid said.

The platform’s mission is to create 10,000 jobs in Afghanistan by promoting handmade products and supporting local entrepreneurs. Among Aseel’s 12-strong team of young professionals based in Alexandria, Virginia, and Afghanistan are migrants who want to give back to their communities. During the coronavirus pandemic, the platform launched a digital campaign on Facebook to raise funds for Afghan artisans—particularly small business owners and women-led enterprises—affected by the lockdown.

“I learned from previous experience that no matter how many millions you got, countries like Afghanistan do not have the infrastructure to absorb aid from international development projects,” Khalid said.

He sees the approach of international agencies as “old-fashioned” with a focus on short-term goals and believes that the way to preserve traditional crafts and provide jobs is to connect existing businesses with larger markets.

Many large global agencies set up costly projects that bring minimal results instead of supporting what is already working, he said.

For Khalid and his team, the hope is apps like Aseel can help local producers get out of poverty and think big. “[With mobile apps], Afghan artisans can build their own businesses instead of waiting for international organizations to do it for them,” he said.

Aseel operates between Afghanistan and the U.S., Australia and Canada, but the team hopes to expand to other markets soon. A marketing tour of Afghanistan’s major cities to raise awareness about the app and its potential for selling abroad has been put on hold during the pandemic.

“Artisans don’t need to be taught to make carpets or jewelry. They already know that,” said Khalid. “What they need is a platform to sell their products to customers.”

Next post Test your news knowledge with Zenger: A case of the plague