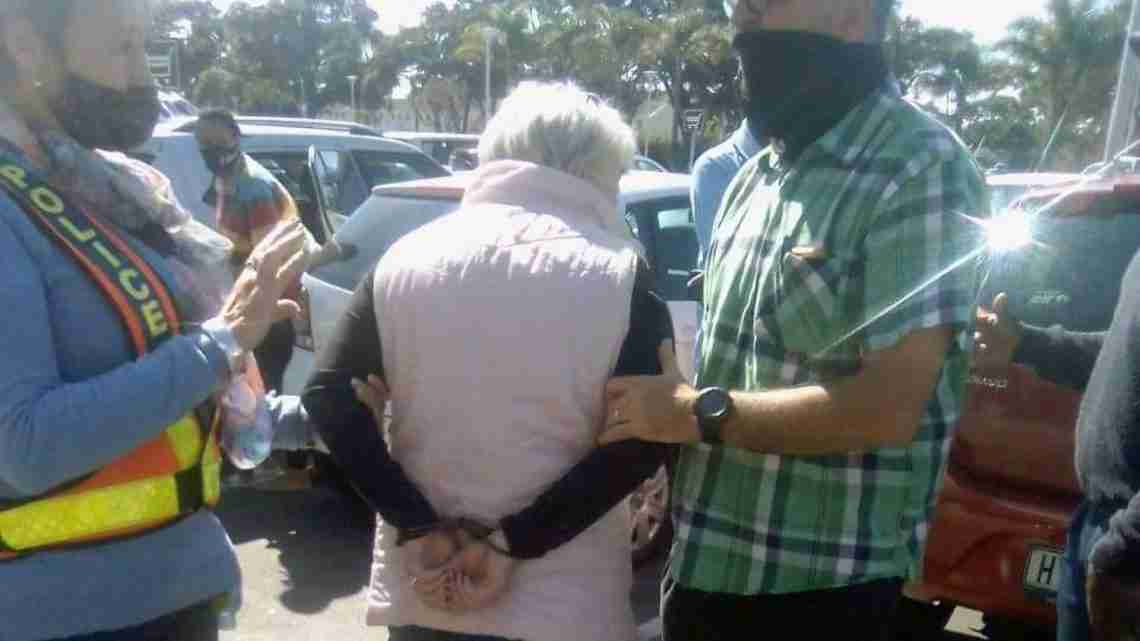 PORT ELIZABETH, South Africa — A pair of ads on the website of a major South African pharmacy-retailer have sparked protests at many of the chain’s outlets, including one where a white woman was videotaped pointing a gun at two black protesters.

The website of Clicks, the retailer under fire, had carried an advertisement showing a black woman’s hair labeled as “frizzy and dull,” while a white woman’s blond locks were described as “fine, flat and normal.” TRESemmé, an American brand of hair-care products, placed the advertisements, which have since been pulled from the site.

Economic Freedom Fighters, a far-left pan-Africanist political party, has organized demonstrations across South Africa, targeting Clicks shops with claims of racial insensitivity. The company says the rallies took place at 37 of its stores in KwaZulu-Natal, Gauteng and the Western Cape, and that seven of those shops were damaged.

During a Sept. 8 protest at the Walmer Park Shopping Centre in Port Elizabeth, police removed three people from near a Clicks store. A video of that clash shows a white woman pulling a gun on black EFF protesters outside the shop. On camera, Security guards escort her away.

The video shows a small group of protesters, a gray-haired white woman and her elderly companion along with four security guards standing among them. Although it’s unclear what started the argument, one woman is heard shouting: “Go back to Europe,” while another woman says, “Take out your gun, take out your gun.”

That’s when the gray-haired woman pulled a gun and pointed it at the protesters. A voice is heard saying: “Shoot! shoot!” No shots were fired.

Police took three people pictured in the footage to a nearby station, but no one, including the woman who brandished the handgun, is being charged with a crime.

Police spokesperson Sandra Janse van RensburgVan Rensburg said, “The parties all declined to press charges. No arrests were made and no cases are being investigated in the absence of complaints.” 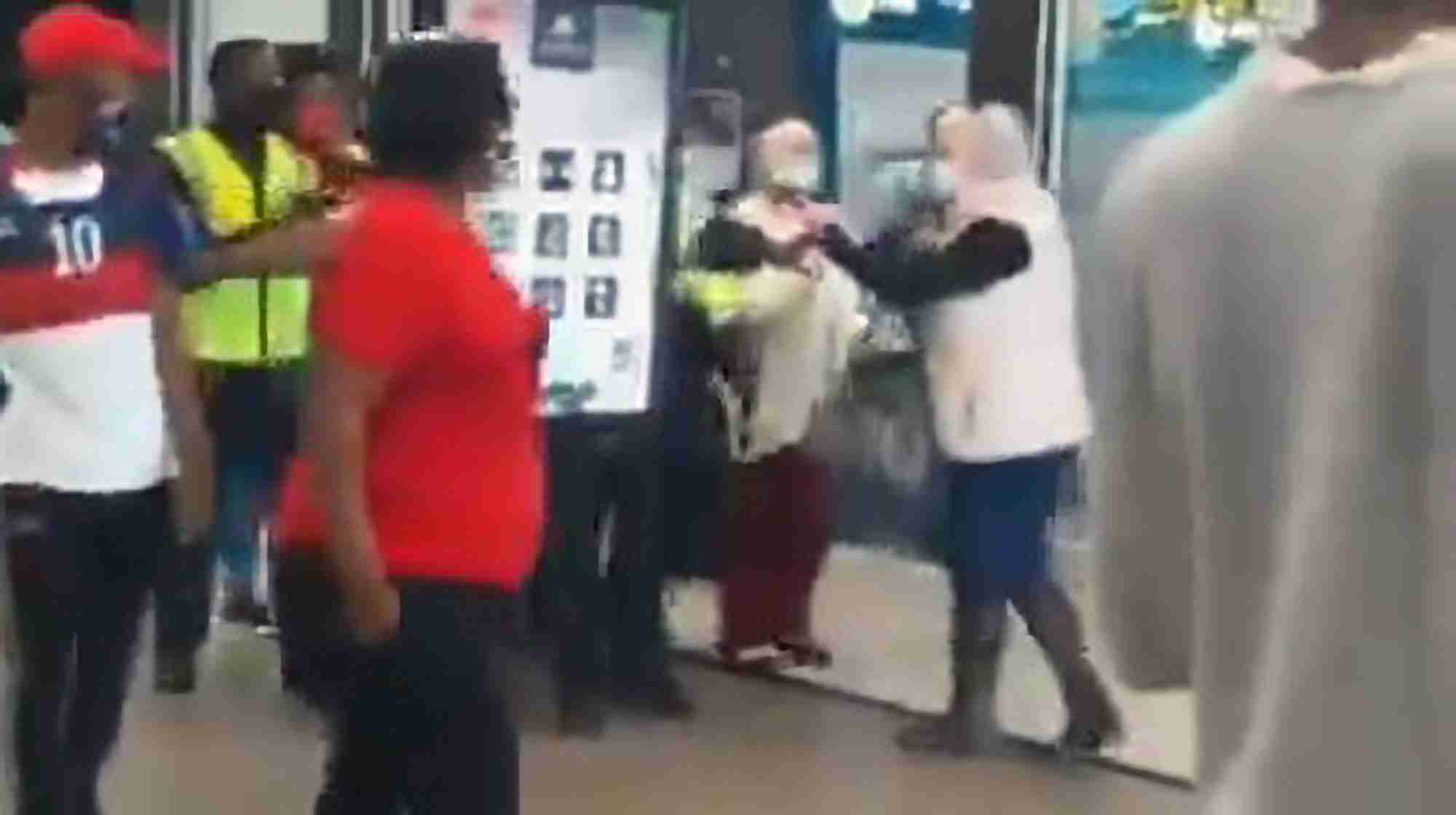 Race-related protests have been taking place around the world since the death of an African American named George Floyd at the hands of white police officers in the U.S. state of Minnesota on May 25. In addition to focusing on complaints of police brutality, protest leaders have targeted businesses with what they say are outdated, stereotypical portrayals of minorities.

A day after the Sept. 8 incident, Clicks shuttered all its stores—more than 700 of them—for a day devoted to staff counseling and racial sensitivity training.

Other steps include suspending, for an undisclosed period of time, every employee involved in publishing the hair care ads that led to the protests. The company also accepted the resignation of the senior executive responsible, but has not identified the person.

CEO Vikesh Ramsunder said all suspended employees will go through “a fair and unbiased disciplinary hearing, overseen by an independent outside chairperson.”

Ramsunder said Clicks is removing all TRESemmé products from its shelves, instead selling what he described as a range of locally sourced brands. Clicks also said it has been involved in extensive discussions with the South African departments of labor and trade/industry to find ways to help further develop markets for locally sourced beauty products across the nation.

“We recognize this event has had a significant impact on our people and our customers,” said Ramsunder.