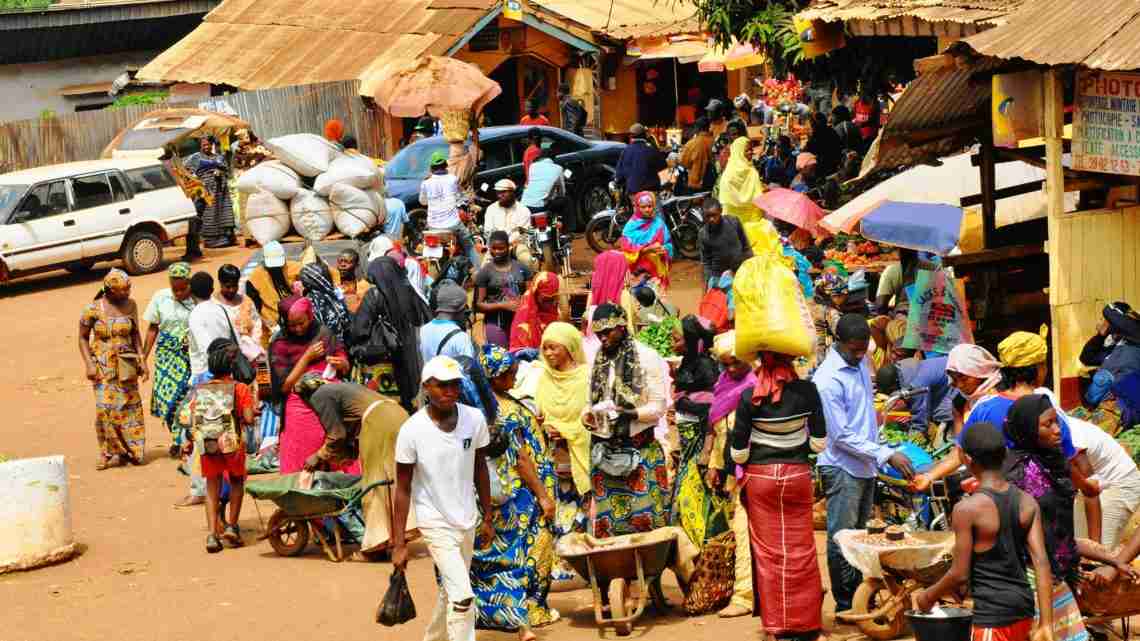 Margaret Lum Timasam, 62, was working on her farm in Muyuka, in Southwest Cameroon, when her daughter died. Comfort Timasam, a 33-year-old mother of two, was killed by suspected separatists demanding independence from Cameroon.

“I was working on my farm when, suddenly, other farmers approached,” said Timasam. “They told me my daughter was killed by amba [separatist fighters] because she was a blackleg [a traitor]. How…she did nothing wrong?’’

Violence has torn through the Anglophone regions of Cameroon since lawyers and teachers went on strike in 2016 in peaceful protest against a government they charge is attempting to wipe out cultural values of the community, namely, Common Law and Anglo-Saxon Sub-System of education.

The Yaounde regime, led by President Paul Biya, 87, in power for 38 years, took the demonstrations as an act of rebellion to be crushed by the military. Timasam’s death is a painful reminder of the many gruesome killings in the escalating Anglophone conflict.

In April, Cameroon acknowledged the army’s role in the killing of at least 13 civilians after initially denying responsibility. In a video that went viral on social media, Timasam’s hands are tied as she is brutalized and beheaded by suspected armed separatists who accused her of conniving with the Cameroon military.

Minister of Communication Rene Emmanuel Sadi said the Cameroon government “strongly condemns these heinous acts committed by secessionist terrorist gangs who, for absurd, illegitimate and unacceptable motives, continue to kill honest and innocent citizens all around.”

The Cameroon military launched a manhunt for the separatists, resulting in the arrest of dozens of suspects. Territorial Administration Minister Paul Atanga Nji restricted weapons, including machetes and iron rods, in English-speaking regions.

Timasam’s gruesome Aug. 11 murder sent shock waves throughout the country. Stephane Dujarric, spokesman for the United Nations Secretary-General Antonio Guterres, in a statement, said the UN “unequivocally condemns this atrocious act of violence,” calling on the authorities to “swiftly launch an investigation into these allegations and ensure that those responsible are brought to justice.”

The secessionist forces who took up arms against the state to defend their people number between 2,000 and 4,000 armed fighters.  They are splintered into two rival so-called Ambazonia interim governments.

One is led by Sisiku Julius Ayuk Tabe, the self-proclaimed president of Ambazonia, the state the revolution sought to create. He is currently serving a life sentence for terrorism and secession charges at a maximum-security prison in Yaounde.

The other group is headed by Samuel Ikome Sako, a U.S.-based former pastor, and the interim president of the unrecognized Federal Republic of Ambazonia. The split in the movement followed the arrest of Ayuk Tabe in Nigeria, along with nine other senior officials on their extradition to Cameroon.

Cameroon was once a single entity before and during German colonial rule from 1884-1916. The English-speaking people of Cameroon, who currently live in the northwest and southwest regions of the country, became distinct after British rule. Following a  1961 UN-organized plebiscite, these Cameroonians formed a federation with the Francophones, also a separate people after French rule. (In 1919, Britain and France divided the country; each administered their own territory. The territories achieved independence in 1961 and 1960, respectively.)

The Federal State structure later changed to a unitary state in 1972 after an organized referendum. Since then, Anglophone Cameroonians have been in a constant war to assert themselves and protect their cultural identity in a Francophone-dominated, centralized Cameroon.

Experts attribute the escalation of the war to other factors, as well.

“The conflict is the consequence of the lack of political will on the part of the government and her international partners to carry out a genuine and deep analysis of the conflict in order to understand its intricacies and be able to adapt interventions that respond to its deep-seated historical and structural causes,” said Dr. William Hermann Arrey, senior lecturer and chair of the Department of Peace and Development Studies at the Protestant University of Central Africa.

Cameroon has undertaken a number of initiatives to end the war, including the organization of a national forum to solve the conflict internally code-named the  Major National Dialogue.

“The President of the Republic had said there is some pertinence in the demands made by the lawyers and teachers, and the government did a lot through dialogue to come to terms with more than what they asked for,” said Professor Elvis Ngolle Ngolle, political scientist and member of the Central Committee of the Cameroon People’s Democratic Movement.

Such measures may not be enough.

“The government should establish a national action plan for genuine talks with leaders of the population. The Anglophone non-state armed groups should participate with goodwill in genuine dialogue should the government launch it,” Arrey said.

Next post Don’t Pooh-Pooh This: Zoo Helps Hippos Swim with the Fishes