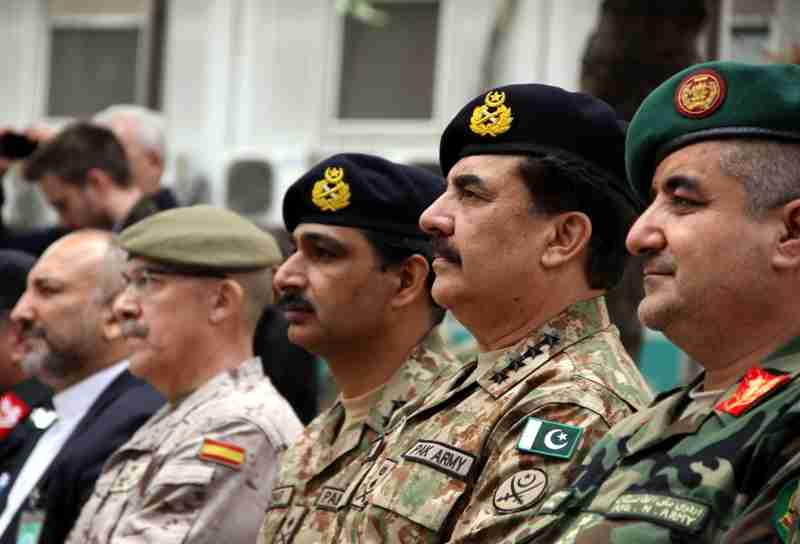 The United States has claimed success in achieving its military mission of defeating al-Qaeda in Afghanistan while NATO is staying put as attacks escalate.

Less than several hundred al-Qaeda fighters were left in Afghanistan, Secretary of State Mike Pompeo said in a recent interview.

The U.S. launched its mission almost 19 years ago after declaring al-Qaeda was behind the 9/11 attacks, a claim the Taliban has long denied. The Taliban, a more structured fundamentalist Islamic group, refused to hand over al-Qaeda leader Osama bin Laden without proof. He was killed in Pakistan by U.S. special forces in 2011.

The NATO Resolute Support Mission, a western alliance launched in 2015 to train, advise and assist Afghan security forces, reaffirmed its commitment to remain ready, continue protecting the Afghan population from terrorism and pave the way towards lasting peace in the country.

“We need a functioning political process in Afghanistan, not least to be able to fully engage in the peace process,” Stoltenberg told a recent press conference.

Speaking after a virtual meeting of NATO defense ministers in Brussels, he said the security situation in Afghanistan remained fragile.

NATO would reduce the number of its troops in Afghanistan from 16,000 to 12,000, he said. “But we will be able to continue our operations very much as we have done for several years now.”

Stoltenberg said any reduction would be conditions-based and “we remain committed to Afghanistan. We will continue to provide training, assistance and also financial support.” He said the best way to support peace efforts was to continue backing the Afghan security forces, and send a message to the Taliban that they would not win on the battlefield.

NATO is providing support to the Afghan forces in fighting COVID-19, including medical equipment and training on how to cope with the crisis.

For weeks, the Resolute Support mission, under the command of U.S. Army General Austin S. Miller, helped get supplies to Afghan National Police in 14 provinces, including medical and cleaning material, sanitizers and personal protective equipment.

Over the past two months, the Taliban has allegedly conducted about 55 attacks per day, said the Afghan National Security Council, reflecting a spike in violence since the U.S.-Taliban peace agreement was brokered in Qatar on February 29.

“The dramatic increase in violence in Afghanistan is an unacceptable violation of the Trump Administration’s February agreement with the Taliban,” they said in a joint statement.

Taliban’s continued attacks on Afghan security forces are creating questions whether the Taliban would uphold their commitments, jeopardize progress towards peace and prevent negotiations from moving forward, they said.

“During the COVID-19 pandemic, the increase in violence prevents Afghans from focusing on the health crisis,” the committee members said. All parties should stop attacks and enter into a humanitarian crisis ceasefire, deescalate the cruel cycle of violence and take the road to peace and stability.

Today a suicide bomber killed at last 40 people and injured 60 more during a funeral ceremony for a former Afghan Local Police commander in eastern Nangarhar province, said Attaullah Khogyani, the governor’s spokesman. The suicide attack occurred in the Khewa district of the province around 11 a.m.

Complicating the challenge are foreign fighters joining the Taliban. In northeastern Badakhshan province, about 400 foreign militants, mostly from Tajikistan and Uzbekistan, have joined the Taliban against the Afghan security personnel, said Governor Zakaria Sawda.

The foreign rebels, including combatants from China’s northwestern region of Xinjiang and Russia’s North Caucasus region of Chechnya, were fighting against the Afghan forces in Warduj, Jurm and Yamgan districts, the official added.

“The Taliban and their foreign allies are trying to create a huge terrorist hub in the province,” said Sawda. The rebel attempt is a “serious concern.”

Pompeo said his country would protect itself without having tens of thousands of soldiers stationed in Afghanistan, Iraq and Syria.

The post White House says the Afghanistan war is won but NATO says not even close appeared first on Zenger News.