Anti-Trump rhetoric has gone too far

I used to think that the people suffering from Bush Derangement Syndrome (BDS) had gone so far over the limits of decency, there was no going back. Little did I know! As the saying goes, “You ain’t seen nothing yet.”

Democrats had yet to reach their true potential when it came to disrespect of a Republican POTUS. They had called George W. Bush a murderer for sending troops to Iraq and of course, like all Republicans he had to be a racist, then Hitler, etc., etc., etc. That’s how the term “Bush Derangement Syndrome” came into being.

We thought we had seen it all. But oh, how wrong we were. Donald J. Trump became POTUS instead of Hillary Clinton and all sense of decency went down the toilet. Democrats found new and more evil ways to disrespect Trump – on a daily basis.

They started the day after his election and continued up to his inauguration – and then they really got started. Not only is Trump Derangement Syndrome BDS on steroids, but there seems to be no low they won’t go. has gone too far Democrats, Liberals and their partners in crime – the mainstream media (CNN, NBC, MSNBC, The New York Times, The Washington Post, The Huffington Post)

and their sisters and brothers throughout the U.S., on college campuses, in the NFL, the NBA and even sports paraphernalia corporations like Nike – outdo themselves as they denigrate Trump.

The Western Journal published an article on October 21, 2019 by C. Douglas Golden entitled “Sportwear Company Launches Sickening Anti-Trump Ad.” Seems a company nobody had even heard of, Dhvani, created ads meant to humiliate the President because they disagreed with his rule to deny federal funds to any organization using abortion as birth control.

So, they thought showing a woman hog-tying Trump or a group of women taping his mouth shut or even worse, a woman taking his cellphone away while he sat on the toilet with his pants around his ankles – was great advertising for Dhvani. Someone should remind them as Nike was reminded – that Democrats and Liberals aren’t the only ones buying tennis shoes.

Republicans and Conservatives buy sportswear too and alienating a large segment of the buying public is not a good business decision. The NFL and NBA executives are becoming painfully aware of that fact because their millionaire athletes thought their fans spent money to hear them spout political opinions instead of doing what they’re good at – playing ball. Then there are these stupid negative texts that people think are cute, so they pass them around to their friends. For instance, someone sent me one saying “Olive Garden is funding Trump’s reelection in 2020. It would be terrible if you shared this and Olive Garden lost business.”

Now how dumb do you have to be to want a business to lose revenue and have people lose their jobs and their ability to feed their families, pay their mortgages and car notes, etc., just because you disagree with whose campaign they contributed to or who they voted for? What if someone decided you needed to lose your job because they didn’t like the politicians you voted for?

Not only do Democrats want to punish Trump for winning the 2016 election, but they also want to punish those people who voted for him. And Congressional Democrats have spent every day thinking of new ways to try to un-elect a duly elected President.

First, they tried to make him a traitor by saying the Russians interfered with the election so Trump could win. But it was Hillary as Secretary of State in the Obama administration who gave Russia 20% of our Uranium, the ingredient necessary for weapons of mass destruction. And it was Obama who sent word to Putin that he would give him other stuff after he won re-election in 2012. And it was Bill Clinton who the Russians paid $500,000 for a speaking engagement – not Trump.

Funny how Democrats point their fickle fingers at Republicans condemning them for allegedly doing the same illegal and unethical things they do themselves. How is it that Democrats can play with Russians with impunity, but if Trump even talks to Putin, he’s labeled a traitor?

Why can Joe Biden (as Obama’s Vice President) threaten to withhold a billion dollars of foreign aid if Ukraine didn’t fire the prosecutor investigating the company on whose board his son Hunter Biden sat, but wants Democrats in Congress to impeach Trump for supposedly threatening to withhold funds if Ukraine didn’t investigate Joe Biden? Why is it illegal and evil for Trump, but legal and heroic for Biden?

Biden bragged on camera about his threat to Ukraine, while Trump and the Ukrainian Prime Minister denied there was a “pay to play” scheme. But Democrats want to impeach Trump anyway – for allegedly doing what Biden bragged about actually doing.

This weekend, Trump orchestrated the raid where the Iraqi-born leader of ISIS, Abu Bakr al-Baghdadi was killed, and Congressional Democrats condemned him for not getting their permission before the raid. But they had nothing but praise for Obama when Seal Team Six took out Osama bin Laden, who orchestrated the 9/11/2001 destruction of the World Trade Center Twin Towers, killing almost 3,000 Americans.

Bin Laden and al-Baghdadi were both evil men who orchestrated killing Americans. Again, why is it ok for Obama, but not ok for Trump? Ok for Democrats, but not ok for Republicans? This double standard has no place in our political system and this Trump-hating rhetoric needs to stop. 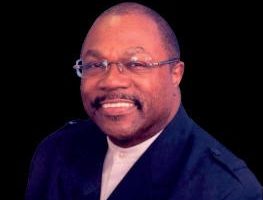 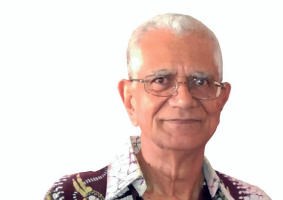 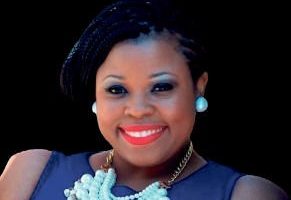