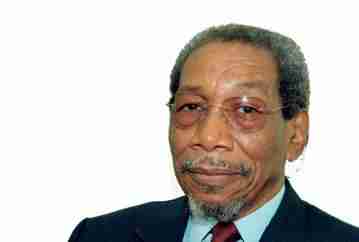 Hocus-pocus, just like that, the child sexual molestation case against judge John B. Bowman no longer exists. According to a City of Plantation Police Department’s recent Incident Report, the case was “closed/cleared 10/11/2018.” We asked that city’s police department attorney, Melissa Presser in September 2018, before we published our initial article about the judge titled “What do you think about this judge?” and she said the “case is inactive.”

Perhaps our query generated closure of the case, which took place a short while after our article was published. On Jan. 24, 2011, teenager Charles Harper told Plantation Police that he had been living with Judge John B. Bowman for about ﬁve years, since he was 11, and until Bowman got married, the judge slept with him. The Incident Report lists sorts of sexual behaviors initiated by Bowman, according to Harper, none of which can be proved by evidence.

However, it appears that this case may have been made to go away. Ofﬁcer Michael A. Zellar, author of the “Incident/Investigation Report” in question, took this statement from Harper: “The victim advised that he had found, and viewed a VHS tape of himself naked while taking a shower that the suspect had hidden in his closet.” That might be possible evidence, right? Apparently, totally ignored! No legal recovery of the tape is known to have been pursued. Why?

Why and how Judge Bowman got to preside over a similar predatory case while his case with Charles Harper’s allegations was still active, although not mysterious to African Americans, is, nonetheless, highly irregular. In fact, the Florida Code of Judicial Conduct says, “Canon 3 E. Disqualiﬁcation.

(1) a Judge shall disqualify himself or herself in a proceeding in which the judge’s impartiality might reasonably be questioned. . . .”

Outspoken, Black, female attorney, Angela L. Dawson, refuses to allow the good ol’ boys system in the Broward County Courthouse to deﬁne her and the Black and mainly poor clients she oftentimes represents. When Dawson found out that the same Plantation Police Department, and the same detective investigating child molestation charges against Plantation resident, Judge Bowman, was the same ofﬁcer heading her clients child molestation case, she requested the judge to recuse himself from her case because of an absolute conflict of interest. Why was she denied?

With the criminal aspect of Attorney Dawson’s molestation case against a Black Broward County school teacher and coach resolved with the predator receiving a 30 year prison sentence, for impregnating a student and making her have an abortion, her civil case involving the school board ensued, and she drew Bowman as Judge. It was accurately surmised from the beginning that no matter what, Bowman would block her clients from successfully suing the Broward County School Board.

Judge Bowman denied Attorney Dawson and her clients’ “Motions to Disqualify” prompting her to take the case to Florida’s District Court of Appeal. On Jan. 19, 2022, the Court of Appeal responded with a terse one sentence letter stating “….motion for rehearing, rehearing en banc, written opinion, and certiﬁcation is denied.” The Black female lawyer and her Black mother and daughter clients are hopeful of going before the Florida Supreme Court. They recently got a case number, and paid the ﬁling fee.

For Black people there is always that gnawing at our nerves due to so many encounters with so-called white people that one knows are operating at the intersection of corruption, racism and misogyny, sometimes simultaneously. Often this is accomplished while waving the flag of patriotism under the guise of democracy and its flagship, law and order as equal justice.

NOTE: please Google Al Calloway column “What do you think about this judge” for detailed background for this article. Al.Calloway715@gmail.com

Next post Will Biden place a Black woman on the Supreme Court?