Could Cuomo be a threat to Biden? 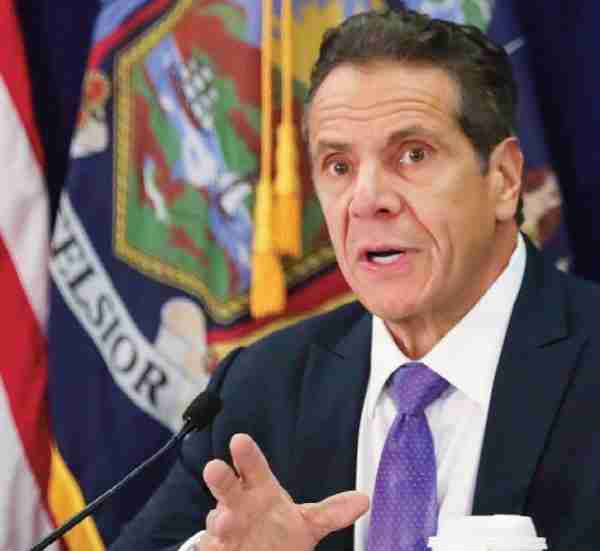 Former Vice-President Joe Biden had better hope and pray that the Chinese virus (COVID 19) pandemic in America ends soon — not just for the sake of the country, but his political future. Why?

Because New York’s Democratic Gov. Andrew Cuomo is showing that he could be the ﬁrst actual threat to Biden and the Democratic Presidential nomination — unlike the weak and lackluster group whom we saw in the Democrats’ debates.

Biden’s delegate count makes him a hands-on favorite for the nomination. Since Cuomo never entered the race, how could he even be considered?

Never underestimate the Democratic National Committee (DNC) and the Democratic Party’s establishment’s “strange way” of changing rules in the middle of the game.

Don’t think for a minute that establishment Democrats and their media buddies aren’t noticing the comparison between Biden and the New York governor.

Cuomo is the CEO of the state of New York — which has the largest number of COVID-19 virus cases in the country — and is a former Secretary of the Department of Housing and Urban Development (HUD).

Biden has no such executive or management experience.

Notwithstanding the fact that New York is a net exporter of residents with “more people moving out than . . . moving in” and has lost a net 1.4 million residents since 2010, the governor is showing leadership, expressing empathy and an understanding of the needs and fears of his constituents.

While Cuomo is getting nationwide wall-to-wall coverage in his almost daily lengthy press conferences on the virus’s impact on his state, Biden has put both feet in his mouth on the issue. He and his friends in the media were quick to call the president’s Chinese travel ban racist and xenophobic when they knew the virus originated in the Chinese city of Wuhan.

If it’s up to Biden and Washington Democrats, America’s response to the pandemic would have been dictated by the left’s and media’s political correctness.

There would have been no initial ban on Chinese or European travel. If Cuomo supporters want to make a move to get the nomination at the convention, they are sure to have the very biased media on their side. They show their contempt for the president daily as evidenced by their many hostile questions while Democrat Cuomo gets only praise and courtesy from his press corp.

Do you really think that Biden could hold daily and lengthy press brieﬁngs on the virus with no teleprompter and answer questions and inspire conﬁdence as does Trump?

Would he get the same largely hostile questions the president gets?

Other than veteran White House journalists such as Newsmax’s John Gizzi and Fox News’ John Roberts, and a few others, it is apparent that several press corps millennials see their mandate as trying to catch the president in Gotcha! journalism rather than reporting the facts on the governments’ reaction to the pandemic.

Meanwhile, reporters in Albany treat the Democratic governor with politeness, courtesy and respect.

Watching Trump and Cuomo’s performances at their press conferences makes one thing obvious— Biden could not hold a candle to either one of them.

According to Mathew 26:15 in the New Testament, it only took thirty pieces of silver for Judas Iscariot to betray Jesus.

How many pieces of silver and in what form will it take for the DNC and the Democratc establishment to betray Biden in favor of someone — like Cuomo—whom they feel would be a stronger candidate against President Donald J.Trump?

Next post PART 4: Democratic control of the black community