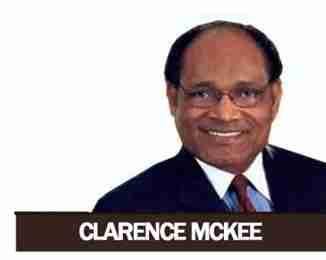 Listening to last week’s presidential debates, one would think that Democrats only care about protecting illegal immigrants; that is, giving them free health care and other benefits as well as decriminalizing illegal entry across our borders.

All other Americans – black, white, brown, veterans, seniors, the middle class, permanent residents, and naturalized citizens – are not a priority on the agenda of most of the 2020 presidential hopefuls.

They just have to pay for the billions of dollars in “freebie” benefits Democrats want to give to illegal immigrants.

And let’s not forget that, while these candidates and their supporters express empathy for illegal immigrants, they — including gay candidate Mayor Pete Buttigieg (of South Bend, IN), are silent about the vicious left wing antifa attack on a conservative gay Asian journalist — Andy Ngo — in Portland, OR.

Hypocrites all. As to illegal immigrants, the biggest losers in this Democrat agenda are Lawful Permanent Residents (LPR) and naturalized American citizens.

According to a Department of Homeland Security (DHS) May 2019 Report “Lawful Permanent Resident Population in the United States:

January 2015,” LPR’s, also known as “green card” holders, are immigrants who have been granted “lawful” permanent residence in the U.S.but have not yet become citizens.

The DHS’s U.S. Citizenship and Immigration Services (USCIS) Naturalization Fact Sheet, updated May 5, 2017, states that, during the last decade, USCIS “welcomed more than 7.4 million naturalized citizens into the fabric of our nation . . . “

As noted, the process is lengthy and can also be expensive when various application and other costs, including attorney’s fees, are included.

With that background, it’s disheartening to watch LPR’s and naturalized citizens, who have obeyed the laws and patiently waited for years for their legal status, being slapped in the face by Democratic presidential hopefuls.

If these candidates get their way, illegal immigrants would not even be considered law breakers if entering the country illegally.

Democrats are telling legal immigrants that they were fools for obeying the law.

The new Democratic agenda would have no southern border, meaning the U.S. would be come a “territory,” one with no rules of entry and a “Y’all come” sign where the border once was.

There is one thing that white and black “open borders” Democrats forget illegal immigrants to whom they would give drivers’ licenses and other forms of identification so they can eventually vote will vote for people who look and sound like them.

They’d better think about how long they will survive in public office when their districts/cities become majority HispanicLatino with significant illegal immigrant constituencies.

They most likely would not survive a primary. Why vote for a white or black liberal progressive when they can get the real thing? One of their own! Reps. Alexandria Ocasio-Cortez, DN.Y., Ilhab Abdullahi Omar, D-Minn., and Rashida Tlaib, D-Mich., may be just the beginning!

If forsaking legal immigrants, taking away private health insurance from millions, and throwing thousands of insurance company employees out of jobs were not bad enough, Democrats are sacrificing the interests of their most loyal constituency — black Americans — at the altar of socialist giveaways, to illegal immigrants.

Illegal immigration drives down wages in the low-skilled labor market and hurts blacks and others who are disproportionately concentrated in that sector.

President Trump said it well in his January Oval Office speech on immigration, ” . . . all Americans are hurt by uncontrolled illegal migration. It strains public resources and drives down jobs and wages. Among those hardest are African-Americans and Hispanic Americans.”

What’s truly sad is the silence of most black civil rights and political leaders on the negative impact of illegal immigration on their own communities.

Both advocate the socialist-democratic line of open borders and free healthcare for illegals without regard to the needs of black lower and middle-income Americans.

By trying to get “race-card” brownie points and feigning sensitivity to racial issues by attacking Joe Biden, they are demonstrating that they don’t care about and have no awareness of the negative impact of their policies on all Americans.

As I wrote in this space in January, Project 21, an organization of black conservative leaders, supported the president’s enforcement policies to “stop the unfair strain on public services caused by illegal immigration.”

Its report, “Blueprint for a Better Deal for Black America” observes that taxpayer funded programs are “being reduced or unavailable to black Americans in too many communities due to illegal residents taking advantage of them.”

They haven’t seen anything yet!

If these presidential “wannabees” policies come to pass, America as we know it will no longer exist.

Clarence V. McKee is president of McKee Communications, Inc., a government, political, and media relations consulting firm in Florida. He held several positions in the Reagan administration as well as in the Reagan presidential campaigns. He is a former co-owner of WTVT-TV in Tampa and former president of the Florida Association of Broadcasters. Read more of his reports online.

Next post Stevie Wonder scheduled for kidney transplant this fall