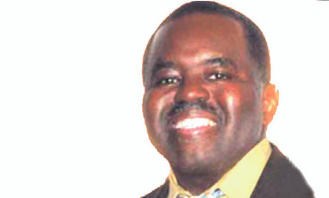 A company that doesn’t do any business saw its stock soar as much as 400% this week on word it would help launch Donald Trump social media platform,” says Hamza Shaban – reporter of the Washington Post.

SPACs are shell companies that allow groups of investors to raise money, and then take a private company public.

These companies bypass the rigorous process of a traditional IPO, and they raise pools of cash, and the company is given a blank check. This really started in 2019 with only 59 companies, and last year there were 248 new companies, and this year there are 350 SPACs worth 100 billion dollars so far.

Ex-President Trump is pitching his new social media network as an upstart rival to the Big Tech companies, and he will not have to use his own money. Digital World Acquisition Corp is partnering with other investors, and placing a value of Trump’s new media company between 2 and 3 billion dollars. The date of the launch will be in the ﬁrst quarter of 2022.

The ironic concept and name of Trumps new media platform is “Truth Social.” Everyone knows that Trump very rarely tells the truth, but he is suggesting that his new platform will focus on the truth. This is obviously a lie, but what else could we expect from him.

The entire idea of this new network is offensive and disgusting, and extremely frightening. Racism is alive and well, with millions of customers, there will be millions of foot soldiers for White Supremacy.

The concept of the Critical Race Theory will probably be discussed on this platform, and White folks do not want to feel bad or guilty about their history.

With the majority of Americans being people of color, this network would be White centric, and be built on lies. The subject materials would be whitewashed, and it will be grounded on White Supremacy when launched.

On the other hand, Black people and people of color are teaching their children the truth about the atrocities committed by White people against our ancestors during slavery. There is a brutal and tragic history of America, and I wonder how White people will hide this reality from their children.

“And the past is not done with us – slavery created the economy and wealth that led to America becoming a global economic power. You didn’t have to own slaves in order to participate in that wealth building but all the wealth derived from it went to white people, and was thus stolen from Black people,” says Toure.

It is very easy for White people to lie, because they make up a tenth of all the people in the world. In America, White people violated treaties, and slaughtered the natives already here. It is very difﬁcult to tell the children the truth about the history of the country, so again it is easy to lie.

There is a pool of investors and money to launch this new social media platform – named Truth Social. The proper name for this platform, from my perspective should have been “lies incorporated.”