In America voting is under siege 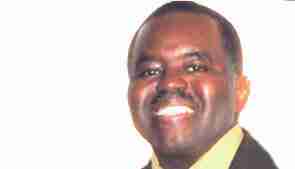 The cornerstone of a Democracy is the ability to vote. Voting is every citizen’s voice, and is the civic responsibility of all eligible voters. Free and fair elections are the foundations of a healthy Democracy, and many have died for this right.

In 2020, voting is under siege, and President Trump has made the decision to suppress voting by making it harder to vote. During the primary in Texas during the coronavirus, hundreds of poll locations were eliminated and there was one polling location left for 200,000 voters in the Black community. Not only was it impossible for many Blacks to vote, the location was forced to close early.

It is obvious that this is not fair, but the presidential election will be blatantly corrupt, and there will be no action too low for Trump and his team. From the very beginning of President Trump’s administration, he has never told the truth, and everyone on his team will be looking for dirt on Joe Biden.

“The Voting Rights Act was signed 55 years ago this August, largely in response to the non-violent civil rights demonstrations of the early 1960s to address centuries of racial injustice.

During the iconic march from Selma, Ala., to the state capital in Montgomery, the American public witnessed the savage beating of Rep. John Lewis and other Black citizens who were simply asking for the rights guaranteed by the 14th and 15th amendment,” says Sydney Tellez, associate director, Common Cause New Mexico.

This battle for American voting rights has always been nasty, corrupt, and unfair, and started with the signing of the constitution. It never should have mattered your gender, your race, or what country you came from. White superiority, White manhood, power and money were always the deﬁning characteristics to vote in America.

Things have changed in America with protest, demonstrations and laws. The restrictions to prevent Americans to vote have ended with the elimination of poll taxes, literacy test, hiding poll locations, and impossible voter identiﬁcation requirements.

But in 2020, it appears that some of the same problems with voting rights have resurfaced, and many Republicans, starting with our president may refuse to follow the rule of law. Many of the governors have started purging the voter rolls in their state, and changing the voting locations at the last moment. Voting is under siege, and Republicans will suppress the vote by any means necessary.

“Even as we sit here, there are those in power who are doing their darnedest to discourage people from voting. By closing polling locations, by targeting minorities and students with restrictive ID laws, and attacking our voting rights with surgical precision, even undermining the Postal Service in the run-up to an election that’s going to be dependent on mail-in ballots so people don’t get sick,” President Obama said during the ceremony at Rep. John Lewis funeral in Atlanta, Georgia.

The 2020 presidential election will be a challenge for everyone in America. With Covid-19 everyone is scared and there could be an outbreak at any of the early poll locations. Safety is on everyone’s mind, and it will take money, resources and well thought out plans, for residents to vote.

During former President Obama’s eulogy for Rep. John Lewis he called for, “Automatic voter registration, and including voting for former inmates, who earned their second chance.” He said polling places and early voting should be expanded, and Election Day should be made a national holiday.

The fight for free and fair elections will continue, and hopefully more young people will be engaged, and vote.

“The election of 2016 was a wakeup call. Voters were threatened and given false information. Hundreds of thousands of voters were purged from the rolls all over the country. People who had voted for decades were turned away from the polls. What happened? It was the first election in over 50 years without the protection of the Voter Rights Acts,” said Rep. John Lewis.