It is difficult to hold prosecutors accountable in racist America 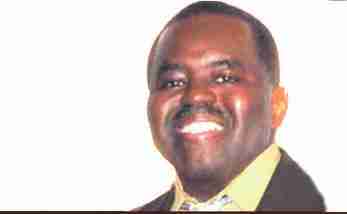 Any time a Black person in America is prosecuted in the court system, there is very little they can do about the fairness of the outcome. It is very easy for social advocates to talk about true justice, but the inner working of the justice system is almost criminal, when it comes to prosecutorial misconduct.

“The prosecutor has more control over life, liberty, and reputation than any other person in America,” says former U.S. Attorney General and Supreme Court Justice Robert H. Jackson.

Prosecutors in America hold tremendous power, having discretion whether or not to bring criminal charges against someone, and what they will be. They have the power to hide information from the defense attorney or sometimes they can be working together to put an innocent person in prison. Prosecutorial misconduct occurs all the time, and many times they are aware that they are breaking the law.

“In a disturbing number of cases, the Innocence Project have found documents or notes hidden in a prosecutor’s case ﬁle containing information that would have directly supported our client’s innocence defense, but held back by the prosecutor at trial and kept hidden for decades,” says Nina Morrison, senior litigation counsel.

At this time in the justice system no one knows the extent of the prosecutorial misconduct, because a large percent of attorneys break the law on a daily basis. The system is set up for the lawyers to lie, and there are too many cases to worry about a few hundred. At this time, there are no reliable systems for holding prosecutors accountable for their misdeeds.

For decades the justice system has operated as a racist system, because 95% of the lawyers are White, and decisions were based on the color of one’s skin, amount of money in their bank account, and the grade level someone achieved. Not only are the prosecutors criminal, but the police are corrupt, because everyone is working together.

There is a viscous cycle in the American justice system, when White supremacy is alive and well. Last week, former Minnesota police ofﬁcer Kim Potter was sentenced to two years in prison (24 months) for killing Daunte Wright, a 20 year old Black motorist. The ex-police ofﬁcer stated that she got confused with her handgun, and her taser, and fatally shot Mr. Wright. Judge Regina Chu said the lesser sentence was applicable because the expolice ofﬁcer was in the line of duty. On the other hand, the mother said, “Today the justice system murdered my son all over again.”

The justice system is organized to protect the people in power. The defense attorney, who probably worked for the county or state made sure that the ex-police ofﬁcer would get a good deal, and will properly not stay in prison for the 16 months required by the law.

“Under current United States Supreme Court precedent, prosecutors are frequently granted immunity from civil lawsuits, meaning they cannot be sued by a wrongly convicted person, even when they intentionally violate the law,” says Morrison.

The justice system needs reform minded district attorneys to challenge corrupt prosecutors, and expose why so many people of color are being incarcerated. For years little was known about the power of prosecutors, and there is still very little being exposed. It is important that there are more organizations committed to exposing prosecutor accountability, and the justice system is being challenged. Mass incarceration is allowed, because there is no reliable system for holding prosecutors and judges accountable for them breaking the law. This is just the beginning of the justice system being challenged, and the path to justice is truth, and you must be willing to ﬁght.