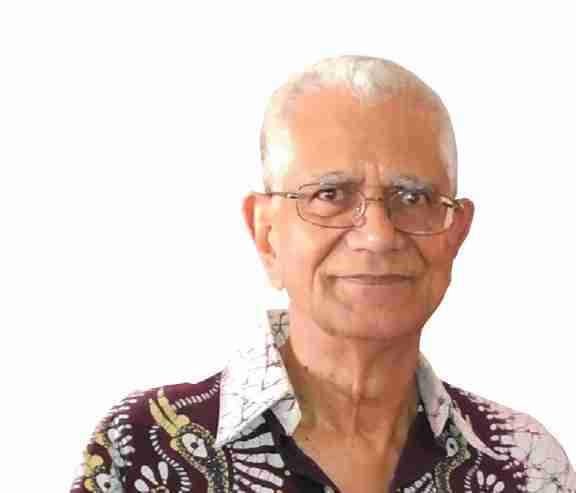 The votes are still being counted but it looks like a hurricane did not blow away Democrats in Tuesday’s mid-term elections and a decadeslong stealth campaign financed by billionaires to take over the government is on hold. Still, it is worth remembering the warnings from three writers about what could happen if it does.

Charles Koch, since at least the 1960s, mulled over options to use his wealth to change America. Meanwhile, economist James McGill Buchanan had established the Virginia school of political economy at the University of Virginia in 1956 and was promoting ideas which would resonate with Koch, notably that there were the wealth “makers” and the “takers” who devised ways to get some of it.

Buchanan’s ideas were “so groundbreaking, so thoroughly thought out, so rigorously tight, that, once put into operation, they could secure the transformation in American governance” that Koch wanted: to “save capitalism from democracy – permanently,” historian Nancy McLean wrote in her 2017 book “Democracy in Chains.”

An initial focus on “training intellectuals for a battle of ideas” was expanded to include “training operatives to staff the far-flung and purportedly separate, yet intrinsically connected, institutions” funded by Charles Koch and his brother David and “their large network of fellow wealthy donors,” McLean said. The institutions included the Cato Institute, the Heritage Foundation, Citizens for a Sound Economy, Americans for Prosperity, Freedom Works, the Club for Growth, the Tax Foundation, the Reason Foundation, the Competitive Enterprise Institute and the Leadership Institute, along with the Charles Koch Foundation and Koch Industries.

Journalist Jane Mayer, in her 2016 book “Dark Money,” had already reported that the Koch brothers “subsidized networks of seemingly unconnected think-tanks and academic programs and spawned advocacy groups to make arguments in the national political debate.” She added, “They hired lobbyists to push their interests in Congress and operatives to create synthetic grassroots groups to give their movement political momentum on the ground. In addition, they financed legal groups and judicial junkets to press their cases in the courts.”

Despite Chares Koch’s claim of transparency in his donations, Mayer said, two of his foundations made grants of nearly $8 million between 2005 and 2011 to DonorsTrust, “whose stated purpose was to mask the money trail.” The donations included more than $760 million which the Koch brothers and their allies gave “to mysterious and ostensibly apolitical nonprofits” that included the Freedom Partners Chamber of Commerce, the Center to Protect Patient Rights, and the 4 Trust. “From there, the money had been disbursed to dozens of other nonprofits, some of which were little more than mailboxes, which then spent the funds promoting the donors’ political interests, both directly in elections, and indirectly in countless other ways,” Mayer said.

The CNP’s goal was “to change the rules” by “developing a long-range strategy to target critical districts and activate previously unengaged voting blocs” before 2031, when European Americans will be a minority. The CNP “spent decades building a framework to advance its agenda,” concentrating on regions traditionally neglected by the Democratic Party and the national media. Its strategists sought to capitalize on “regional resentments” and “showed an astute grasp of electoral politics, finding hidden pockets of evangelical voters and identifying issues that could drive them to the polls,” Nelson said. “They displayed a special talent for pinpointing the districts and swing states that could win them critical victories. The intricate mechanics of the Electoral College and redistricting presented a narrow window to circumvent the popular vote and they seized the opportunity.”

Radio played a crucial role in this strategy, especially those in the Salem Media Group, co-founded by Epperson, a former CNP president; the Bott Radio Network; and the American Family Radio networks, founded by Donald Wildmon. “Over the years, they have connected their holdings to a cohort of pastors, politicians and tycoons, creating an armada of radio stations and news outlets loyal to the CNP’s political agenda and selling millions of Americans on its harsh combination of plutocracy and theocracy,” Nelson said.

During all this, Democrats seemed to lack situational awareness, a term being used more and more in football, and hardly in the game. Still, it was something else that gave momentum to this stealth radical right revolution: Donald Trump’s entry into presidential politics.

Evangelists initially rejected Trump, whom critics deem narcissistic and amoral, as the Republican candidate for the 2016 election, but came around after he pledged to implement their agenda if elected, and after he began winning primaries. But even the Trump presidency in itself was not enough to transform government as the radical right wanted. That started to happen when he launched his Make America Great Again (MAGA) movement, took control of the Republican Party and refused to accept his re-election defeat in 2020.

Trump did not create his movement all on his own; the base was already in place, thanks to Buchanan, the CNP and Koch. But that traditionally unrepresented constituency rallied to Trump with such fervor as to make him the uncrowned Republican king. The Republican leadership promptly fell in line, including almost all Congressional Republicans, who twice blocked his removal from office after he was impeached and have refused to denounce the failed Jan. 6, 2021, coup which critics say he inspired to keep him in office.

Trump assumed a kingmaker status, seen on display during Republican campaigning for the mid-term elections. Ideology and political platforms took a back seat to denying the validity of the 2020 election among his acolytes running for election or re-election. Those candidates, who may very well emerge in control of Congress, are committed to an agenda that reflects the radical right platform. Some have committed to electoral changes that could keep Republicans in power indefinitely, especially in view of the lopsided power which the Southern states hold out of proportion to their population sizes. Programs such as Social Security. Medicare/Medicaid and Obamacare continue to threatened. A proposed federal ban on abortions can be expected.

Congress is expected to remain split at least for two more years, this time favoring Republicans but providing space for reflecting on the 2024 presidential election. It will be interesting to see if voters can be persuaded then to finally realize Koch’s vision to “save capitalism from democracy.”