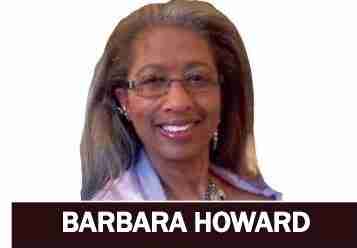 Many people, black and white, voted with extreme emotion for the “First Black President of the United States.” They voted for “Hope and Change.” They got change, but did they get what they wanted, and if so, at what cost?

Obama took the greatest country in the world which exists on democracy, capitalism, economic strength, military might and the American Dream and changed us into a Socialist wannabe state. So let’s look at some of the legacy he is leaving us.

He promised to close Guantanamo Bay. Why? Good question. He let out close to 200 Islamic terrorists and prisoners of the Iraq war captured after the horrible murder of over 3,000 innocent people in the destruction of the World Trade Center on September 11, 2001.

There are still close to 80 of the most dangerous terrorists left and he is desperately trying to find a country to take them before his last day in office approximately four months from now. He wants some terrorists placed in a facility here in the U.S., but has been blocked by both Republicans and Democrats in Congress.

Does he care that all of them are terrorists who hate America and will continue to find ways to kill us? No. So what happens to the base located on the tip of Cuba when it becomes empty? Does he just give the property to Castro, his new best friend? So who else has he taken from behind bars and put back on American soil?

Obama has commuted the sentences of more criminals than the last nine presidents combined. Senator Richard Shelby of Alabama charged Obama with commuting more sentences than anyone in 100 years. The 562 major criminals were mostly drug /crack cocaine dealers, some with life sentences and firearms charges. According to the New York Times, he has also released more than 6,000 inmates, the “largest discharge of inmates from federal prison in U.S. history”.

Many of these released are illegal aliens. But most were sentenced under the harsh penalties that the Congressional Black Caucus (CBC) and Democrats passed in an effort to rid the inner cities of the plague of crack cocaine and the accompanying epidemic of death, gun violence and the destruction of black families. So guess where these released criminals went? Right back to the black communities from whence they came. Hello!!!!

What makes a president want to do such disastrous things? But to add insult to injury, while he’s releasing violent prisoners, he’s letting thousands of illegal aliens enter into the country, including over 10,000 unvetted Syrian refugees. Further he has bypassed Congress and through Executive Orders is letting over three million illegal aliens remain here without fear of deportation.

To top that, Obama’s Deferred Action for Childhood Arrivals (DACA) has illegally allowed thousands of unaccompanied children (UCs) to enter into the U.S. through Mexico from countries like Honduras, Guatemala, and El Salvador.

Sheriff Paul Babeu from Pinal County, Arizona said on Fox News that Obama created the largest prison break in U.S. history because he has released over 84,000 illegal immigrant criminals, including 6,400 from countries like Syria, Afghanistan, etc.

This immigration problem hits us close to home here in South Florida. As we speak there are over 1,400 UCs housed in Homestead where they get free housing, health care, food, clothes, etc. while staff work to reunite them with their relatives. Most of these kids are violent gang members, mules and drug dealers. Sound familiar? Donald Trump got blasted for saying this.

Our tax dollars pay for these kids. Meanwhile black kids can’t even get jobs. But instead of fighting for our kids, the N.A.A.C.P. has made immigration part of their major focus. And Democratic governor Terry McAuliffe illegally restored the voting rights of over 220,000 felons in Virginia.

So while Obama focuses on drug dealers, felons and immigrants, his policies have killed millions of jobs, adding more than 14 million more people on food stamps.

Here in Florida, Obama even closed down the NASA space program, putting almost 9,000 workers out of jobs and charged the new NASA chief with becoming a PR outlet for Muslim countries.

But Obama’s staunch supporters continue to call him “the greatest president ever.” They don’t care what he has actually done. He played on just being “The First Black President.” Mohammed Ali called himself “The Greatest.” which was true at the time. However, statistics show Obama’s presidency has been a disaster. That’s his real legacy. And Hillary will only continue it. Obama “The Greatest”? Yeah, “The Greatest Pretender”!